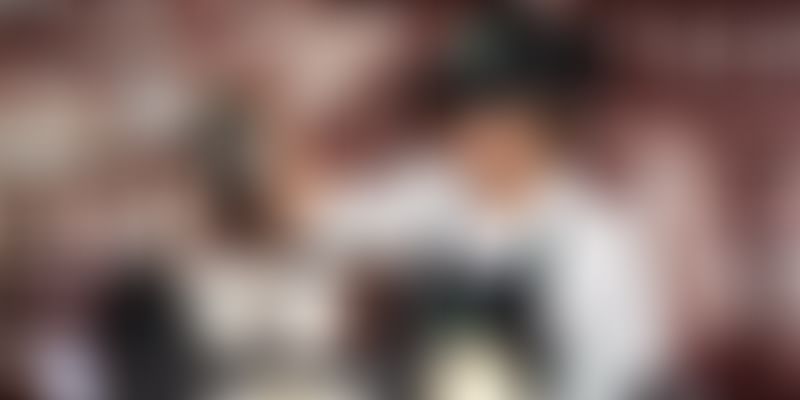 This Delhi girl will soon fly to Seattle to visit the very first Starbucks outlet. Read on to know why.

We are all familiar with the doctor or engineer career trap that Indian parents cajole and coerce their offspring into. It is also true that awareness of alternate career options is low. However, things are changing and it is heartening to hear stories of young people who are charting their own journey, that too off the beaten path. This is the story of one such youngster–Geetu Mohnani–who has flown to Taiwan and back, thanks to several cups of coffee!

Geetu, 23, is a barista with Starbucks. She says, “Becoming a coffee expert takes dedication and a deep love for and understanding of coffee.” On March 31 this year, Starbucks Corp. hosted its second Annual Barista Championship in Taiwan to recognise and reward their baristas for their coffee passion and talent. Sixteen baristas from 15 Asian countries competed before hundreds of other baristas as well as family and friends for the grand title.

The competitors had to prepare and serve different types of coffee–espresso, cappuccino, and a few signature drinks–in the stipulated time for the sensory judges, who would choose the winner based on the flavour, aroma, and proficiency with which the beverages were crafted. Geetu says, “The atmosphere is quite stressful, but I am glad I made it to the third place.”

The Delhi girl who is dreaming coffee dreams

She will now have the privilege of flying down to Seattle to visit the Starbucks Coffee Hub established in 1971–where it all began! The premium coffeehouse chain now has over 20,000 stores around the world.

A store manager at the Delhi Domestic Airport Store, Geetu says that the best thing about her work is the people facing aspect of her job. She says, “Connecting with customers is really important as it creates the trademark Starbucks Experience which brings them back to our stores and makes every visit special. I make it a point to remember regular customers’ names and orders and train my baristas to do the same. It helps customers develop a sense of belongingness and makes every moment personalised.”

Perfecting the storm in the coffee mug

Working in a coffee store automatically allows Geetu to keep her passion for coffee alive. She ensures that every drink served is perfect or it is made again. Being the only coffee master in her store means Geetu is the only one who gets to don the black apron amid all the green aprons. Experts in all things coffee, a coffee master has to pass five rigorous levels of Coffee Master training. Geetu exclaims with a smile,

My love for the bean keeps growing each day and so does my passion for my work.

Geetu shares an anecdote to explain how her work is as much about coffee as it is about relationships. She says, “I used to have a very regular customer named Tina, who, when she first met me at Saket store, was new to India and wasn’t aware of how to travel to Greater Kailash for a doctor’s appointment. As my shift was going to finish soon, I offered to help. She asked me to come along and since then, we have remained in touch throughout my journey at Starbucks. She keeps visiting whichever Starbucks store I get transferred to, just to meet me.”

Geetu’s dream is to own a house that has its interiors perfectly designed by her. Being the classic homebody, home is her safe space. She also wants to go on a girl’s world tour with her mother and sister.

Geetu belongs to the city of lakes–Bhopal in Madhya Pradesh, growing up in a laidback small city ambiance. A hotel management graduate from IHM-Goa, Geetu got placed in Starbucks through campus placement. Geetu’s mother is a teacher and she has two siblings, an elder sister whom she describes as her twin soul, currently working with Infosys, Mysore, and her younger brother, the pampered child of the family, who is pursuing his graduation.

Geetu’s story is one of many in our treasure trove at HerStory. A bartender who mixes drinks with flair, a surfer who rules the waves, a firefighter who tackles scary fires head on, the stories of these amazing women should inspire youngsters to not just dream big but to dream different as well.