Discovered in Madagascar in the 19th century, Gulmohar trees are painting this city red 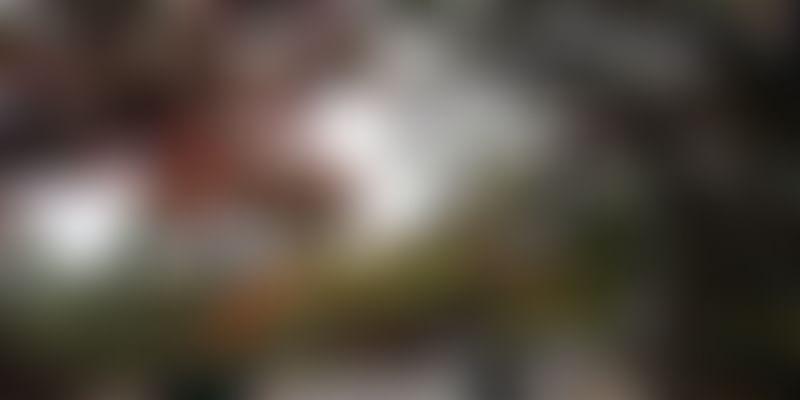 Walking along the bustling streets of Bengaluru, one might just be able to ignore the rising temperatures the city is facing this summer. Between the traffic signals and the chaotic junctions are plumes of flaming orange, with Gulmohar trees in full bloom across the city.

Discovered in 19th-century Madagascar by botanist Wesnel Bojer, the Gulmohar is flamboyant when in bloom, even thought of as the world's most colourful tree. For several weeks in summer, the tree is covered by exuberant clusters of flame-red flowers, which on closer examination are striking: they have four spoon-shaped scarlet or orange-red petals and one upright slightly larger petal which is streaked and marked in yellow/white. The Gulmohar is naturalised in India and is widely grown as a street tree for its umbrella-like canopy and of course for its stunning flowers.

In many tropical parts of the world it is grown as an ornamental tree and in English, it is given the name royal poinciana or flamboyant. It is also one of the several trees known as "flame tree." Bengaluru, which is observing soaring heat this summer, has a huge number of Gulmohar trees, especially in the older areas like Basavanagudi, Malleshwaram, Indiranagar, Jayanagar, Cubbon Park, IISC campus, GKVK campus, among others. In India particularly, the tree walks away with the limelight in its peak season i.e. between April to June.

Nature enthusiast and bird watcher S Karthikeyan in an interview with The Hindu said,

Bangalore has flowering trees every month. When the city was first planned, the trees that were planted were selected so that they would flower at different times. But we have lost many trees to development.

Gulmohar trees also have cultural significance. Saint Thomas Christians of Kerala believe that when Jesus was crucified, there was a small royal poinciana tree near his cross. It is believed that the blood of Jesus Christ was shed over the flowers of the tree and this is how the flowers of royal poinciana got a sharp red colour.

When compared to other trees, the wood of the Gulmohar trees is weak, so they have buttressed roots for extra physical support. Most of the rotting branches of the tree are home to barbets. The holes that these barbets make are strongly sought after by other birds like robins and mynahs.

Owing to the extent of urbanisation in the city, a Scroll article says,

For every Bangalorean, there is now 0.1 tree, or a tenth of a tree.

With the sky being painted red at every dawn, the rise of Gulmohar trees in this particular season has surely proved to be a visual treat for the residents of Bengaluru.

(Disclaimer- All photos used above are clicked by Mr. Sharath Ahuja, a freelance writer with a penchant for science and technology. He calls himself an amateur photographer but the pictures do speak the otherwise! )