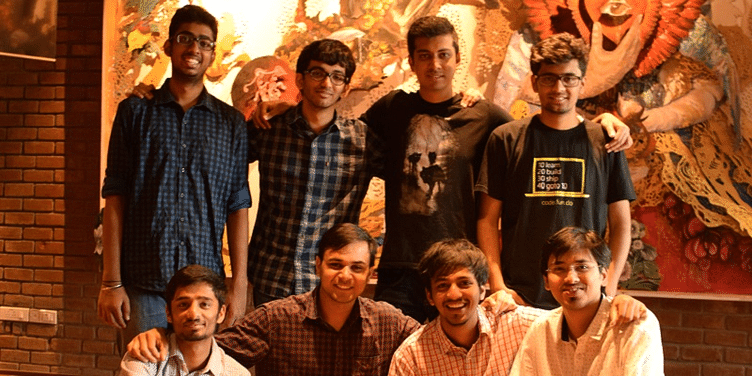 Vernacular.ai, a platform that uses NLP to build multi-lingual chatbots for businesses, has raised seed funding from Kalaari Capital's K-Start.

Four friends from IIT Roorkee -- Sourabh Gupta, Manoj Sarda, Akshay Deshraj, and Prateek Gupta -- felt that with the growing mobile internet penetration, it was important to build something that helped the next 500 million Indians come online. And just as pressing was the need to improve their online content experience.

The four, who have been friends for five years now, saw that in several rural and urban areas, businesses had neglected non-English speaking users on the digital channels. Thus, many who even had access to the internet didn’t have the access to content.

That was when they decided to start Vernacular.ai, a platform that helps businesses interact and engage with their multi-lingual customers in the languages preferred by them, using NLP technology. The platform works as a multi-lingual conversational agent for businesses.

Focus on the problem

The team has also raised seed funding from K-Start, the seed division of Kalaari Capital.

“We are building our own in-house technology in collaboration with leading industry participants and academia,” he says.

Earlier this year, Vernacular.ai had first launched as a B2C product, Aisha, a personal assistant in Hindi for people living in Tier II and III cities. “The product saw strong traction, with 50,000 users exchanging over a million messages in a short period,” says Sourabh.

Now, with Vernacular.ai, the platform is focused on B2B business to help organisations build multi-lingual chatbots. The technology core has two main components:

“We have also been working with financial institutions on interesting use-cases resulting in scalable ways to increase business, reduce operational expenditure, and enhance customer loyalty and satisfaction,” adds Sourabh.

India is believed to have over 100 million English speakers, amounting to close to 10 percent of the population. It must not be forgotten, however, that the country is a multi-lingual nation, with close to 780 languages, according to the People Linguistic Survey of India.

A large majority of the next 300 million users coming onto the mobile internet platform would prefer to consume content in local languages.

The number of users from rural India alone is estimated to touch 280 million by 2018, which is almost the total population of the United States. It is also estimated that 90 percent of internet access in rural areas will be through a mobile phone.

Thus, it is no surprise that several players are getting into the local language game, including ShareChat, India’s first social network in local languages, which recently raised Series A funding from SAIF Partners. Other news aggregators like Tiger-backed InShorts, Way2News, and Hike (News) are also focusing on local Indian languages. There also is DailyHunt, which recently raised Series D investment of $25 million.

Focusing on the B2B space is also the Aspada-backed Reverie Technologies, which is helping companies be multi-lingual friendly.

With this funding round, Venacular.ai is focused on building a stronger product and is also looking to hire more people on their tech team. Sourabh says,

“Our vision is to create a broad-based engagement platform for a billion Indians using AI to address the needs of people who can be reached only through vernacular languages. In a country of more than 1.3 billion people, only about 150 million can understand English. For others, the internet is largely inaccessible. We are building India-specific products to solve this problem.”

Disclaimer: Kalaari Capital is an investor in YourStory.