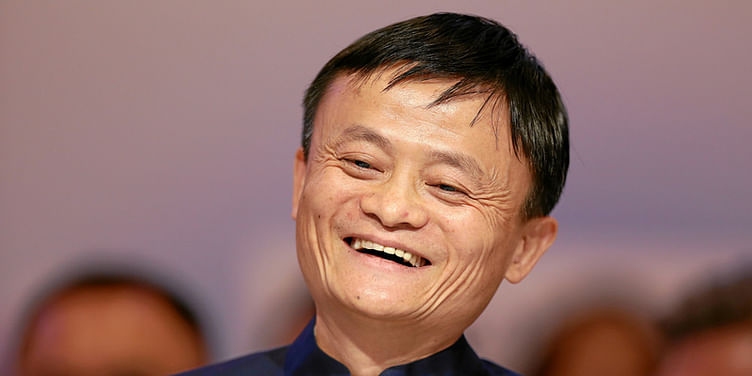 A little boy once believed that everything was possible, as long as you tried your best for it. Growing up, he had to face the edge of the knife more times than he was willing to count. He faced a series of closed doors, be it when he was attempting to pass college or when he was turned down for 30 different jobs. And somewhere along, his optimism began to get marred by experience. Refusing to be dissuaded, he adopted a new and more practical mantra over time – persistence is key.

This little boy grew up to be none other than Jack Ma, Founder of Alibaba. In March 2016, this leading Chinese e-commerce company boasted of a net income of CN¥71.46 billion. While Jack Ma’s incredible story of earning $12 a month to becoming a multibillionaire is a definitive rags to riches tale, he attributes his sparkling success to relentless effort over a turn of luck.

And today, the almost stubborn persistence of a young man who refused to bend down to fate has finally paid off. To nobody’s real surprise, Jack Ma was recently announced the richest person in the whole of China, and one of the top billionaires of Asia as well.

For Ma, this success today has come at the price of his youth in a way, where he stepped one foot into quicksand more times than he can count today. However, this also taught him to keep one foot on the ground and pull his way back onto safe land and watch his step in the future.

Like many legends before him, Jack Ma refused to be told no. And like his fictional idol, Forest Gump, he ran like hell towards his own finish line no matter the challenges thrown at him. From a very young age, Ma realised his failures and weaknesses, and learned to keep working on them until one day, they became his prize-points.

“I flunked my exam for university two times before I was accepted by what was considered my city's worst university, Hangzhou Teachers University. I was studying to be a high school English teacher. In my university, I was elected student chairman and later became chairman of the city's Students Federation.”

Coming last in class can have a serious impact on any child’s self-esteem, making them feel completely worthless. Despite running a leading tech company, Jack Ma was, and still is, terrible at math. He failed in multiple subjects in school and even failed the university exam twice before being accepted into an obscure college. Fortunately for him, he possessed an insight that reassured him that topping a class doesn’t equate to being intelligent or driven. Names like Albert Einstein, Abraham Lincoln, and Rabindranath Tagore reaffirmed his belief that intellectual prowess is not limited to the four walls of a classroom. He never stopped believing that his excellence lay elsewhere. Later, Ma even applied to Harvard University 10 different times and faced rejection all 10 times. This goes to show that more than securing a seat, his goal was to keep taking up a seemingly impossible challenge and try to work it out in different ways.

“I got my story, my dream, from America. The hero I had is Forrest Gump...I like that guy. I've been watching that movie about 10 times. Every time I get frustrated, I watch the movie. I watched the movie before I came here again to New York. I watched the movie again telling me that no matter whatever changed, you are you.”

Like any other student post-graduation, Ma was faced with the challenge of out-competing his batchmates and freshers across the country to secure a good job with a sufficient salary. A degree in English from a less than reputable college certainly didn’t work in his favour, and although he applied to 30 different jobs for safe-keeping, he was rejected from all. In an interview with Bloomberg, he even confessed that out of 24 candidates, he was the only one who was turned away from a position at KFC. On applying for a post in the police, he was told that he was “no good”.

That is more number of rejections than anyone should have to count at one given go, and if it were you and me, it would have possibly led to a breakdown of some kind. But for Jack Ma, the challenge had become a part and parcel of life. He managed to procure a small gig as a teacher in English and International Trade from the university he graduated from. While his pockets were practically empty, his heart was full of hope for the next step in his career. Even though at that point, he didn’t have a semblance of a clue to what it would be.

“In the beginning I just wanted to survive. For the first three years, we made zero revenue. I remember many times when I was trying to pay up, the restaurant owner would say, ‘Your bill was paid.’ And there would be a note saying, ‘Mr. Ma, I'm your customer on the Alibaba platform. I made a lot of money, and I know you don't, so I paid the bill.’”

When Ma set up Alibaba in 1999, it wasn’t an immediate success. The Chinese economy had not yet developed to support the e-commerce industry, which was believed to be a threat to traditional shop businesses. At every step of the way, Ma had to fight off resistance – from shopkeepers convinced that he was trying to put them out of business to government authorities who were suspicious of the privacy-factor that this online business model would affect. Coupled with this was the fact that Ma’s vision for the company entailed limited promotions for his existing partners, who were told that they could not rise beyond the ranks of managers. He did this so that a group of new hires would be attracted enough to occupy the open high managerial positions. This proved to be a fatal miscalculation on Ma’s part, since it led to the segmentation of the company into many unproductive layers and led some of his best people to walk out and take their resources with them.

However, he went on to rectify this mistake and concentrate on making his existing team a stronger, more unified unit. In the meanwhile, his efforts began to be recognised overseas. Soon enough, the company received its first round of funding from foreign investors – a step in the direction of making it the unchallenged force it is in the e-commerce world today.

As Jack Ma often puts it, “The very important thing you should have is patience.” Without it, you can never reach even a fraction of your true potential- which someday, could even change the world.