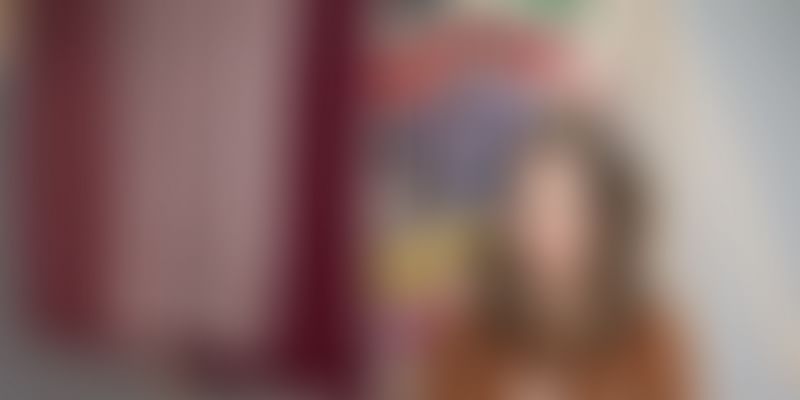 Jos&Fine is a Kashmir and France-based company that manufactures and sells authentic Ladhaki Pashmina.

It was in the year 1798 that Napoleon Bonaparte, stationed in Egypt with his forces, came across a light and warm fabric in the desert. Little did he know that the cloth he held was a Pashmina shawl, which had travelled all the way from Kashmir, through Iran and into Egypt, in the hands of a merchant.

Legend has it that Napoleon sent the shawl on to his wife, Empress Josephine Bonaparte. When the Empress saw the shawl, she is believed to have called it ‘ugly and very expensive, but light and warm nevertheless’. From there, it is said that she collected more than 400 shawls, and even had pillows, clothes, and coverlets made of the material.

Whether or not Empress Josephine set a trend in Europe centuries ago is yet to be truly discovered, but it cannot be denied that the Pashmina certainly does have a certain allure and charm, which it has retained over the ages. It was this very allure and charm that Jos&Fine set out to re-establish.

A shopping trip that started it all

Jos&Fine was nevertheless set up after 29-year-old Kashmiri Aaditya Kitroo and 28-year-old Frenchwoman Safia Igranaissi felt that there was a need to revive the shawl’s lost charm. The duo met while working in Europe.

Aaditya manages the actual manufacturing side of the business, which is run out of Kashmir, while Safia handles the marketing and designs, which come from France.

While shopping in Amsterdam during the holiday season in 2014, Aaditya happened to visit a few luxury boutiques in the city. He couldn’t help but notice the difference between the handcrafted Pashmina scarf he was wearing and the Italian and Scottish Cashmere scarves available in the market at exorbitant prices.

Aaditya was at the time doing his MBA at the Rotterdam School of Management and had worked in Western Europe for three years. He had also worked in his family’s textile business for two years.

It was because of the knowledge he had acquired during that two-year stint that he knew that the finest Cashmere wool in the world was available in Ladakh and that it was the weavers from his place of birth that made the best fabrics.

The need to revive the craft

This got him thinking as to why, with the presence of both ingredients required to make a fine fabric, we do not have a single global Cashmere brand? Aaditya adds,

“Probably, the conflict had taken its toll. The Bengal Muslin, the finest cotton fabric ever crafted, has gone extinct, and Kashmir’s legendary hand-spun hand-woven Pashmina was on its way out. The finest fabric of its type always has a market, and one just cannot let the craft die–clearly, it was a paucity of quality control, modern branding, international design, and a disorganised production chain–and we decided to fix all of it.”

Wanting to do something about the decaying state of the craft, Aaditya decided to go back to Kashmir and begin his work. Deciding to start form the bottom up, the team felt that the quality of the raw materials and how the fabric was made is important.

There are different Ladhaki tribes that rear the goat that gives the Pashmina wool. Through extensive research and regular travel to the Himalayan Changthang Plateau in Ladakh, they were able to identify the Pashmina goat herds that yield the finest variety of Pashmina wool.

They theorised that the higher the altitude, the finer the wool of the under fleece. To test the theory, they took samples from different camp sites, and found it to be true. “The next step was to select camp sites in the Himalayas where we were able to get the right Pashmina fleece of 12.5 microns in diameter,” adds Aaditya.

The next stage was to get the best spinners to spin the wool. So, the team decided to meet the women who were traditionally the yarn spinners, and identified those who were able to spin the wool into the thinnest yarn with their charkhas. Once that was done, they had to find the right weavers to weave the best fabric. “Today, we have a team of over 72 people,” says Aaditya.

Running a business in the Valley

But running a business in the Valley isn’t easy; apart from convincing weavers, finding the right master craftsmen, and getting the women yarn spinners to work, the political turmoil the region faces is a challenge. One of the biggest existential crises that Jos&Fine had to face was when the separatist Burhan Wani died. The region was under curfew, with the team having to send out a shipment a week later. Aaditya explains,

“Curfew started at eight in the morning. So I would be at the weavers’ place at six am, to ensure that I could get the work done and leave before eight. So even in trying times, we knew we had to keep business running.”

The push for taking the Indian artisan business global is becoming big. Another company that works in the same vein, but in Jaipur, is Jaipur Rugs, which employs several thousand artisans and also sells to international markets.

Jos&Fine operates on a wholesale basis, with buyers selling the product at the retail end at 400-500 percent markup. Aaditya adds that, last year, the team was able to make a revenue of Rs 9 lakh. This year, the team is looking at pulling in Rs 65-70 lakh. Now, they have started selling B2C as well, and are even looking to go into international markets. The team also intends to open a boutique store in France.