Educating 1,500 girls and spreading the message of ‘beti bachao’ through 18,000 trucks, this couple is pure inspiration 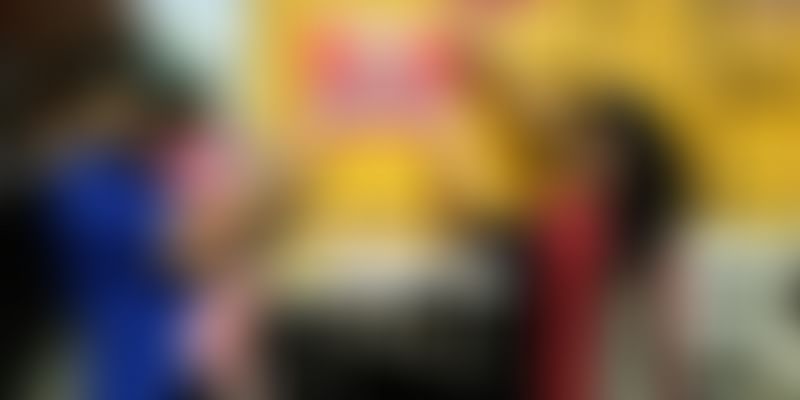 The Meenas from Neemuch, Madhya Pradesh, have dedicated their lives to fighting for the rights of the girl child.

Today, India finds itself on the road to the status of a superpower. With our rich heritage, booming economic growth, and thriving democracy, the nation seems poised for greatness. At such a time as this, it seems enormously saddening and frustrating that practically half of the children born into this nation face discrimination from the moment of their birth – and sometimes even before – for no greater crime than being born female. From illegal sex selective abortions to female infanticide, India has witnessed the perpetration of every heinous act possible to prevent infant girls from enjoying full, fruitful lives.

According to the 2011 national census, states such as Haryana, Uttar Pradesh, and Bihar, and the union territory of Chandigarh had alarming sex ratios at 879, 912, 918, and 818 females to every 1,000 males, respectively. These statistics are extremely worrisome for all of us; without ensuring safety and equal human rights for girls and women, the country has a disturbing future before it, regardless of purported economic growth.

Amidst such a harsh reality, how often do you actually see or meet anyone striving to make a real change? Do you attempt to do so yourself?

We are going to acquaint you with two such people.

Hari Narayan Meena, an Indian Revenue Officer, and his wife Dr. Hemlata Meena, a lecturer at PG colleges in Rajasthan, are working tirelessly, with rare passion and ardour, to right one of the most grievous wrongs prevalent in our country.

Campaigns run by them

The Meenas have initiated and engaged in several campaigns over the last ten years in order to spread awareness about saving and educating girl children in the country. The first was ‘Beti Padhao, Beti Bachao’, a poster sticking campaign conceptualised by Hemlata in January 2016 during a road trip in the Dilwara district of Rajasthan.

She observed how powerful slogans written behind vehicles are. Realising its brilliance as a tool of advertising thoughts and messages, she decided to use the medium to spread awareness about saving girl children. Ensuring it was pocket-friendly, they used a particular kind of paint and tested it on a thousand trucks plying on the national highways around places such as Nimbaheda, Chittorgarh, Udaipur, Mandsaur, and Ratlam, among others. They have so far covered around 18,000 trucks, and it has certainly helped in generating awareness and understanding of their cause.

The second was an initiative by Hari that entailed sticking pamphlets from door to door that read “Kyun Bachana Zaruri Hai Betiyon Ko” (Why is it necessary to save daughters). Hari has successfully covered 20,000 houses over the course of two years in cities such as Chandigarh, Simla, Delhi, Indore, Nagpur, and Ajmer. He says, “No matter where I go or for what purpose, be it for a holiday or work, I stroll around places and stick pamphlets on doors, for nothing can distract me from working for the cause.”

They also organise award ceremonies for girls who excel in school or college, gifting them books and certain other resources in order to raise awareness about the cause. In the last eight years, the two have felicitated over 1,500 girls and provided books and other educational material to those whose parents could not afford them.

Hemlata also visits government hospitals in her vicinity on a frequent basis. Her first visit, she recalls, was highly disturbing, as it brought home the miserable treatment female infants were subjected to after their birth. Hari says, “It is extremely important to look after infants and their health, especially for the six months that follow birth.” They hence made it a point to visit these hospitals often to provide the parents and hospital staff with health and hygiene products such as soaps and shampoos, as well as clothing articles like shawls during winter.

The couple has been putting a month’s salary of their total earnings every year into these campaigns for the last ten years. This isn’t a cakewalk!

The journey and its commencement

Hari developed a passion for the cause during his preparation for the civil services in the year 1995-96. He remembers the first official sex ratio of India recorded in 1951, which was as frightful as 946/1,000. What fed his passion further was a significant decline in the ratio as the years passed by. He remembers having contributed to several movements that led to an increase in the literacy rate and decrease in the mortality rate.

Hari draws his inspiration from Amartya Sen’s book ‘Education and Freedom’, which compares both the prosperity and problems of India with that of other countries like China, Sri Lanka, and Bangladesh. On discovering how atrocious India’s sex ratio was compared to neighbours at roughly the same stage of development economically, he decided to make a change. Contrary to popular belief, he feels it’s the urban spaces that need awareness more than the rural areas. He points to the egalitarianism in the tribal communities in Kerala, where women are equal contributors in the decision making. He sees them as a true source of inspiration for the entire nation.

The Meenas have taken great steps in furthering the cause of those who can’t speak for themselves, and their drive certainly deserves our respect, and a little bit of awe.