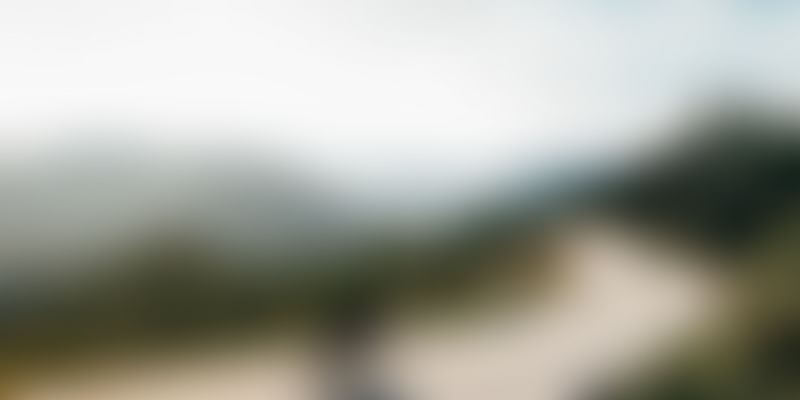 Birthdays and anniversaries are love-filled occasions spent with family and friends. They are resplendent with gifts, cake, parties, and surprises. We cherish our lives even more awaiting these small moments of intense happiness. However, there are some people in the world who do not have the privilege of celebrating important events with the ones they love. It is for them that an angel like Mohan Singh Khushwaha comes into the picture.

Man, being a social animal, often finds life to be meaningless if there is no sense of affection or belonging in it. There are many who, for various reasons, do not receive the love they deserve. There are people who, while having reasons to be happy, do not have anyone to share it with. Then there are those who even amidst relationships feel estranged. Madhya Pradesh’s Mohan Singh Khushwaha has made it his mission to rid people of their loneliness.

Every day, Mohan Singh departs from his house on his bicycle in the morning. On the cycle’s carrier is a special gift for a stranger. Mohan Singh goes to someone’s house, wishes the person a ‘Happy Birthday’ or ‘Happy Anniversary’, and gets back to his journey. He has been doing this for the past fifteen years.

Friends of Mohan say that he has brought happiness to around 1,600 people over the years. On meeting someone for the first time, he enquires of them their acquaintances’ names and addresses, along with the birthdays and wedding anniversaries. In this way, he has managed to collect over 1,600 people's names and addresses. His list also comprises of people from places like Goa, Punjab, and Rajasthan, whom he calls and wishes.

Earlier, Mohan used to teach in a government school. After retirement, he wanted to do something to occupy his time. However, he wished to do it not for money, but to spread happiness. That’s why he, along with his four friends, started wishing unknown people on their birthdays and anniversaries. Gradually, his friends stopped, but Mohan has continued to spread the happiness for over a decade and a half.

When one newspaper questioned Mohan as to why he chose to do this instead of going on a pilgrimage like most people his age do, he replied,

Putting a smile on someone’s face every day is my pilgrimage. Kindness never stops. What I do for people, they do for others. Maybe not in the same way, but kindness always shows itself in one form or another.

Sometimes, it so happens that when I go to wish a couple on their wedding anniversary, I find out that one of them has left this world forever. Those moments make us very emotional. When someone leaves us forever, they leave behind a big void in our hearts.

This year, on the 15th of June, Mohan is organising a huge meeting, to which he will invite all the 1,600 people whose lives he has touched. This meeting will be in memory of the wonderful moments they have shared. He has two sons, a daughter, and a wife, Bhagvathi. The family was initially very sceptical of this noble venture, and were worried about him going out alone. Over the years, however, they have come around to the idea, and now fully support him. Sometimes, when there are multiple people to visit, his son drives him around on his bike.

Mohan’s kindness has touched people’s hearts all over the country. In today’s brutal world, we need more people like him to propagate the message of generosity and goodwill.