From womb to workplace: mother-daughter duos that work together 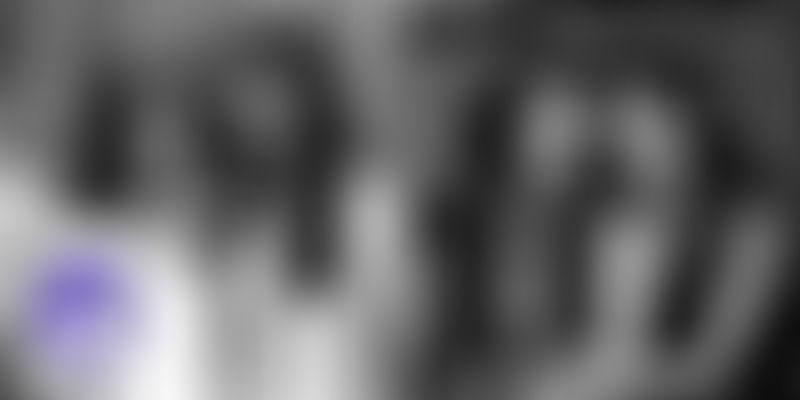 Mother-daughter duos talk about their bonds, the evolution of their relationship, and how they switch between the personal and professional.

I feel my skin break into goosebumps every time I read these lines by Maya Angelou.

When in pain, in need, and during trying times we instinctively call out for our mothers. When we yearn for home it is not the four walls that we miss but our mother's love and attention which manifests itself through hugs, a head massage, a cup of tea, and ma ke haath khana.

The bond mothers and daughters share does not have to be restricted to the home, and this Mother's Day we look at two mother-daughter duos that work in the same industry and/or company and explore how they manage to walk the line and make their professional and personal relationship work.

Lillete Dubey has been a familiar face in theatre, on TV, and in the movies. Her daughter Ira has followed in her footsteps and found her calling in acting in theatre and films. This mother-daughter duo has worked together in six productions.

Talking about their latest offering, an episode of Mothers and Daughters on Blush, Ira points out how her own relationship with her mother has evolved over the years.

Ira recalls how as a child she was always tagging along with her mother. “I was like her poochch (tail). It is my love and admiration for who she was and what she was doing that impacted my decision to pursue theatre and acting seriously.”

Around 15 years ago, when Ira decided to pursue theatre from Yale, there were hardly any institutions where you could learn acting. “In hindsight, I look back and think that my mother had no training. Whatever she learnt was on the ground.” It was seeing her mother succeed and early exposure to theatre because of her mother that led Ira to pursue acting and theatre.

Ira calls her mom a rockstar. “Growing up she was a hard taskmaster and a disciplinarian who allowed me to rebel but knew when to draw the line.”

Ira calls Lillete a workaholic and a person with a super imaginative mind. Ira has imbibed some of these qualities from her mother and she claims that even she gets restless very easily.

As working professionals, Ira and Lillete find it very easy to switch between their personal and work relationship. “At work we are professional but as soon as we get into the car or if I am getting her a cup of tea then we become mother-daughter.”

As someone who pushes the bar higher every time, Lillete became a hard taskmaster when her daughters finished their studies and decided to pursue their career in theatre. Ira recalls, “She would give us a tough time, push us, and pick on us compared to the others and after months of asking she finally told us that it was because mother knows best. As a mother, she knew our potential and thought we could do better than what we were doing and hence, pushed us harder.”

In fact, according to Ira, some of her finest work as an actor has been done under her mother’s expert guidance.

Lillete is a huge optimist and her love for life, her positivity, and vivaciousness draw people to her like a magnet and everyone around her responds to her energy. Ira's one wish is some day she can attain the same rockstar status in the way people meet her mother and respond to her.

You are the best

As she signs off, Ira has a message for her mom: “Mom, no matter how much I yell and snap at you, I am sorry. You are my inspiration and I love you the most. You have been the most incredible mom I could have asked for and I hope I can be even 1/10th of the mother you have been to me.”

Twenty-three-year-old Vanshika was working in the Welspun office in New York after she graduated and joined her mother Dipali Goenka, Chief Executive Officer and Joint MD of Welspun India, in Mumbai two months ago. Vanshika is working as a brand manager for Spaces, Welspun's retail brand for the Indian market.

Motherhood has been a gratifying journey for Dipali and as she aptly puts it,

"Creating two independent empowered individuals, with a mind of their own, is gratifying, where they are not only empowering themselves but also the people around them.”

Vanshika and Dipali don’t share a standard mother-daughter bond, they are friends too. While Vanshika not only gives Dipali brutal feedback when it comes to work and clothes, she also mothers her by constantly reminding her to eat healthy and exercise.

Vanshika feels that over the years the mother-daughter relationship has evolved.

“As a child, she was mom the disciplinarian, today she is mom, my best friend. My mother is my agony aunt and my primary motivator.”

The duo enjoys travelling together and the trips are fun given their similar taste in food. “I always joke that she's less of a mom and more of my sister,” says Vanshika.

At the workplace, Dipali plays the boss, mentor and motivator.

“What I admire most about her is her ability to balance: today she's the CEO of a company, handles a home, takes care of me and my sister, and mentors and empowers young girls,” says Vanshika about her all-in-one boss and mother.

When it comes to the workplace and working together Dipali feels that she and her mother think in a similar fashion. “At work she is able to help out in areas where I cannot reach on a day-to-day basis. She is able to give me her millennial feedback and insights on the way the new generation thinks. This helps us evolve as a company and become ready to take on future challenges,” shares Dipali.

Though Vanshika has found a great mentor in her mother, she has made the effort to closely listen to her mother’s advice. She recalls how when she chose to study higher level mathematics for IB but whined to her mother about it, Dipali simply told her that if she put her mind to it she could do anything and her perseverance would take her far. “An important lesson I learnt in the process was that it is never about how good you are but how good you are willing to be,” says Vanshika.

Over the years Vanshika has come to respect and admire her mother more and more. “I still remember the day she started working. I was in primary school. I would always argue with her when she was unable to attend any of the parent-teacher meets. But over the years, I have grown to respect and admire my mother for the work she does. Today I would not have the need to be independent and thrive in the workplace if she hadn't chosen to start working herself.”

For her mother who has always taught her how to believe in herself, Vanshika had one message on #MothersDay.

“#ThankYouMom for always showing us how important it is to chase our dreams, stand up for what we believe in, and to always believe in ourselves. I really hope I can be half the person you are.”

These women show us that when mother-daughter bonds become work relationships, they still continue to flourish. Having a mother at home and a boss who is like your mother is like having the best of both the worlds. No wonder I don’t hear anyone complaining.