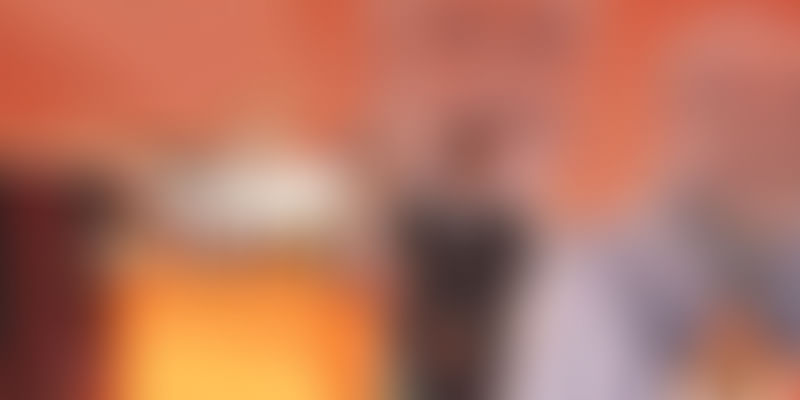 From when using Twitter was considered an unimportant activity, to the age of politicians engaging their voters in intelligent and oft witty debates online, social media plays a vital role in an Indian political leader's clamour to win over the public.

"India has won...good days are coming," It is with a tweet in 2014 that Prime Minister Narendra Modi thanked and declared to the world his landslide victory in the sixteenth Lok Sabha elections. It remains the most retweeted message in the history of Twitter in India, while the general elections of 2014 will be remembered as the first digital elections of the world's largest democracy.

Results are out and despite the new governments in place in Uttar Pradesh, Goa, Manipur and Punjab, the discussions around digital war rooms and the role of big data in elections, are far from over. All eyes are now set on States like Gujarat, Karnataka, Maharashtra or Mizoram and Meghalaya that go to the polls in 2018 or 2019. The question no longer is if digital media is the new tool of political communication. The need, rather, is to understand how big data is taking over election campaigning and how effectively it can gauge and influence public opinion.

World over, the 'political power' of digital media was first realised and harnessed almost a decade ago by politicians like Barack Obama, Narendra Modi and David Cameron (through his official PMO account). ‘The first American president of the social media age’, Obama used new media and Internet tools to captivate Americans on every possible communication medium to re-instate his message, ‘Yes We Can.’ Obama and his team of digital strategists understood how networks work and how crucial content spreadability and user engagement are.

Shashi Tharoor, one of the first politicians in India to start tweeting, remembers those days as when, 'it was fashionable for Indian politicians to sneer at the use of social media.' So much so that a senior BJP leader once warned him saying, “Too much tweeting can lead to quitting.”

He has had his share of social media controversies but as Minister for State for External Affairs, Shashi Tharoor used Twitter for India’s ‘public diplomacy’ when the medium was still very niche. During his visits to countries like Liberia and Haiti (events that rarely find a mention in mainstream media) he took to Twitter to highlight how it would positively impact India's image-building. He is the first Indian politician to publish his annual report card and how he uses his local area development funds. His website has a detailed account of his activity in the Parliament and acts as an archive for his extensive published work. Extremely popular for his intelligent, witty, candid and sharp Twitter conversations Shashi Tharoor has more than five million followers on the micro-blogging site, and close to eight lakh followers on Facebook.

India is one of the world’s leading countries in the use of Twitter. Prime Minister Modi is the second most followed political leader on social media. If Modi has emerged into a powerful political brand through carefully crafted messages online, External Affairs Minister Sushma Swaraj has taken over Twitter by addressing grievances, rescuing Indians in distress abroad, impressing her foreign counterparts with prompt replies and luring Twitter fans with her witty, humorous and personalised tweets. She has taken 'Twitter Governance' and 'Twiplomacy' to the new heights altogether.

The politicians in India have come a long way in utilising social media for 'personalised' public communication. They are using social media aggressively to build their personal brands. With millions of followers behind them a single tweet can make headlines, trigger primetime shows, lead to protests, swing public opinion, even disrupt the parliament.

Shashi Tharoor, Omar Abdullah, Sushma Swaraj or Subramaniam Swamy are some of the most widely followed politicians in India. They have impressed and got the the young electorate hooked, with conversations that are candid, direct, informal and witty. They choose to retweet, reply and engage with public and journalists. They set the trends and harvest the political potential of ongoing public debates. In the history of Indian politics the political leaders have never been so ‘approachable'.

The most startling evidence of Modi's success at digital marketing is the fact that despite ignoring the traditional media and offering 'zero' access to journalists, he is seen as the most conversant and interactive Prime Minister India has ever had. Experts believe that Brand Modi's online engagement has transcended a ‘problematic’ past and helped him emerge as a tech-savvy global leader.

In 2016 when Vijay Rupani took over as Bhartiya Janta Party’s new Chief Minister of Gujarat, the digital footprint of the former CM Modi’s government was both a challenge for him and his strength. To match Narendra Modi in his public perception of a successful chief minister can be overpowering, but it is a task Rupani has to take up. A sizeable team of party workers, digital journalists and brand experts that reportedly operates from the fourth floor of the CMO is leaving no stone unturned to facilitate his digital connect with the public as a prominent BJP leader, and create his tech-savvy image. With the elections round the corner both the BJP and Congress are spending maximum amount of campaign budget on social media. The strategy is to aggressively counter rivals on digital platforms and propagate party's achievements in manifold ways.

India is a young nation both demographically and politically. More than 814 million people were eligible to vote in the general elections in 2014. An estimated 17 million of them were first-time voters. India accounts for 195 million personal profiles on Facebook i.e., the largest number of Facebook users from a single country. It is beyond doubt that in the upcoming elections and the much awaited political battle of 2019 the social media conversations and their digital footprint will potentially predict the future of the country.

There are platforms available that can consolidate a person's digital identity, connect him to the influencers and like-minded communities, identify the segments of the voters and undertake online audits to know what public thinks, wants and likes/dislikes about a particular politician. Platforms that can provide accurate scientific data about public opinion and voter profiles. Social media engagement is just the first step, the back-end story of what technology can do is both exciting and fascinating. This, is just a beginning.

Digital marketing has redefined election campaigning in India. So much so that politicians like Mayawati who shunned social media for the longest time, deployed a hundred-member unit in each district in UP in elections this year, to use social media as a campaign vehicle. There are politicians like Akhilesh Yadav, Omar Abdullah, Milind Deora, Aditya Thackrey or Priya Dutt who have used digital communication to revamp their political legacy and gather mass following. And then there are others like Modi, Subramaniam Swamy, Rupani, Sarbananda Sonowal (Chief Minister, Assam) or veteran Kerala politician V. S. Achuthanandan who have converted their ‘political might’ into massive social media following. Big data and publishing startups are here to assist them in understanding what ‘democracia’ wants.

Indians are much more likely to engage with political content on digital platforms. A 2012 study by Pew Research Center established that nearly 45 percent of Indian web users connect on social media to discuss politics. Digital strategists tap into these conversations to gauge the public perception, and engage with the voters to turn the wind around before it's too late.