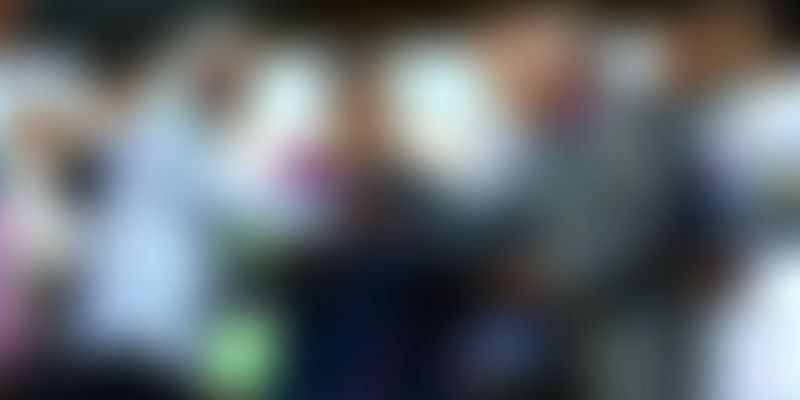 Riding on the huge success of the just-concluded, three-day Organics & Millets, National Trade Fair, in Bengaluru, the Karnataka government today announced that it will take the national fair to an international level early next year.

With his vision to turn farmers into entrepreneurs, the state agriculture minister, Krishna Byre Gowda, announced that 20 MOUs were signed between farmers and eight companies, including Big Basket.

Speaking at the valedictory session of the fair, Krishna Byre Gowda stated, “We want our farmers to become entrepreneurs. We are happy our dream of connecting farmers to retailers is coming true.”

Reiterating that startups are the best businesses that can take up the cause of organic farmers and millet growers, the minister said because the market size is small, the traditional large players are hesitant to jump into this opportunity.

The national trade fair recorded around Rs 80 lakh worth of sales and Rs 45 crore of business opportunities closed at the fair. The minister added that the long-term impact of this national-level fair will be in the range of Rs 100 crore.

Addressing the Union minister of commerce and industry, Nirmala Sitharaman, who was the guest of honour, Krishna Byre Gowda said her ministry in New Delhi had always supported Karnataka and she has assured full support to push the cause of millets not only in India but give a fillip to its export as well.

“The minister is equally passionate about organic farming and millets. We aim to set up an advisory council to advise the Union government to take this message to the international level,” Byre Gowda added.

Honoured with the sobriquet of ‘Millet man’, Byre Gowda has been pushing the cause of organic farming and millets for a few years now. He said,

“We are reintroducing what we have forgotten. We need to reintroduce millets in our diets to regain the balance. Millets are not only good for the planet, millets are good for commerce too.”

His dream finally took shape in the three-day fair which was a platform to bring farmers, marketers, and consumers under one roof. “Though many trade shows have been organised by private players, this is a first-of-its-kind program to create awareness about organics and millets by any government,” added the minister.

Assuring the Centre's full support to make millets a household name again, Nirmala Sitharaman appreciated the state government’s efforts. She indicated that her ministry will start the process to bring value addition to the products through the central certifying agency APEDA.

She also called out to the startups to take up the challenges in the space and help the government. She said,

“We have to address the aggregation problem. Farmers have good produce ready to export - but who is going to aggregate them? It is an opportunity for startups to identify certified farmers and link it up with innovative processes.”

The fair was also marked by the presence of Union minister for fertilizer and petrochemicals and parliamentary affairs Ananth Kumar, State minister for IT, BT & Tourism Priyank M Kharge, and Union minister for Statistics Sadananda Gowda, among many other ministers and dignitaries.

In a first, the state's agriculture department has set aside Rs 10 crore for those with innovative ideas and the fund will be administered by the information technology and biotechnology (ITBT) department. Kharge spoke about the government policy of encouraging entrepreneurs and the government’s startup cell, which helps in incubation and developing an idea to a proof-of-concept stage and also provides funding of up to Rs 50 lakh. Krishna Byre Gowda spoke about the opportunities and potential space for rapid growth of millet startups and the innovative agri-tech startup funding.

The fair provided a platform for both the buyer to buyer and seller to buyer (producer to buyers). A separate exclusive meet area was organised for one-on-one discussions of the sellers and buyers.

Representatives of the Farmers Federations got an opportunity to meet various buyers from the country. To minimise the cost and make the produce more attractive to the buyers, the minister suggested that the farmers need to be involved in primary processing, packaging at farm or 'hobli' level. He also suggested that the buyers can have quality control facilities at the farmers level for ensuring quality packing and labelling of value-added products.