Behind every picture is a story, and Pixtory brings you quite the narrative 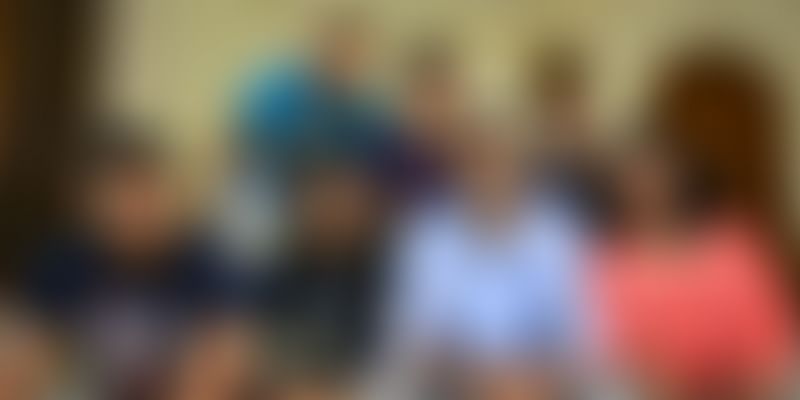 Pixtory is an app that creates ‘wallpaper stories’ as an easy way to assimilate and consume content.

We live in an era of information and content overload. As the end consumer, it is becoming harder to decipher what is of relevance and what isn’t. We are forcefully bombarded with content that holds no meaning for us, while at the same time being sure that something of interest has surely slipped through our fingers amidst the chaos.

It was being all too aware of this that prompted 32-year-old Rohan Karumbaiah (Karum), former director, Strategic Initiatives, InMobi and former Blackstone portfolio manager, to start Pixtory, to provide users with a neat, simple solution.

The platform was inspired by a collage that was gifted to Rohan by his friends 10 years ago, and which he has kept with him all this time. While each of the photographs was of visual appeal to anyone who saw them, for Rohan, there were stories and memories behind each of them that he woke up to every morning.

The philosophy of Pixtory is that ‘every picture has a story’. Rohan explains, “At Pixtory, we are working towards creating the easiest way of consuming content on the user's mobile. Our product transforms the mobile 'home screen' into a gateway of content consumption–through a language of ‘Wallpaper Stories’.”

The wallpaper stories could vary across categories such as travel, sports, fiction, entertainment, and technology. Wallpaper stories on Pixtory are strongly image-led, with a crisp and interesting story. Says Rohan,

“Our differentiated content is created by a global community of contributors who come from over 20 countries. In addition to this, we have an in-house editorial team that creates and helps shape Pixtories.”

He adds that Pixtory caters to the ‘enforced idleness’ that users have at multiple instances during the day (like when they’re between two meetings, waiting for a cab, or standing in a queue). At times, they unlock their device with the intent of using a particular app, but at others, they unlock their device and proceed to browse through the apps on their phone before deciding to use one of them. Pixtory would be used in the latter use case.

The current version of Pixtory has evolved with time. The first version was launched last year. Then, it was a simple app, one that had anchored on full-screen images right from the start to create an immersive experience as opposed to a quick scroll experience.

“We had great product feedback, but we faced the issue that most consumer apps face, and after that, the product has evolved to what it is today,” says Rohan.

However, from the beginning, the app had a ‘Daily wallpaper’ feature, which used to provide the user with one of the Pixtories as their wallpaper for the day.

“We had great traction with this, and saw more than 50,000 wallpapers set in a period of a little over a month. It was validation for us that ‘wallpaper stories’ was far more powerful than wallpapers, and people wanted to consume them,” adds Rohan.

They thus decided to go deeper on this feature, and made Pixtory a home screen product to enable better recall and re-engagement. Now, the user sees a wallpaper every morning, and simply double taps on it to start consuming content.

“Our product is, at an abstracted level, comparable to all other apps, and thus our recall and usage is very high. With our focus on the home screen, we have effectively addressed the re-engagement issue that all apps face,” says Rohan.

On the user-acquisition front, the team claims to be in conversation stages and testing with a few large mobile-first corporations. Rohan believes that, given the prominence they have on the home screen, they have different avenues for B2B2C distribution in addition to the B2C channels.

In addition to the app, they also have a web tool that makes it seamless for the contributors to create wallpaper stories. The content is created by the in-house editorial team as well as their global community of contributors. “We currently have more than 250 contributors onboarded, and aim to scale this through the tool,” says Rohan.

Currently, Pixtory is a team of six full-time employees and two consultants. Rohan adds that he has personally known or worked with everyone who is currently a part of Pixtory. He says that if they haven’t worked together earlier, they put in place a one or two-month working arrangement before finalising anything.

The core team consists of Ajitesh Shukla (ex-InMobi and Samsung), Philip John, who has been a partner at a boutique creative agency, and Amit Gupta, who had worked with Metrics Stream prior to joining Pixtory.

Pixtory was launched in March, and the team claims to have acquired close to 10,000 users in the first 30 days. “We’ve seen some great engagement so far, and have some great feedback as well. We currently have a rating of 4.7 on Google Play, with over 5,000 downloads and more than 200 reviews,” says Rohan.

He adds that more than 50 percent of their users engage with the content daily. Currently, the space for apps that use pictures as a means to communicate news is fast growing. Among such apps is the very prominent name of Flipboard, which aggregates news in a board-like format. There is also Glance, which uses the concept of wallpaper stories.

However, Pixtory enables content consumption on the home screen in a never-before-seen manner. Home screen products have usually struggled to maintain a balance between prominence and intrusion. Products that were right on the home screen were intrusive, while those that were at a minus one screen didn't have the prominence. Pixtory has addressed both these issues.

“Pixtory has introduced a new language of content through wallpaper stories. Wallpapers have always been around, but wallpaper stories make your home screen experience so much more enriching and interesting, and our users have taken a liking to it,” says Rohan.

The team is looking at sponsored Pixtories for brands, and they claim that they are actually in nascent conversations with a couple of brands to test such a system out, while also experimenting with other brand demand channels.

Over the next 12 to 18 months, the team aims to work towards being active on a few million devices through partnerships and organic users. “We would continue working towards our vision of making this the easiest way of consuming content on a user’s mobile device and make it seamless for our community to create wallpaper stories,” says Rohan.