At Quiklo, it takes just a marks sheet for students to get a gadget loan 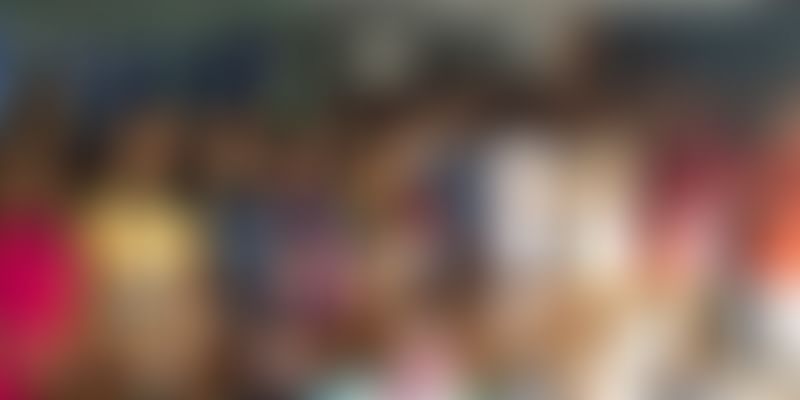 There are eight million students entering college every year, and 90 percent have no access to loans that can help them buy new laptops.

Bharath Hegde, a student at an MBA college in Bengaluru, was asked to buy a laptop as part of his course. But being the son of a small provision store owner, he didn’t have the option of asking his father for money. Neither did his father possess a credit card to use it for the purchase. This is a story that many youngsters across the country are familiar with–90 percent of the students that get into undergraduate and graduate colleges simply can’t afford the technology they need to get the most out of their education.

While there are several fintech platforms like Capital Float and Zest Money that cater to small businesses and the more affluent consumers, there was nothing in the market that focused exclusively on student needs.

This was the case until Quiklo was born in early 2016, when former IIT Delhi students Mrigank Shekar, Rahul Saxena and Kush Shrivastav, all in their mid-thirties, went to Accel Partners to raise money for a business idea. At the meeting, they caught the attention of the Accel team for their experience in computer science--they had worked in building security architectures for large corporations through a billion-dollar security firm. Also noteworthy was the bond among the three founders, who had known each other for 12 years. The Accel team, along with Traxcn, thus decided to back the trio to the tune of, sources say, $300,000.

“The three of us decided to go back and figure out how technology could solve a pain-point,” says Mrigank. The team looked at their past as students and recalled how they too had struggled with loans. This led them to think how finance and technology could change the way students in India accessed loans.

They then went on to create an engine that could verify students' credibility by looking at their past exam scores. “Only then would a student qualify for a loan,” says Mrigank.

Beyond the marks sheets, the students’ parents have to furnish their bank statements to the venture, after which the loans are given for a short term of three months. Quiklo began operations in October 2016, and is now providing up to Rs 1 crore in loans a month, with its app having already seen one million downloads.

The loan requests received by Quiklo amount to Rs 5 crore a month. The company says it succeeds because of its fraud engine, which looks at several data points before it doles out a loan. Over the past eight months, they have even kept their non-performing assets as low as 1.5 percent of total disbursements.

Now, the challenge is to bring in the device and gadget ecosystem onto their platform. Then, the company must make money based on the requirements of the bank that gives it the capital to lend and the interest rate it charges its customers. It’s usually the market price plus the rate charged by Quiklo.

The company has to ensure that it makes money on two fronts–by offering lower pricing of gadgets on the one hand, and through the money it makes on the interest rate on the other. Being a technology-led lending company, it is able to keep costs low.

“We really liked the Quiklo team, and decided to incubate them in our office. The founders spent a number of months on ideation, market research, and product design–our funding and team members supported them through this process. We have thus been a part of Quiklo’s journey since inception. The team has done an exceptional job in execution and proving the vision they set out to achieve,” says Prayank Swaroop, Principal at Accel Partners.

Currently, the team is in a fund-raising mode, because the market size is large, both in absolute numbers and financially. According to KPMG, the fintech market in India, with the rise of new-age lending companies, is expected to become a $2.4 billion market opportunity by 2020. No wonder Accel is betting on this market with Quiklo.

According to data available with YourStory, the Indian financial startup ecosystem saw more than $687 million poured into it across 88 deals. This may seem low compared to 2015, when investment stood at $954 million across 47 deals, but one needs to understand that a large chunk of the latter amount, close to $575 million, was made up of Alibaba-backed Ant Financial Services Group’s investment in Paytm’s parent company, One 97 Communications.

So, if the massive Paytm deal is left out of consideration, investment in the Indian fintech scene rose by over $300 million in one year, an 81 percent rise across sectors.

And here is why Quiklo makes sense–millions of students are eager to participate in the new age, and the only way they can do so is by possessing the gadgets that will provide the information to shape their future. No wonder the three techies have taken a big bet on the industry, and they are sure to succeed, provided they keep their NPAs low.

(With inputs from Tarush Bhalla)