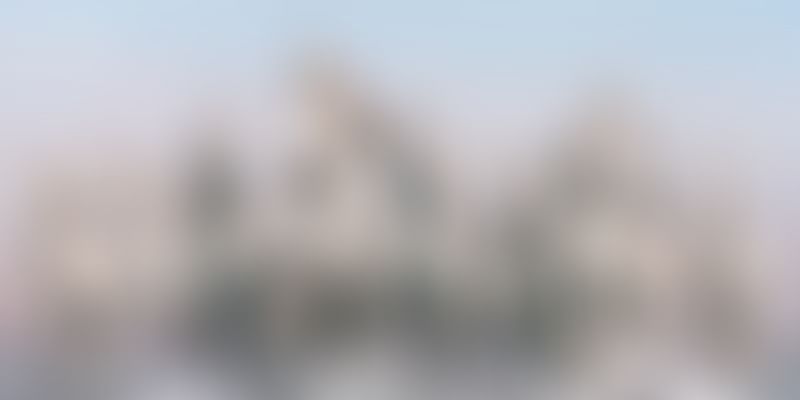 India has over nine unicorns. But for a creature of fantasy, there seem to be several floating around in the Silicon Valley. In India, though, it still seems like the mythical creature it is. But there’s a renewed ambition among startups to reach for a billion-dollar valuation. Is this adversely affecting the startup ecosystem here? Is it just a trap? YourStory goes digging for gold.

“You know what will be great. Not a million but a billion dollars,” quoting the famous line from the movie Social Network, a young entrepreneur, of a food startup in Bengaluru tells me on the condition of anonymity. He seems to be truly chasing the billion-dollar dream.

Out of curiosity and to get an understanding of the elusive figure, I asked the young entrepreneur why a billion dollars? Would it actually transform his business? A shrug followed and he answered, “Isn’t it better? It’s a round figure and I think people will finally notice us.”

The psychological push that a billion dollars bring

Ironically, it is exactly what Stewart Butterfield, Co-founder Flickr and Founder of Slack, said in an interview to Fortune magazine, “Yes, it’s arbitrary because it’s a big round number. It does make a difference psychologically. One billion is better than $800 million because it’s the psychological threshold for potential customers, employees, and the press.”

And soon, Slack joined the billion-dollar club and raised $120 million. The Silicon Valley had, give or take, close to 90 unicorns in 2015 and by January last year, it exploded to over 229. India, on the other hand, has nine, most created in 2015.

InMobi, Flipkart, Paytm, Ola, Hike, Shopclues, Zomato, and Mu Sigma. And while we all know the fate of Snapdeal, it too is a unicorn.

Why is there a certain frenzy and love associated with the billion-dollar club?

It was in 2015 that this frenzy was at its peak. Companies started getting valued higher and billion-dollar valuations were just a handshake away. But soon the world started to change and transform. Funding started drying up, unit economics, revenue, business models, and execution styles were being questioned. Larger hedge funds like the Tigers of the world suddenly went into a hibernation.

Read more: Has Snapdeal finally snapped, or is it snapping back into place?

A buzz word that means something

Then things like downrounds and devaluations began. Flipkart got devalued close to five times, Ola got devalued to $3.5 billion from $5 billion and soon a certain unease began to replace the frenzy.

But the billion-dollar mark continued to be coveted.

“Every once in a while, there are some buzz words that become important in a market. And currently, everyone seems to believe that a billion-dollar valuation or becoming a ‘unicorn’ means you’ve arrived.”

In India, there seems to be an aggressive push towards billion-dollar valuations which until 2015 were rare and far in-between and like its namesake a fantasy of sorts. Especially, pre-IPO tech startups with a billion dollar value was a fantasy.

Harvard Business Review states that the billion-dollar mark is actually thrown around by VCs as a shorthand for the level of success they’re looking for when they invest, since the typical outcome for startups is failure and thus VC firms’ bank on a few mega-hits to generate returns.

The billion-dollar valuation is, however, a trap. In July 2009, then Citigroup CEO Chuck Prince, in order to reassure reporters in Japan that Citigroup wouldn’t pull back lending from the region said:

“When the music stops, in terms of liquidity, things will be complicated. But as long as the music is playing, you’ve got to get up and dance. We’re still dancing.”

Who faces the music?

The tempo of the music is nevertheless slowing. While the hedge funds still remain in hibernation, they seem to have set up a deadly push towards higher valuation. This has created a cycle of pushing for faster growth, in turn, leading to higher burn rate, and subsequently the hunt for more capital.

Now, when exits become the focus, returns are also important. But higher burn rates don’t mean good returns, so a fewer investors during ‘sane’ periods are willing to pump in money in companies with high valuations.

This, in turn, pushes towards lower valuations or corrections, and as always that creates complication that the ecosystem can possibly do without.

“The valuations of several companies were bloated. The VC firms build and construct valuations purely on the basis of the returns they want to get in a specified time period,” says Vikram Gupta, Founder of Ivy Cap Ventures.

Read more: The domino effect Ola, Flipkart and Snapdeal’s devaluation will have on the Indian startup ecosystem

But then, these valuations and bloated prices are seeing a different era. There are situations that these unicorn CEOs are now facing that they weren’t prepared for.

While we might now argue that times are changing, Flipkart, despite its markdowns, was able to raise $1 billion, acquire eBay and still hold its own in the game. It was the same with Ola. But Snapdeal couldn’t and buckled under. Parag Dhol, Managing Director of Inventus Capital, explains,

“When there is a certain high, everyone is positive of the results and investors tend to disproportionately value companies. This sometimes works and sometimes doesn’t. In 2015, when the hedge funds came in they looked at the market and felt that it could possibly grow faster. And then there also is the idea of FOMO (fear of missing out) that can become prevalent among investors. This sometimes leads to higher valuations and bloated capital.”

Founders of unicorns have now been pushed into a scenario they weren’t prepared for--raising funds during a down round and the kind of attention that brings with it. On the other hand, most investors have been looking at out-of-this world gains with bloated valuation, and hints of down rounds have also raised questions on the success metrics, which were earlier hooked and booked.

The down rounds do affect the investors’ ability to raise funds as well. There is also a sense of fear in the markets, and many may even look at immediate liquidity. This is a normal phenomenon when valuations get bloated, down rounds start happening.

Something that hurts all involved

But why the focus on a ‘vanity’ metric? Everyone in the ecosystem knows it, but yet, nobody seems to get over the allure of the billion-dollar mark. But bloated valuations hurt everyone involved. Vikram Gupta, Founder and CEO, adds that the processes of valuations sometimes do become artificial, which, in turn, has an impact on the startup and its founder.

If we look back at Chuck Prince’s comment on the music tempo you realise that there was an artificial process created that with time had to change.

However, it isn’t all gloom and doom. Parag explains there is no harm in looking at a significant or higher valuation. “If you have your fundamentals right and the unit economics in order, seeking a higher valuation isn’t a problem at all,” he adds.

But the rush for higher valuations causes a ‘behavioural trap.’ It is as Sanjay pointed out, a buzz creates a certain frenzy. He adds that the focus then shifts from ‘value-creation’ to ‘valuation.’

The value that it brings

Parag, however, adds that it is this value creation that has given rise to valuations. Value creation is possible today because of a technology boom. “It is that very technology that is creating a boon and a bane for startups in terms of valuations,” says a founder of a fintech startup in Bengaluru.

The most tech averse industries are being disrupted thanks to technology, and it is this very disruption that the investors are bullish about. The Fortune magazine also adds that a six-year raging bull market has produced a great tailwind for private company valuations.

A billion-dollar valuation gives a company a certain aura, especially one which is strong, powerful and truly worthy of all the attention it gets. “Hiring becomes easier, getting the right kind of clients also becomes much easier,” adds an entrepreneur, on the condition of anonymity.

There continues to be a race for the tag because it is believed that the aggregate shareholder value created by the unicorns will overshadow the losses that a failed unicorn gives.

“What one needs to see is what kind of exits these unicorns will actually give. One might argue that the early stage investors have got a lot of returns, but the exits are yet to be properly conferred with. And when a company looks to hit the public markets, revenues become imperative,” says Parag.

While it is true that the aggregate shareholder value created by the unicorns will overshadow the ones that failed, Snapdeal doesn’t give that sense of security. This is because all the participants involved are responsible for a certain company’s performance.

“A push towards growth and scale so that exits happen within a certain time frame tends to cause friction between investors and entrepreneurs. Investors can push for certain things, which founders may not have their heart in, and the results can be half-hearted,” adds Vikram.

All said and done the down rounds, questions on unit economics, mass firings, and shutdowns have created a sense of sanity. It is important, nevertheless, to again focus on value-creations, especially now that the dry powders seems to have come loose again.