Rags to riches: The untold story of Rohit Sharma, the gem of an opener for the Indian cricket team 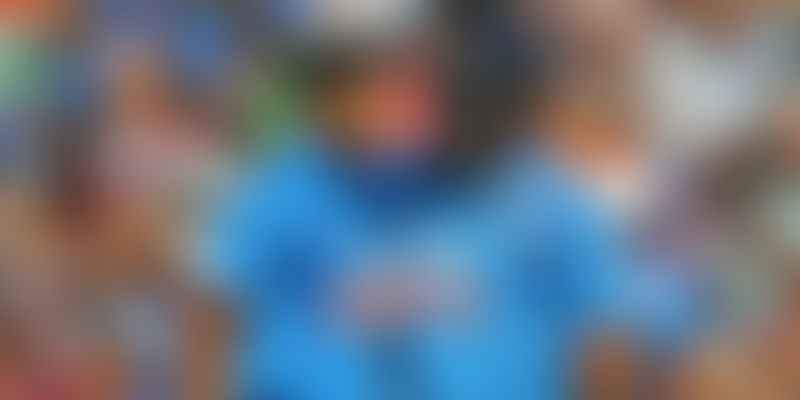 Rohit Sharma's is a name that needs no introductions in the world of cricket. From being a regular middle order batsman for the Indian cricket team to shattering some international batting records, this 30-year-old from Nagpur, who once was not fortunate enough to be raised by his parents on account of his passion for the sport and the family's poverty, is now one of the top 100 celebrities of India, in terms of income, fame, and success.

Pitching in Rs 50 each, his uncles and their friends got Rohit to join a small cricket academy in the 1999. Rohit had to start his practice very early in the day. He was an off-spin bowler initially, until Dinesh Sad, the coach at the academy, made Rohit change his school and join Swami Vivekananda International School, keeping the better training facilities in mind. Rohit hesitated to join SVIS since it was an expensive affair. Dinesh however got him a scholarship for the next four years so that he could be have a hassle-free training. This was also when Dinesh recommended that Rohit start practising batting, recognising Rohit's mettle in that department.

With time, Rohit excelled at it, and started to put in exceptional performances with the bat at the school-level tournaments. It was his impressive performance at the Giles and Harris Shield school cricket tournaments that paved the way for his selection into the Mumbai Under-17 team. Before long, Rohit Sharma was included in the Indian Under-17 and Under-19 Indian teams. Finishing off as the leading run-scorer in the Under-19 tournament with some mighty knocks, there was no looking back for Rohit. In 2006, he made his domestic debut for India-A, which he followed up with an international debut in 2007, against New Zealand. He was only 20 years old at the time.

From starting as a steady middle-order batsman for India, Rohit is unarguably one of the most reliable match-winners for the national team right now. After the era of Sachin Tendulkar, Virender Sehwag, and Sourav Ganguly, Team India had found an apt replacement for the position of opener in Rohit Sharma. Rohit currently holds the record for being the highest run-scorer in an ODI innings, when he smashed a valiant 264 against Sri Lanka in 2014. Before this knock, he had one more ODI double hundred to his name, from when he made 209 runs against Australia in 2013. It was in this innings that Rohit hit 16 massive sixes, which is the most by a batsman in ODI cricket, alongside A.B. De Villiers from South Africa and Chris Gayle from the West Indies.

From being someone who could not afford to get decent training to becoming one of the most valuable batsman the Indian team possesses, Rohit Sharma's sense of determination and his love for the sport in unparalleled, making him quite an inspiration for the cricketing faithful in the country.