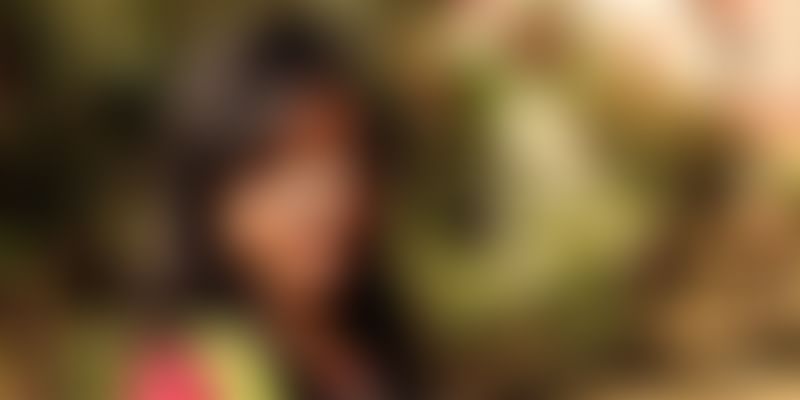 We are fortunate to be living in an era where India is on the cusp of great change. Modernity and convenience are everywhere. However, these conveniences come with challenges and we are quick to complain about anything that shatters that first-world illusion, be it potholes, garbage, or the rampant and unplanned urbanisation over a creaking infrastructure. Barely a handful will step up and get their hands dirty to make a positive change.

There are a few among us, though, who think beyond their own lives and about people living in the most backward areas of the country. And enabling their dream to help those less fortunate than them is State Bank of India’s Youth for India Fellowship. Instituted in 2011, the programme has seen over 130 young people work with partner NGOs in the remotest corners of India on development projects that will empower some of the poorest and disenfranchised among us. YourStory spoke with 12 Fellows from the 2016-17 batch to find out how they are bringing about much needed change. Here is the first in a two-part series:

Ankur Chhabra will always remember Gandhi Jayanti 2016, the day he embarked on his journey as a SBI Youth For India Fellow. Over the next 13 months, he was to live in Jawhar Taluka of Palghar district in Maharashtra, working with NGO BAIF to address the issue of malnutrition among mothers and children.

This was a total contrast to the life the Durham University and XLRI graduate was accustomed to, and changed the way he saw the world. Malnourishment is rampant among children (0-5 years old) and women, especially pregnant and lactating women. Despite hundreds of crores of rupees being allocated to address the problem, in Maharashtra deaths because of malnutrition still persist.

Ankur shares a shocking fact that some families deliberately keep at least one child malnourished to be eligible for grants that can help the whole family. Also, with tribals being forced to rely solely on the Public Distribution System (PDS) scheme for their nutrition, and the decreased access to forest and farm land, farm incomes have reduced. In addition, many tribal areas allow for cultivation of only one crop, which translates to negligible post-harvest income.

As part of the programme, Ankur says he has interacted with anganwadi workers, self-help groups, medical officers and public health centre personnel, agriculture officials, Panchayat Samiti officials and gram sewaks, to address the bottlenecks in the system.

He credits the SBI Youth for India Fellowship with giving him the autonomy to work on different aspects within the development sector. Ankur, who wants to work in Public Health, says very few fellowship programmes offer this opportunity. He says he hopes to bring about a tangible impact via his interventions on health and malnutrition.

Nitesh Bharadwaj has worked in every aspect of media and communication –from print and broadcast media to being a part of the production team on the movie Rock Star. When doing his Masters in Development Communication, he realised he wanted to be a part of the development sector. He started working with the tribals of Dhadgaon in Maharashtra in association with NGO BAIF. At first, he worked to set up means of sustainable livelihood for the tribals by marketing non-timber forest products. Later, he helped local college students set up, design, and publish their own newsletter. He even taught them how to get advertising and distribute their publication. Nitesh is also training the students on how to shoot documentaries and edit the footage on their mobile phones. What’s remarkable is that many of these students had never even handled a computer earlier.

According to Nitesh, the SBI Youth for India fellowship offers a unique experience of working hands on with people who need help the most, and forming lifelong connections with them. Nitesh says he would have been happy to positively impact even one life through the programme. And he may just have done more than that by teaching his students to be unafraid of authority, and question wrong-doings.

What prompts someone who is a researcher at the Institute of Chinese Studies to go and live in the searing heat of a Gujarat village for 13 months to improve primary education?

Prateeksha Tiwari, who holds a Masters in East Asian Studies and a Bachelor of Engineering degrees, realised that she was a passive participant in India’s development story. The need to take on a more active role led her to the SBI Youth for India Fellowship, which would give her the freedom to create educational programmes using her technology background. “The SBI Youth for India Fellowship lets you arrive at the location and decide what to do based on the pressing need there. I noticed the government has been issuing computers to schools and also had a programme on ICT in primary education. But these were not being used effectively.”

Today, Prateeskha, who is working with NGO AKRSP (I), has devised a system that makes classroom learning more interactive and fun. Each student is given a mouse that is connected to a master laptop, which means that he or she can participate in a quiz-based interactive session. Prateeksha says that this game-based learning has really helped increase attendance in schools on days she holds her sessions.

For many of these children, the world began and ended in their village in Wankaner. Pateeksha has made short films showing them snippets of life from the outside world to broaden their perspective.

She says before coming to the village, the smallest things like a delayed pizza delivery or a five minutedelay in the arrival of the Metro would annoy her. Today, seeing how people live without water and how children walk miles to school only to have the teacher not show up because of election duty, has opened her eyes to what real challenges are.

And most of all, she is grateful for the life she has.

After working for an automation firm in Bengaluru and the UK, and a subsequent stint with KPMG, Saurabh Karodi, decided that he no longer wanted to use his expertise to line already fat corporate pockets. An MBA from the Indian Institute of Management, Lucknow, and an engineer, he decided to leverage his experience and education to help those who really needed support.

Saurabh says, “I has met some of the alumni of the Fellowship and I was drawn to it because you could design your project on your own, and work with the community. Most fellowships in India are focussed on research or at the policy level. This lets you implement what you are working on along with the community.”

Saurabh is working in Kherwara, Rajasthan with Seva Mandir on a renewable energy project focussing on electricity supply. The villagers were relying on kerosene or candles for lighting. Where electricity is available, the bills and supply were erratic. Villages that had solar power systems were also facing maintenance issues. Saurabh developed an enterprise model involving women to manage inventory, sales, create awareness and collect feedback on the solar home lighting products.

The programme has not only helped resolve energy issues, but also created a spirit of entrepreneurship among the women of the village. Saurabh, who is planning to expand the project beyond the 10 villages it currently runs in,feels that a programme like SBI Youth for India impacts the community at many levels. He feels that people in rural areas are more open to advice from outside than their peers.He feels that NGOs get an external perspective on their programmes. He feels it also gives the youth of today who have ideas and want to do work a platform to accomplish what they want and work towards the betterment of society.

While studying construction management in New York University, Shriti Pandey would volunteer at the homeless shelters and soup kitchens. The SBI Youth for India Fellowship was an opportunity for her to come back to India and experience a side of the country that was far removed from the life she had lived in Delhi and in the US. As part of her work with AKRSP (I) in Padhana, Madhya Pradesh, she worked with a rural Farmer Producer Company (FPO), a collective of 40 women, who were making cattle feed supplements. However, the erratic monsoon in that belt results in low yields and they ended up making losses. The low rainfall was also resulting in increased mortality among the livestock. “I am working with the FPO to develop a new supplement for the livestock and also addressing marketing issues at different levels,” says Shriti.

Gender bias was one of the challenges she faced, with more women willing to talk to her than men. “I also had to overcome barriers initially and earn their trust by immersing myself in their culture, and creating personal connections by visiting and staying over at their houses,” she says

She says that a programme like this makes you more empathetic. “The SBI Youth for India Fellowship programme as given me a lot of freedom to explore this development space. This programme has changed my perspective. I am more mindful of the money I spend and the food I eat, because I realise I cannot thing anything for granted,” she says.

By her own admission, Swaha Katayini Ramnath has done a lot of things in public policy and development. After graduating in Political Science from Delhi’s Lady Sriram College, she worked as a LAMP fellow writing speeches for a Member of Parliament for a year.Following a Masters in Development and Globalisation, Gender from the London School of Economics and Political Science, she worked at UN Women in New York. That’s where she realised that rather than draft policy, she wanted to interact with the women for whom these policies were being drafted. The SBI Youth for India Fellowship provided the perfect opportunity.

She decided to work in the area of menstrual health and the hygienic disposal of soiled pads and cloth. While access to menstrual hygiene products has increased in rural Rajasthan, especially with government support, disposal was an issue.

With such little awareness and conversations around menstruation, there were challenges in speaking to the community about menstrual hygiene. “Girls don’t even speak to their mothers about what they go through during their periods. At Barefoot College in Ajmer, Rajasthan, where Swaha works, several girls and women throw the soiled pads among the plants in the nursery, and staff have to pick and burn them separately. “We came up with an idea to build an incinerator to dispose the pads,” she says.

Swaha says the SBI Youth for India Fellowship programme has been a humbling experience and an eye-opener. “You really understand how India lives. This is an opportunity to bridge urban and rural India and learn to respect different lifestyles and skill sets,” she says.

These are six young Indians who have dedicated time to uplift the lot of India’s most backward communities. Next week, we will feature the stories of six more SBI Youth For India Fellows who are making a difference in other people’s lives.

Remember, change begins with each one of us, and you too can help take India’s development story to those who need it most. Applications are now open for the 2017-18 batch of the SBI Youth For India Fellowship. The last date to register and submit the online application is June 9, 2017. Apply now