How e-commerce is streamlining indirect material procurement for SMEs 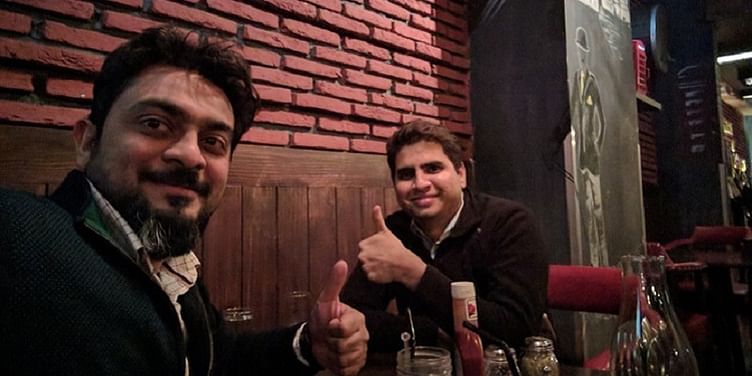 Delhi-based supplyMr aims to solve the procurement of indirect material for manufacturing companies through e-commerce.

Any manufacturing company will deem the procurement of indirect material, commonly known as MRO items, a tedious process. It involves a large number of supplier base for relatively low volume of each purchase transaction. In many cases, the transparency of these transactions is questionable, as they are widely done in cash.

To 36-year-old Rishi Diwan, who had worked in Amazon and other FMCG companies, this looked like a huge market opportunity. With this in mind, he approached his friend and ex-colleague, 34-year-old Mayur Khambete, who had worked with him at a NASDAQ listed company.

As the procurement process for indirect material had to streamlined, the duo went ahead and spoke to over 200 different prospective clients, who shared with them the three pain areas on consolidation, transparency, and delivery efficiency.

“Mayur and I could quickly infer that we could create a solution which will enable supplier consolidation, transparency and instant delivery,” adds Rishi.

And that is how supplyMr was born. The platform works as a B2B e-commerce platform that consolidates all the suppliers, offers transparency in pricing, and enables an instant delivery network in special economic industrial zones for MRO goods or indirect purchase needs.

Rishi adds that they have a price cascade map for the intermediate inefficient supply chain, which is fragmented across the country. It provides skip routes to optimise procurement cost and develop Anchor sellers.

However, the team describes the three challenges of setting up of the business— developing technology platform, introducing customers to a new service which is more responsive than what they are used to, and expansion.

Focus on the neglected bits

“SupplyMr plays a key role here by being the single source for all indirect material (including MRO, maintain, repair, and operate) purchase needs. It can consolidate at least half of those large number of suppliers immediately and, with some joint work, most of the indirect material purchase suppliers,” adds Rishi

In addition to the consolidation of large suppliers, SupplyMr provides transparency in transaction with predeclared platform prices on internet and same basic price for PAN India. All transactions are clean business transaction with no cash involved.

“There is no need for a customer to go for negotiation cycles for best prices as SupplyMr secures best sourcing prices. It is closest to manufacturers or national distributors through its regional anchor sellers. SupplyMr also eliminates unpredictability of supply by providing visibility of material at various stages through customer dashboard with accurate forecast of delivery time,” says Rishi.

Currently bootstrapped, the total size of the SupplyMr team is 26. It claims to have made revenue of $8000, three months after its launch in January 2017 in Delhi. It also claims to have 150 monthly transactions.

A 2014 Walmart report suggested that B2B e-commerce market in India is likely to touch $700 billion by 2020. There are 4.8 crore SMEs that need to secure bulk supplies, and that’s a much bigger opportunity than B2C e-commerce.

Currently, China, Japan, and the USA are the biggest drivers of the B2B e-commerce market. Accel Partners-backed Bizongo, the B2B packaging marketplace, had raised $3 million in Series A funding from IDG Ventures.

Recently, Udaan, the B2B platform started by Sujeet Kumar, Amod Malviya, and Vaibhav Gupta, raised Series A funding of $10 million in a round led by Lightspeed Venture Partners.

Other players in the space include Wydr (founded by a Shopclues founding member), and IndustryBuying, a B2B platform for industrial products. Jaipur-based Wholesalebox also raised a $2 million pre-Series A funding.