She was jeered at and shamed, but Whitney Thore refused to give up 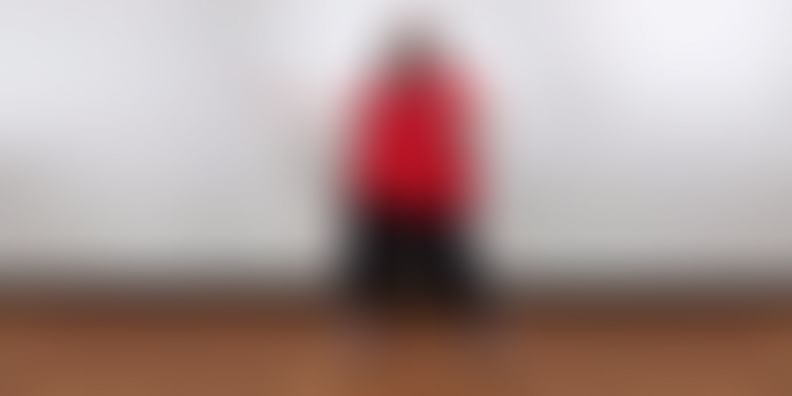 The story of Whitney Thore who overcame body shaming.

Over the years, society has developed a picture of the ‘perfect' body shape. If someone doesn’t fit into this ‘ideal’ category, they are ridiculed and mocked. Body shaming is something that is rampant in today’s world.

Being ‘too thin’ or ‘too fat’ attracts careless insults that are supposedly meant to ‘get the person in shape’. Suggestions of pills, diets, and even black magic are made in an effort to ‘help’ the person. Instead, all they do is lower self-esteem. Thirty-nine-year-old Whitney Thore is a spectacular example of someone who rose above all the negativity directed towards her and came out on top.

Whitney gained 45 kg all at once as a result of PCOS (polycystic ovary syndrome). She was jeered at, described as disgusting and ugly, and called a pig. Her self-confidence hit rock-bottom and she went into depression, living life in this dreary state for a long time. Then, one day, she decided to fight back and chose to focus on her passion for dance. On the 27th of February 2016, she put up a video of herself dancing on YouTube. Her graceful movements rendered all those who scorned her before speechless and inspired those who were facing rejection to hang in there. Seeing the popularity of her video, Whitney started a YouTube channel called A Fat Girl Dancing and posted videos of her performing different dance forms.

Whitney now has her own TV show, My Big Fat Fabulous Life, and is running a Fat Body Acceptance Campaign. She also has a website and a blog called No Body Shaming.

The challenges she faced

Dancing is something that a lot of people enjoy. It is a beautiful medium of expression and a great stress-buster. But seeing an overweight, fat girl dancing is a hard pill to swallow for most. Even though being obese or underweight isn’t the epitome of health, making fun of people who are doesn’t do any good. In fact, it only increases the difficulty that the person faces. Perception isn’t always accurate. People who are under- or overweight may not be the way they are due to their actions. Instead of humiliation, they need support.

Getting to where she is wasn’t easy for Whitney. She encountered so many hurdles along the way, it’s amazing that she didn’t just give up. All of Whitney’s problems boiled down to the fact that she was fat and that was ‘unacceptable’ in the milieu we live in. She struggled with eating disorders from the time she was in middle school and continued for most of her life.

When Whitney developed PCOS, she didn’t know what was happening. Polycystic ovary syndrome is a hormonal disorder that attacks and weakens the female reproductive system. The body’s insulin level rises which causes obesity. This syndrome is seen in one out of five females especially among teenagers.

She couldn’t understand all the manifest symptoms and doctors put them all down to laziness, drinking and medication. Strangers judged her on sight, hurling insults like ‘lazy’, ‘sloppy’, ‘worthless’ and ‘undeserving’ at her.

Whitney had no one to confide in and was lonely. In countries outside of the United States, the discrimination she experienced was massive. There was an incident where a random man on a bike swerved dangerously close to her, spit at her and sped away. Everywhere she went Whitney was ostracised due to her body shape and the only emotion she came to associate with it was shame.

Making the choice to be body-positive was what turned it around for Whitney. It wasn’t easy for her and it still isn’t but if she could stay positive so can we.

Like she says in her Ted talk, “If you make a commitment to live a shame-free life and know that it’s a promise that you have to keep every single day, day-in and day-out, and you are deliberate about choosing that life, you will find yourself illuminated.”

(Translated from Hindi by Surabhi Jain)