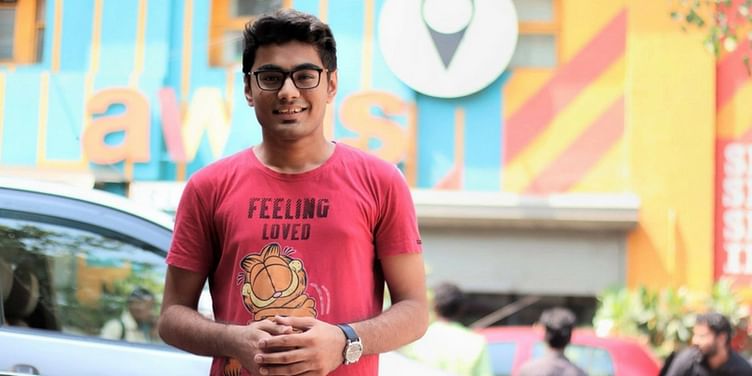 Like many of us at some stage of life, Aakash did not know what career path to choose. He ended up choosing chartered accountancy (CA), based on what others around him thought was right for him. Although he studied for this entrance examination for hours, he failed twice.

Before his third attempt, he slipped in his bathroom and hurt himself. He was bedridden for six months and was on crutches for another six months. Out of nowhere, Aakash decided to start a blog where he would write about his experiences with the CA examinations, his accident, and recovery with satire and parody. In his third attempt, he failed again, thereby falling into an abyss of uncertainty and confusion.

Soon enough, Aakash realised that it was just not his cup of tea and that was the reason why he didn't succeed. Despite the criticism and comments that accused him of ruining his life, and of not working harder, he found himself back again, gathered courage and started to instil humour in everything he did—something he always believed himself to be good at.

Roaming around in the streets of Mumbai, Aakash would notice everything that people did, tried to bring humour out of it, and came up with witty one-liners. Realising that people around him related to and were appreciative of that kind of humour, he opened the page 'Unofficial: Bombay High Court'—the popular Facebook page we often see while scrolling through our newsfeed, laugh at its updates, and tag our friends in them.

This is the story of Aakash Shah, the administrator of the Facebook page, Unofficial: Bombay High Court which now has more than 3.6 lakh followers.

In an encounter with Humans Of Bombay, Aakash had shared his thoughts and passed on some inspiration.

I’m not saying I have it all figured out – I’m far from it, but the one thing I do know is that we underestimate the span of our own lives. We’re here for maybe 50-60 years more and then every particle of our body will just cease to exist. In short, nobody in the long run gives a flying fuck about what you do with your life – so you may as well be selfish and find something you love. Trust me, from CA to comedy – any and everything is possible.