How Aryaka is engineering a communications revolution in the cloud 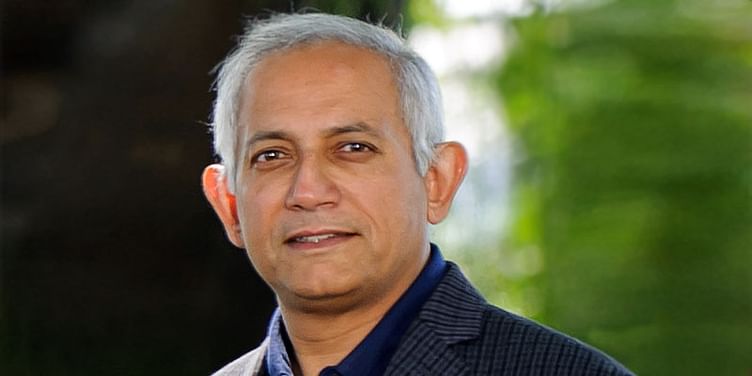 The SDN industry is expected to be worth $12.5 billion by 2020 and the Indian-built company Aryaka wants to go global fast.

When you meet Ashwath Nagraj, he comes across as someone who has spent time in the US, is courteous and likes to be precise in his conversation. But when you actually spend time with him you notice that he possesses immense knowledge in the field of electronics and communications. He has also successfully built and sold two technology companies, one of them for $300 million to Alcatel.

Currently, though, Ashwath is part of the global networks revolution. He co-founded Aryaka Networks with Rajeev Bharadwaj and the late Ajit Gupta in 2009. In six years, Aryaka has raised more than $120 million including $45 million this year. Besides, he is leading the software driven networking revolution sweeping the communications networks of modern-day organisations.

“When the three of us started this company we wanted to bring an opex model into the networks of enterprises,” Ashwath, who is the CTO, says.

All an organisation needs is a broadband line, and the Aryaka software takes all the organisation's applications into its cloud infrastructure to create a virtual private network, provides bandwidth on demand and security across multiple global regions. So a call to a client in New York from Mumbai or Shanghai will have zero latency. The company provides the network-as-a-service regardless of the broadband network that is used in the offices across locations.

They, along with companies like Masergy, Pertino, and Velocloud, are making the software defined space (SDN) a market for investors to scout for great technologies. IDC estimates the SDN market to be $12.5 billion in size by 2020.

"The value of SDN will accrue increasingly to network virtualisation software and to SDN applications, including virtualised network and security services. Large enterprises are now realising the value of SDN in the data centre, but ultimately they will also recognise its applicability across WAN to branch offices and to the campus network," said Rohit Mehra, Vice President, Network Infrastructure at IDC.

What is Aryaka disrupting?

When Aryaka Networks was set up, the likes of Cisco and Juniper Networks dominated the market with multi-protocol label switching, which basically meant transfer of information through routers and switches. Here the company is tied to a telecom service provider like a Verizon or an AT&T for voice and video services. But the problem begins if the organisation and its offices are global and there is latency across the globe. However, even MPLS providers are moving to the cloud.

An organisation can spend more than a million dollars on its communications infrastructure and it becomes a fixed cost. With SDN networks the cost is brought down by 50 percent and most of the payment is based on a pay-as-you-use model. It is here that Aryaka and its 300 employees built a globally scalable business with over 550 clients.

Aryaka Networks is preparing for the world of IoT, where a doctor can wear a Google Glass to look at a patient and the nurse is in Coimbatore or Pune to record the notes about the patient on a real-time basis.

The company has invested in R&D and it is going to scale over the next few years.

Sources say that Aryaka has hit the $50-million mark, but the company does not want to reveal its numbers. “With our technology organisations can prepare for communications of the future such as connected healthcare and manufacturing on a global scale,” says Ashwath.

The pay-as-you-go and pay-per-employee are popular business models. However, there is a fixed cost involved for setting up the broadband to communicate with the network-as-a-service platform created by Aryaka in local data centres. Even the future of the data centre is veering towards a software defined network.

According to Gartner, the software-defined data centre (SDDC) is crucial to the long-term evolution of an agile digital business. The research firm says that it is not, however, the right choice for all IT organisations currently.

"Infrastructure and operations leaders need to understand the business case, best use cases and risks of an SDDC," said Dave Russell, Vice President and distinguished analyst at Gartner. "Due to its current immaturity, the SDDC is most appropriate for visionary organisations with advanced expertise in I&O engineering and architecture."

By 2020, however, Gartner predicts the programmatic capabilities of an SDDC will be considered a requirement for 75 percent of the Forbes Global 2000 enterprises that seek to implement a DevOps approach and a hybrid cloud model.

Now Aryaka is well poised to win over organisations and markets. The global adoption of the cloud is an unstoppable force and by 2030 IT and networks will all be free of hardware deployments (routers and switches) in offices. It will be all software and outsourced hardware in data centres that will make applications interact with each other.