Don't want the world of 'Baahubali' to end: Rajamouli 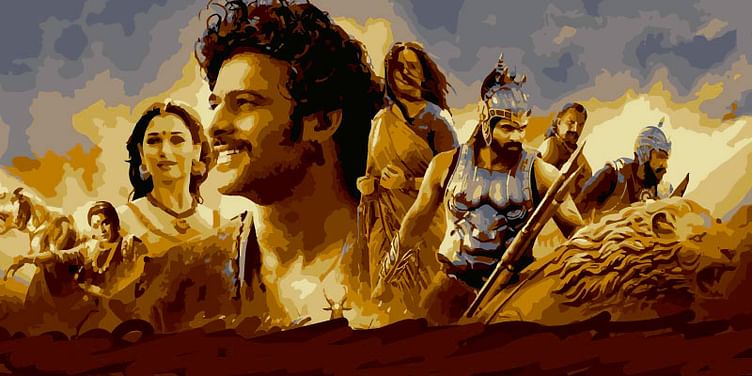 He's the man of the moment in Indian cinema. Filmmaker SS Rajamouli, basking in the phenomenal success of Baahubali 2: The Conclusion, believes the world of Baahubali goes beyond films and there is so much more to explore. So, he doesn't want it to end.

As the blockbuster film franchise–which has set new box office records for Indian films–comes to an end, audiences can still continue rooting for the characters from the world of Baahubali via comics, animation series, and novels.

"We created the world of Baahubali for our actors to understand their character better. When we look at Baahubali and Bhallaladeva, the warring brothers, what we see in the film is just a minor part of their lives. In the Baahubali universe, there is so much more worth knowing about them. The same applies to other characters too," Rajamouli told IANS.

With child-like enthusiasm, he added: "The world of Baahubali is so fascinating. I wish it doesn't end. It shouldn't end and I will pray for it."

It's the urge to tell those stories which couldn't be included in the films, that persuaded Rajamouli and his team to explore other mediums.

"There are backstories for each character in the world of Baahubali... Some really powerful scenes which needed to be told. Unfortunately, film medium has its own limitation and not all stories work very well in it. The story of Sivagami, for instance, is so powerful and exhaustive, we realised it will work wonders as a novel," Rajamouli explained.

Sivagami's story has been turned into a three-part novel. The Rise of Sivagami by Anand Neelakantan is the first book in the trilogy.

Talking about the Baahubali universe being expanded into an animation series titled Baahubali: The Lost Legends, Rajamouli said he's a big fan of the medium.

"I'm a huge fan of Disney's films. Lately, I have been fascinated by 3D animation and I'm glad we could visualise Baahubali universe through this medium. Even though it doesn't cater to a larger audience as cinema, it's widely popular and fast catching up in India," he said, taking pride in partnering with Graphic India and Amazon Prime Video for this initiative.

The second episode from Baahubali: The Lost Legends will be unveiled on Friday on Amazon Prime.

Asked if he would like to direct an animation film outside the world of Baahubali, Rajamouli said: "As exciting as the idea sounds, it took us five years to take Baahubali to the audience. It's going to be a very time-consuming process and I don't think I can afford so much time on a project again."

Talking about the golden run of Baahubali 2 at the ticket window, Rajamouli said he is still "in a state of daze".

"I'm going to be honest and tell you that we wanted this kind of success. We strove hard and longed for it. When we achieved it, it's so hard to believe that I still cannot come to terms with this overwhelming feeling. It's tough to believe if this success is even real," he said.

Will this success mean he will aspire to make something bigger next?

"My long-time desire is to make a film on Mahabharat. You can imagine the scale on which it has to be made and it will be beyond anybody's imagination. It's been on my mind for quite long but I don't know yet when it will happen."

Does he also feel that films such as Sanghamitra and Mohanlal's Randamoozham, to be made on a lavish budget, are merely imitating the path taken by Baahubali?