Non-compliance of guidelines led to the resistance of cotton pest 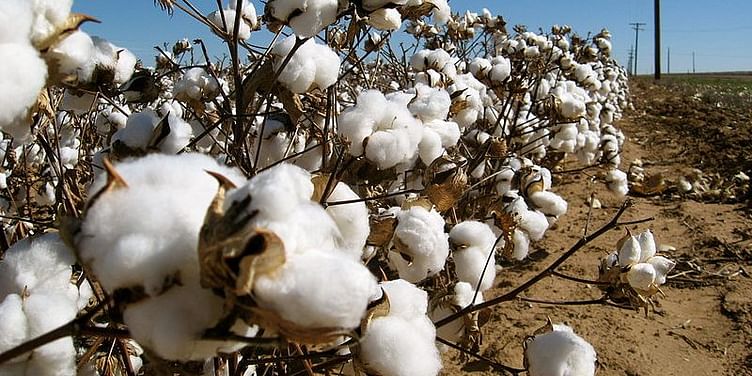 India introduced genetically-modified cotton (Bt-cotton) containing Bt-toxins capable of killing the cotton pest without the need for farmers to use pesticides. But the pests rapidly developed resistance to the toxins, defeating the very purpose of Bt-cotton.

Now, a detailed study by scientists at the Central Institute for Cotton Research (CICR) in Nagpur has found the reason after doing a field trial with Bt-cotton seeds purchased from the open market.

According to the findings, reported in the journal Current Science, farmers' ignorance about the technology topped by non-compliance of an important regulatory requirement by seed companies was the main reason why the pink bollworm developed resistance in India.

India introduced Bt-cotton (Bollgard-I) carrying the Cry1Ac protein in 2002 and, four years later, approved for cultivation Bollgard-II which contains two genes (Cry1Ac and Cry2Ab) supposed to be highly effective in controlling the pests. But pink bollworm developed resistance to Bollgard-I in 2008 and Bollgard-II in 2012. Keshav Karthik, then director of CICR, estimated that Gujarat may have lost seven to eight percent of its cotton to the pink bollworm in 2015.

Under the regulatory guidelines, farmers who plant Bt-cotton must also plant another cotton variety without the Bt gene in 20 percent of the total Bt crop area. The purpose of this is to prevent pests from developing resistance to the Bt-toxins by diverting them to the non-BT crops called "refuge plants". To enable farmers comply with the refuge requirement, seed companies are required to provide a packet of 120-g non-Bt cotton (refuge) seeds with every 450 g packet of Bt-cotton seeds.

"Refuge compliance is crucial for resistance management," Kranthi, currently with the International Cotton Advisory Committee in Washington, told this reporter in an email. "Poor compliance of refuge planting is one of the main reasons why the pink bollworm rapidly developed resistance to Cry1Ac and Cry2Ab toxins."

In order for the refuge strategy to be efficient, the flowering and fruiting should take place around the same time in both Bt-cotton crop and the non-Bt refuge plants. The non-Bt refuge variety should also possess similar fibre qualities as that of the Bt-hybrid, to ensure relatively homogenous fiber quality.

Kranthi said CICR conducted the field trial to find out the compliance levels of the seed companies in providing authentic Bt-cotton seeds "and to assess the technical suitability of the refuge seed in serving as a non-Bt host to bollworms". For the trial, about 120 Bt-cottonseed packets were purchased from the open market of the north and central India along with the corresponding refuge.

The study clearly showed that the refuge seeds sold by the companies had poor germination and were found to have a significant quantity of Bt seeds mixed in them and did not act as refuge due to a significantly different reproductive window period, the scientists reported. "With anomalies like these, it is clear that seed companies are violating the guidelines, thereby putting the existing concept of refuge at serious risk," Kranthi said.

Why are the companies violating the guidelines?

"Developing an ideal refuge variety with synchronous reproductive phase and right fibre quality to serve as refuge is technically demanding and is expensive," Kranthi said. The companies also take advantage of the fact that currently there is "nothing in the rules to examine refuge seeds".

"In general, Indian farmers were not oriented towards planting refuge because of lack of knowledge that refuge planting was most crucial for resistance management," the report said. "With poor quality refuge seeds provided by some companies, the non-compliance only got worse. Bollworm resistance to Bt-cotton in India is a repercussion of the non-compliance."

According to Kranthi, it is important to strengthen seed testing and monitoring systems to ensure that regulatory guidelines are followed ethically year after year to facilitate and ensure sustainability of the Bt technology.