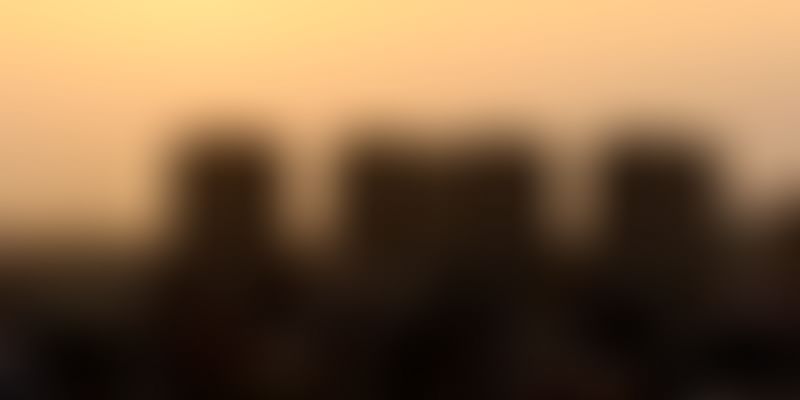 With urbanisation coming into forefront, there is a greater need to look into the connectedness between humans and environment. Let’s see the case of Gurugram city which has grown appropriating resource from its periphery.

The clarion call to save the environment is something we come across every day in our lives—though we may not act on it, we do see, smell, hear, and sense its immediate relevance. This year’s environment day theme “connecting people to nature” encourages people to go outdoors and connect with nature—by going for a short hike, sitting by a lake, a stroll in the park and so on. Needless to say, this should surely spark a connection between us and the environment. However, rather than this possibility of connecting with nature and embracing its beauty, what we intend to underline is the connection that already exists between us and the environment. This article is an ethnographic account of what we observed and gathered from our fieldwork; we do not intend to analyse the issue.

The United Nations, several national and International NGO’s, concerned citizens have joined hands to sensitize the world to the importance of saving our environment. For that matter, the Prime minister of India has been propagating ‘Swachh Bharat Abhiyan’ (Clean India Movement) since the very onset of his campaign. He explained on several occasions how our care towards the environment today may benefit us and our future generation tomorrow. While many politicians, celebrities, and school children are seen planting trees, cleaning their neighbourhood streets or generating awareness on the world environment day, there are also those who are doubtful that a day’s concern would make any difference.

As long as we have access to urban amenities, we tend to be indifferent towards their source However, our cities have grown engulfing the resources of the peripheries. These periurban spaces have mixed characteristics (of city and a village) and bear the ecological footprint of the city (Narain and Nischal, 2007). Commonly, elders are engaged in agriculture while the youngsters commute for work to the nearest cities. You may see a brick kiln, a factory or a small market place next to an agricultural field. Land is primarily acquired for further construction of high rises, farmhouses, industrial setups and urban support infrastructure (like, water treatment plant, waste dumping sites and more); other resources like water, food grains are also appropriated from these areas to meet the ever increasing demand of the city (Narain, 2009a, b). The process of urbanization is bright enough to attract these resources of the periphery towards its lucrative center.

Cities like Hyderabad, Bengaluru, Chennai, and Gurugram have expanded by engulfing the water bodies of the periphery. From our field experience in Gurugram , we have seen construction of a water treatment plant on a common grazing ground of a village whose primary livelihood was dependent on grazing. As a result, the residents not only experienced a loss of livelihood (as the cattle population sank) but the household dynamics also changed. The loss of land for grazing prompted stall feeding, which meant additional burden on women’s work —as cattle grazing forms part of men’s work, it is the woman who is responsible for collection of fodder (Vij and Narain, 2016).

The acquisition of village commons, has also led to the displacement of wildlife. The Sultanpur Bird sanctuary near Gurugram, once favoured by bird-lovers and ornithologists, has lost its charm. While some species are no longer spottable, many others base themselves in large artificial tanks of the treatment plant.

Furthermore, due to water scarcity, ground water salinity, and declining rainfall pattern, there is an increasing reliance over the use of waste water. The waste water runnel that carries the domestic waste of Gurugram passes through these peripheral villages. The farmers use waste water for irrigation and the produce is then sold in the ‘mandis’ (wholesale fruits and grain market) of Gurugram and Delhi. These farmers then buy freshwater grown food grains for their consumption. When asked about the usage of waste water, a farmer replied ‘toh aur kya karu’ (What else can I do?). Another common narrative that supports the use waste water is ‘Lachaari’ (An act of helplessness) (Narain and Singh, 2016).

As a reiterated reminder—we have not analysed the issue in this article, as it solely aims to highlight our connection with the environment.

Another example is the smog at Delhi, last year. Punjab and Haryana farmers were blamed for burning the straw of paddy plant. Interview with farmers revealed that in order to prepare the field for the next crop they burn the straw. The process not only saves them from extra rounds of harrowing and ploughing but also 2000-2500 rupees/acre. The concern here is not the pollution created by such a practice but the dominance of urban residents who, by asking the state to ban it, ignore the fact that they majorly contribute to pollution through vehicles, construction, and dumping. It is neither sustainable nor justified to develop an environment at the cost of another. It is great to plant trees and create awareness to celebrate the environment day. But we need to acknowledge our established connection with the environment and steer the future discourse accordingly. One could then imagine a pleasant future.