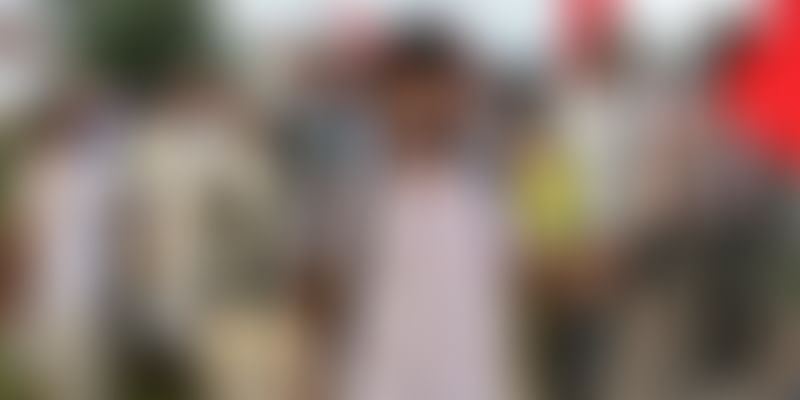 The Narmada Bachao Andolan redefined activism and cradled a whole generation of gallant dissenters. But where does it stand today?

I walked down the weather-beaten road of Jhanda Chowk in the direction that, I was told, would lead me to the office of the Narmada Bachao Andolan (NBA) in Khandwa, Madhya Pradesh. Trudging along under the 47-degree sun, I couldn’t help but muse over the glorious images of intrepid activism, sweeping support, and pandemic influence that the name NBA invokes. Undeniably, I entered the office expecting to walk into a maelstrom of hustle-bustle, the least you’d expect at the epicentre of a movement that shook the nation.

I took many by surprise by deciding to work with the NBA. Friends and family questioned my decision to spend a summer vacation working in rural parts of central India. But beneath the cursory queries, the one reservation that was common across all, and about which I too started wondering, was the purpose of this visit. Being born in the ’90s, I and many around me missed the country’s most glorious years of gallant activism. We were born into an already-constructed dam. And so, to an extent, the constantly repeated question—“The dam is made, what now?”—was justified.

Of struggle and reconstruction

The NBA emerged as an enraged but inevitable reaction to the Narmada Valley Developmental Project that announced a vision of 30 large, 135 medium, and 3,000 small dams on the Narmada and its tributaries. At that time, numerous protest groups, student factions, NGOs, and transnational networks were already leading the three dam-affected states of Madhya Pradesh, Gujarat, and Maharashtra. Among them was a youth group in Gujarat, Chhatra Yuva Sangharsh Vahini, which worked for generous rehabilitation packages and ensuring that the government upheld its promises. In contrast, Madhya Pradesh and Maharashtra saw groups that had moved from demanding better compensation to seeking a complete closure of such projects. Narmada Ghati Navnirman Samiti (Madhya Pradesh) and the Narmada Ghati Dharangrastha Samiti (Maharashtra) subsequently merged to form the NBA in 1989.

While calling for a halt on dam construction, the group concurrently proposed developmental alternatives to combat the problems of irrigation, electricity, and drinking water. However, it wasn’t merely an attack on the dams. The struggle revolved around putting accountability in place—accountability of the World Bank for the project claims and accountability of the government for the project impact. The movement, with Medha Patkar at its helm, had started off primarily as a protest against the Sardar Sarovar Dam but soon encapsulated Maheshwar, Indira Sagar, Omkareshwar, Maan, Beda, Goi, and Jobaat dams. People took to the principle of ‘struggle and reconstruction’ or 'Sangharsh aur Navnirman', an ideological stand that outlines the foundation of this long-drawn movement.

Demigods and their devotees

I came to realise that my conception of the movement was in stark contrast with the reality. Celebrity presence has dwindled, mass solidarity splintered, and the seemingly invincible fortification has crumbled. Shots of drama had been captured, the anguish written about, and tragedy archived. The crusade that once penetrated every household through the exhaustive media coverage soon saw everyone move on.

Even with this awareness, I wasn’t prepared to find just a minuscule structure behind the movement of this stature. The entire andolan in MP, with five large dam-affected regions in its ambit, rests on the shoulders of two—Chittaroopa Palit and Alok Aggarwal, who joined the movement young, soon after acquiring the best of the country’s education from Institute of Rural Management Anand (IRMA) and Indian Institute of Technology (IIT) respectively. The Valley rises to their names. The news of their arrival sets in motion a flurry of activity. Women abandon their chores, men return from their fields, and the village elders squabble to play host to Silviji and Alok Bhai as they are fondly called. In a late-night storytelling session during my first tour alone, Kailashji, a venerable resident of Sulgaon, made an electrifying analogy comparing Alok to Lord Krishna and Silvi to Goddess Durga. Yes, they have attained demigod status.

Their actions that once flustered the town folk soon gained popular acceptance and eventually spurred positive change. They sat with people on the floor instead of using chairs like upper castes, went to the labourers' area, supported inter-caste marriages, and encouraged women’s education. They broke pre-existing social norms and moulded new, liberal ones. However, despite this large loyalty base, the two have consciously steered clear of attention. “Growing with the movement is alright, but becoming bigger than the movement is not,”—what Silvi had casually said to me on our first day together, I now realise, adds up to the overall decentralised functioning of the andolan.

A few days after my initiation into the NBA, I was deemed fit to take over chunks of the Narmada Valley to talk to the dam-affected about their legitimate rights, to make lists of violations, and to bring more villages into the folds of the movement. Based solely on the andolan's goodwill, I stepped out alone to tour villages I’d never seen, on modes of transport I didn’t know were still used, and to live in conditions I was afraid my city life hadn’t equipped me to deal with. All I had were a few phone numbers of boat owners and motorcycle possessors as emergency contacts, a hand-drawn map charting all the bus stops, and names of people who were likely to offer me a place to stay.

I was half proud and half worried as Dukia village, my first destination, drew near. But all my apprehensions and safety concerns dissipated on reaching the place. The entire village of over 100 was awaiting my arrival. It was a picturesque new resettlement on a hillock, just a few hundred meters from its original, now submerged, site. It is a part of the region that lends the strongest support to the NBA. The announcement about the NBA's arrival, either through the village messenger or through a loudspeaker, continues to be greeted with unmatched enthusiasm.

Holding on to skepticism

I went to the NBA as a 19-year-old passionate about the cause, yet holding on to skepticism about what I hadn’t seen, just read. There are more than enough papers condemning these mega projects for ecological diminution, for community disintegration, and for the pauperisation of the common man. I couldn’t help but hold it against my Standard X CBSE textbook that refers to dams as temples of modern India.

Nehru’s oft-quoted remark, used to kick-start so many “pro-development” advocacies on dams, is sadly an incomplete representation. While this 1954 remark by the country’s first prime minister is remembered and frequently parroted, his speech, from four years later, calling big dams a “disease of gigantism” is less remembered, never quoted, and obviously has not made it to the textbooks.

Another omission, which in the course of my journey I often wondered about, is that of systematic empirical evidences to measure the positives of this mega project. Huge sums of money and large amounts of time have been spent on these projects but the government never ordered a post-project evaluation to gauge the benefits. Since the cost-benefit analysis conducted before the dam construction determines the fate of the project, the benefits are invariably inflated, while the detriments are underplayed.

Sardar Sarovar Dam, initially slated to cost Rs 6,400 crore, was made in Rs 40,000 crore by 2010–2011. Bargi Dam required 10 times more than the estimate and irrigates only five percent of the promised command area. The cost of biodiversity loss, increased seismicity, siltation, soil salinity, waterlogging, vector breeding, flash floods, and estuary damage can't even be measured. Forest worth Rs 33,923 crore was submerged during the construction of the two major dams. This was, however, not accounted for in the cost-benefit analysis as the Ministry of Environment and Forests said it was impossible to compensate. No definite figures on displacement are available. The estimates of the number of people to be displaced, before dam construction, are in no way reflective of the actual around 40 million oustees.

My experience at the NBA was a mere reiteration of these very facts. I saw the playing out of these outrageous statistics and witnessed the coming alive of sociological research that fills pages of books and journals, berating the project. Yes, I saw firsthand human monstrosity. Yet, in the worst of times, I also saw the best of humanity. My stay at the villages exposed me for the first time to community living, to familial relations with every individual in the village, to open doors at all hours, to places with no need for police deployment. I was exposed to a simpler place of an anachronistically simpler time.

But these weren’t just villages. These were project-hit villages. Against a pastoral backdrop, I was brought to a reality of mass displacement and all the problems that come with it, from no compensation received to gross misuse of compensation money in the form of alcohol abuse with consequences that tear families.

While many such battles have been lost by the andolan, some important ones have been won, which keeps the andolan together. Increase in compensation for the landless labourers, readjustment of land rates, and complete halt to the Maheshwar project combined with legal redressal have proven to be crucial in keeping up the morale.

There have, over the years, been several forces that sought to malign the NBA. The motives have been questioned and the leadership criticised. ‘Anti-development’ and ‘anti-national’ are just some of the labels thrust on it. Even the means of protest have been questioned. The 2011 novel Jal Satyagraha saw 51 jal satyagrahis protest by sitting in water for 17 days, leaving the place only for three hours daily to sleep and eat. The protest brought back the movement to primetime news, reignited the spirit of struggle in the Valley, but also saw a report in the Times of India “Reality bites: Khandwa’s made-for-TV protest” calling it a farce while the NBA’s rebuttal to this was not published.

It’s safe to say that the andolan has had its share of bad days. But it’s when the villagers laugh and narrate tales of the various attempts to disintegrate the movement and of times they’ve turned down bribes that I realise that the movement is much above these things. It’s much above greed. Yes, they’ve had their bad days, but they’re here to stay.

I look back at my visit with contentment. It answered all my badgering doubts about the relevance of the movement. I realised the NBA never was an “anti-dam” movement, and it has ceased being just about seeking relief and compensation. It has evolved as the community around it evolved. It broke rigid caste barriers, narrowed gender disparity, and dissolved religious differences as larger groups of people took shelter under the umbrella organisation. The andolan could not remain confined to only project- related issues while ignoring its sociological manifestations.

During my time at the NBA, we started a Mahila Mazdoor Sangathan, a women’s wing to give a voice to the shared problems that often go unheard. Earlier too, there have been initiatives at education and sporadic episodes of health care, among other attempts at holistic development. The NBA isn’t just a struggle for justice. It’s a battle for betterment. One visit to the NBA answered all my questions about the persistence of this movement. I hope this one read answered some of yours.

Disclaimer: This article, authored by Medha Uniyal, was first published in GOI Monitor.