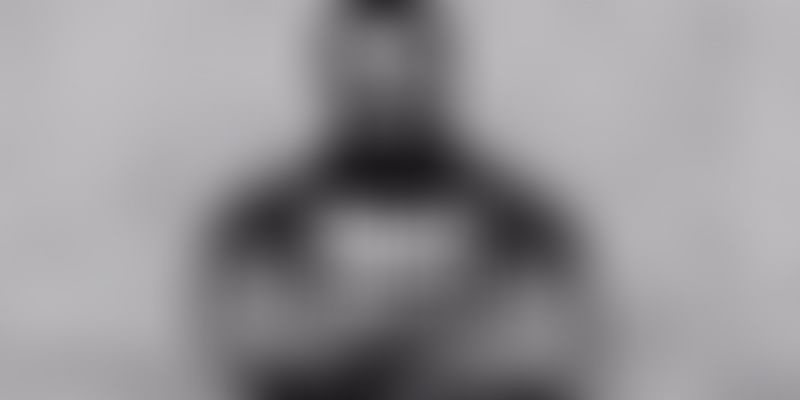 Health foods is a Rs 10,000-crore market, according to E&Y, and is dominated by protein and malt powders. However, Zago is getting ready to jump in with its research and development on ready-to-drink products.

Sridhar Vardaraj is not your average 47-year-old. He loves engineering, as a science, as much as he loves his fitness. He has competed in Iron Man events, globally, where one has to run 42.20 km, cycle 180 km and swim 3.86 km.

Sridhar, who loves riding a Harley Davidson on Bengaluru's roads with his beard flying in the air, comes across as a tough biker. But looks notwithstanding, he is also an engineering graduate from University of Pennsylvania.

That’s not all; he comes from a family that owns the Rs 1,000 crore-plus Premier Group in Coimbatore, which is in textile manufacturing.

In 2014, the idea for a health drink company started brewing in Sridhar's mind. He left everything to set up a manufacturing company that could build a health drink.

“India suffers from protein deficiency and most locally produced protein drinks are not making an impact with the ingredients used and also do not give the desired result,” says Sridhar, founder of Zago Life, which manufactures and retails 'convenience' health drinks.

Most protein products in the industry are powders that cost Rs 3,500 or more for two kg, and are manufactured locally. They are not gluten- or lactose- or soya-free, thus discounting a lot of customers suffering from intolerance and allergies.

So when Sridhar set out to build this company he went against conventional wisdom. “I do not want to be a copycat in anything that I do. I spend a lot of time in research and development, that has been my nature,” he says.

It all started in 2014 when he was experimenting with his own protein mixes and he discussed his ideas with nutritionists and food scientists. One of them joined him and he began to develop a protein drink that can be packaged and made available off the shelf in retail stores.

After a year of hard research the company was born in December 2015 with a protein drink available in several flavours. But marketing it was not going to be easy since Sridhar came from a manufacturing background.

“Building an Indian brand for the health-conscious segment presents a big opportunity going forward,” says Maulik Mistry of Mojo Bars, which is a Rs 2-crore brand based out of Mumbai.

There are companies like Paperboat and Raw Pressery, among others, that are participating in this multi-billion-dollar opportunity.

However, Sridhar’s pursuit was not the opportunity itself; he wants to send a message to those who think about health as a primary motive in life. He wants to promote a protein drink that can be made gluten-free, lactose-free, soya-free, which can also taste good. His brands Body Buddy and the Breakfast Shake are created with the body's protein requirements in mind. Most protein shakes are bitter tasting. So, you can see him and his team in most marathons giving away samples of the product.

But the business had its downs, and it was a quick lesson in management for Sridhar. When he began to retail the product he trusted his early sales team, which placed the product in every small retail shop. The product began to die because of the lack of discoverability and retailers started returning the product because of lack of sales.

That’s when Sridhar stopped working with two consultants because their goals of building a great brand did not align with his. “The early team focused only on sales instead of stocking the product by demographic profiling and understanding the consumer catchment,” Sridhar says.

Sridhar revamped operations and began focusing on the organised retailing segment and worked with names like Reliance Retail, Aditya Birla More and other retailers. Now Zago is available in 1,000 stores across the country and is pushing towards 2,000 stores in eight cities.

It was in Delhi that word of mouth worked the most for Zago. A bunch of young gym enthusiasts began to frequent a store in front of their gym to buy the protein drinks and they began to consume Zago. From just that one location the word began to spread that this ready-to-have protein drink was great after workouts. Since mid-July 2016, the company has been able to scale up the brand with very little advertising and clever use of Facebook around fitness enthusiasts.

Sridhar does not want to reveal the numbers and believes he wants to build the brand before he can talk about the success. “I have invested quite a lot of money on the brand and have set up a manufacturing unit too,” he says.

“Most modern brands are using the online medium very well to market their products,” says Manish Chowdhary, co-founder of the Rs 50-crore Fit and Glow.

Zago competes with all the fragmented protein brands available in pharmaceutical stores. For Sridhar, who is full of zest for life, this is a lesson in itself. He certainly wants to build a large brand in India and the timing is just right to go places.