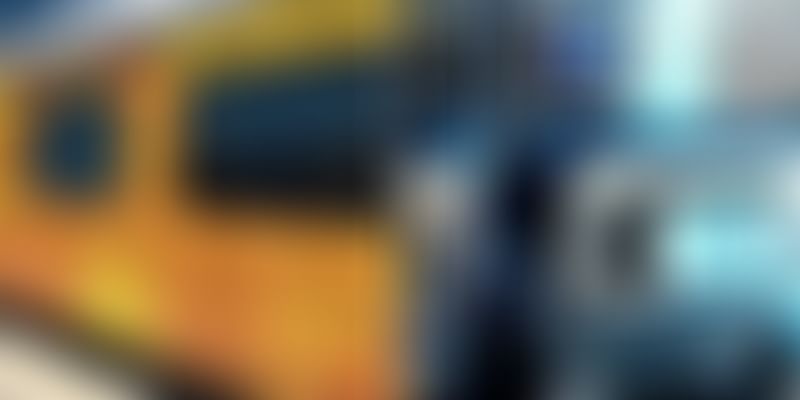 Tejas Express arrived a minute early at Chatrapati Shivaji Terminus in Mumbai, surprising everyone as it had started three hours late from Goa’s Karmali station. This happened on the first day of the train’s journey under the new monsoon timetable.

Tejas Express can run at the maximum speed of 200 kmph. Due to the monsoon, it takes 12 to 15 hours to complete and eight-hour journey, reports The Hindustan Times.

The luxury train which usually starts at 7:30 a.m. from Goa, started at 10:30 a.m. for its destination, Mumbai. It had to cover a distance of 750 km. But an empty coach from Mumbai arrived late and delayed its departure.

Yet, the train managed to reach Mumbai by 7:44 p.m. Travelling at 153 kmph, it reached Kudal two hours and 17 minutes late. By increasing its speed, it reached Ratnagiri an hour late and arrived at Panvel just 14 minutes before the scheduled arrival. Chief spokesperson of Konkan Railway, LK Verma told The Economic Times,

"Tejas was delayed by a few hours as an empty rake from Mumbai came late. This was a rare case and a one-time problem. It won't happen again"

Under the monsoon service which ends on October 31, the train is expected to run three times a week from Mumbai to Karmali and return from Karmali station the next day. The train stops at Dadar, Thane, Panvel, Ratnagiri, and Kudal stations.

The train, which has 13 coaches and facilities including WiFi, bio toilets, automatic doors, was flagged off by Railway Minister Suresh Prabhu on May 22.