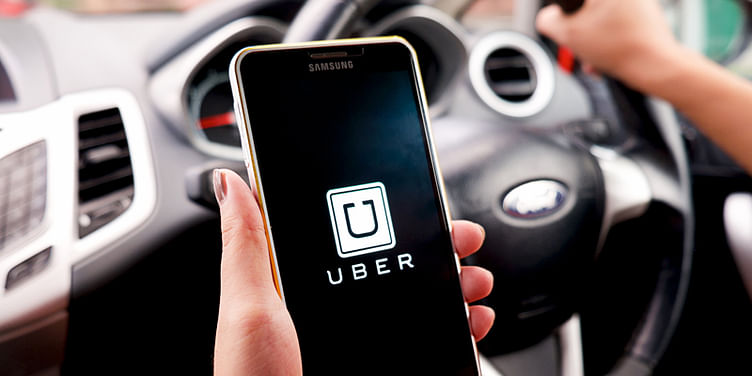 We might be adopting global technologies and services, but we need them to be presented with a ‘desi’ touch. Uber is well aware of this. While a global company, its engineering centre launched last year in India is one of its kind.

We may have become accustomed to booking a cab at the touch of a smartphone, but transportation was not always this easy. It all began in 1914, when a car salesman in Los Angeles chanced upon people queued up for trolleys.

Thinking of a solution, he started using his car to pick up passengers, charging a nickel for his services. The idea caught fire and by 1915, places like Seattle and Kansas were seeing more than 50,000 trips a week. In LA, where it had all begun, the trips exceeded 1,50,000 per week.

Interestingly, in 2016, Uber’s number of rides in LA was 1,50,000. But the experience today is vastly different in terms of cars and the way we hail a ride.

Uber today is working to build the best transportation technology for the world and the India engineering centre is building one just for India, informs Apurva Dalal, Head of Engineering, Uber India, at a closed-door event at Delhi’s Le Meridian.

“Working for a mobility company makes it difficult for me to stand in one place and talk,” he says on a lighter note.

While Uber started operations in India four years ago, the app is today present in 29 cities across the country. The San Francisco-based ride-hailing app’s India engineering centre is focused on building the technology for the country and in many cases expanding across the globe.

Building for a unique market

“India is unique in its own sense. To take a passenger from point A to B, you need a commercial licence plate, so in that sense you are jumping the whole private vehicle system. Public transport is still a work in progress in many parts of India, so Uber is building a separate transportation system that works for India. Drivers still call you to get to a location. Safety is a big condition and the network coverage is bad.”

“The India engineering centre is autonomous and builds products from scratch. However, one of the biggest advantages is that we work on the massive global engineering platform of Uber.”

“The Uber app has essentially evolved with time to suit the needs of the market. In India, specifically, we need to make sure that the app works along low network connectivity,” says Apurva.

One of the earliest innovations made specifically for India, which Apurva considers among the most controversial, was the cash feature. Explaining this, he says,

“Uber is all about a frictionless experience, but cash introduces friction and post-ride work. So cash was something Uber didn’t want to add. We did it as an experiment in Hyderabad and it worked well and now it is working well in Jakarta and even in developed countries. It was launched in the UK and works great in Manchester.”

Interestingly, Uber started its engineering push after its exit from China. A team of over 100 currently, the company is working on different technologies with the focus on driver growth, mapping, vehicle telematics, and the rider experience.

At the event, Apurva's team also explained how, with the driver integration platform, the focus has been on onboarding as many drivers as possible as well as enabling them to upload documents with ease.

The team works towards tracking rides, helping drivers at every step, nudging and encouraging them whenever the need arises. “We give them feedback in the form of notifications on the app,” says Apurva.

The team is also experimenting with IoT and sensors to assist drivers. The idea is to build an ecosystem around the vehicle, which, in turn, will help the driver. The project is currently codenamed 'Autohawk'.

“Since India is a unique country, what we build here ends up working across different geographies, so in essence, we are building for the globe from India,” says Apurva of the various experiments Uber is conducting here.

For India, however, the team also needs to look at different ways of innovating, be it bringing their US integration with Spotify here or looking at other ways to improve the ride experience.

Also, there are niggles like driver hacks, for which Uber’s tech team needs to be at the top of its game.

Uber now aims to improve the experience for the driver with more real-time feedback and accurate measurements. So far, Uber has been relying on GPS and other sensors in the driver’s smartphone to track performance. But data collected from smartphones is not always accurate and they do malfunction from time to time.

Uber’s long-term goal is to sense the 'heartbeat of the car' and check its other 'vital signs' with strategically placed sensors and rely less on smartphone data. Apurva calls it the 'healthscience for vehicles' and as a means to inform driver partners on whether their vehicle is due for an oil change or maintenance.

The other goal is to track driver performance and give them feedback on their driving skills. Are they are pushing the brake or clutch too hard and wearing them out? Are they moving at optimal speeds?

While Uber is working on improving the overall experience for riders as well as drivers with these integrations, Apurva notes that in markets like the US driver partners are generally technologically savvy and rely on Uber as a supplementary source of income.

On the other hand, most driver partners in India rely on Uber as their main source of income and generally need to be taught the nuances of operating a smartphone and how to read maps.

So Uber has to approach the Indian market from 'first principles' and train driver partners from scratch.

But on the plus side, if Uber can succeed in a market like India, it increases the odds of success in other developing and developed markets. Or atleast that is what Uber's successes so far and internal data seem to be indicating to them.