An ordinary microscope turns into a smart diagnosis device: how Alexapath is democratising healthcare 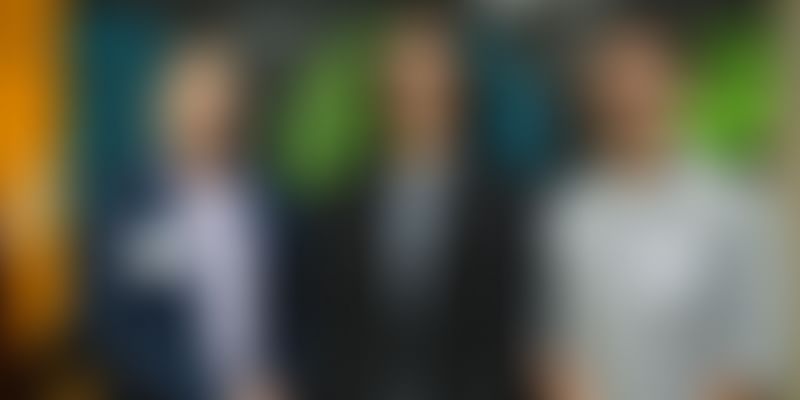 Our rising life expectancy is proof of increased awareness and affordability of healthcare the world over. In 21st century India, thanks to digital technology, tier-II and tier-III cities in India have such information reach. However, as a hyper alert media has shown time and again, when it comes to rural communities, the twin challenges are time and distance. Patients in these areas still travel exhausting and impossible distances to receive even the basic medicare, leading to delayed diagnosis, if at all they can afford one.

One solution to this avoidable gap in healthcare is Telepathology—the use of telecommunications technology to transmit image-rich pathology data from the field to medical personnel working remotely. This advantage of speed can save precious lives, covering huge swathes of communities. The digital pathology market, poised to reach US$679.1 million by 2021, is growing at a CAGR (compound annual growth rate) of 12.1 percent. A startup that’s now all set to make a mark in this area is Alexapath, one among the eight finalists in Cycle 1 of the Qualcomm Design in India Challenge 2017.

The smartphone has massive reach, covering even the back of beyond in India. Now, just imagine using it almost like a lab. This is how it works. Alexapath is the developer and supplier of IoT hardware and software accessories that up-convert standard microscopes into connected devices. It's ADA Telepathology system allows any microscope to be used as a whole slide imaging device with the simple addition of a smartphone or ADA camera mounted on an eyepiece and a moving robotic stage. It is so simple to use that any medical worker—even one with no knowledge of pathology—can obtain a specimen, prepare a slide, and run a scan using Alexapath's Mobile Whole Slide Imaging app (mWSI).

The app combines multiple micro photos into a composite digital image of the whole slide and transmits the data to a pathologist anywhere in the world. With conventional whole slide imaging devices costing tens of thousands of dollars, Alexapath offers a cost-efficient, portable solution with the potential to save countless lives. The selling price of the device in India is Rs 1 lakh, whereas competitor products start at $30,000 (Rs 19+ lakh) and go as high as $100,000 (Rs 65 lakh).

Alexapath was founded by Lou Auguste (38), Dhaval Palsana (26) and Shishir Malav (25), Dhaval and Shishir were at NYU Tandon School of Engineering in early 2014 when they met Lou, who had worked as an emergency first responder to the earthquake in Haiti and had seen tragic instances of people not getting the medical attention they needed because of a shortage of pathologists. Enabling remote areas with pathology tools was a cause worth taking up, and they started out with a small clinical study. Buoyed by the success of this study, they decided in November 2016 to start Alexapath to bring the product to market.

“Our mWSI technology eliminates the barriers between providers and pathologists because it can work in areas with limited infrastructure and resources. Our system expands access to a worldwide network of specialists to locations that would otherwise lack access due to geographic and technological barriers, provides an affordable solution that can be deployed with little IT infrastructure, eliminates the need to transport slides, speeds turnaround of diagnosis, and improves communication,” Dhaval explains.

But how does the whole system work? According to Lou, Alexapath's hardware consists of the Auto Diagnostic Assistant or ADA, which is a robotic slide holder that can be attached to the stage of any microscope with a universal connector; and the camera to eyepiece adaptor, which connects a CCD (charge coupled device) camera to the eyepiece of a standard microscope. “Our software consists of two applications—mWSI and mWSI live. In addition, our team is working on an AI (artificial intelligence) diagnostics system called AutoPap,” he adds.

mWSI is used to acquire a plurality of individual images of a specimen slide and then stitch these images together to create a composite whole slide image with a zoomable image format. The startup’s early research has been documented in the British Medical Journal (BMJ) and their pre-clinical validation was presented as a poster at USCAP 2016. Alexapath also developed the stitching algorithm used to create these mWSI.

“mWSI Live is a method for sharing a live video feed from the connected microscope over the internet as well as control the movement of the ADA robotic slide holder from a distance,” says Shishir.

“Our team has been developing a computer vision/machine learning algorithm to diagnose HPV (human papillomavirus) in pap smears, which works in conjunction with the ADA slide holder, the camera to eyepiece adaptor and the mWSI application,” he adds. The algorithm has been developed with teams from IIT Mandi and NYU Tandon School of Engineering. It stratifies seven different grades of dysplasia/epithelial atypia, allowing the creation of a point of care diagnostic for HPV screening that will not require specialist’s presence.

Alexapath’s system underwent its first clinical trial at Northwell Health LIJ while another was done at the same hospital with their improvised ADA system. The startup has agreements in place with following hospitals who will be receiving their ADA systems in next few months: Justinien University Hospital at Cap-Haitien (Haiti), Kidwai Memorial Hospital at Bengaluru (India) and Sri Devaraj Urs Medical College at Kolar (India).

“We are the pioneers in developing the Whole Slide Imaging system which can upgrade any normal microscope into a smart, IoT-enabled microscope, making it universal as compared to other legacy solutions in the market that have to be bought as a single package. We face competition on hardware front from such legacy systems as well low-end slide scanners like BioScan, Uscope, MikroScan, Hammatsu and others,” adds Dhaval.

The primary revenue driver for Alexapath is device sales to healthcare providers such as hospitals, clinics, PHCs (primary health clinics) and researchers. “We also charge for our cloud services for storage and auto diagnosis. In addition, we are open to sharing APIs (application programming interfaces) and annual licence to developers and researchers who are working in similar areas as ours,” Shishir says.

“Participating in the Qualcomm Design in India Challenge was a logical choice as we were looking into possibilities of developing an all-in-one ADA system with touchscreen and powerful embedded image processing engine. Also, given our relatively new presence in India, working on the new system will give us an opportunity to grow in India, set up manufacturing supply chain and, more importantly, forging a partnership with customers in the process,” says Lou.

How’s Qualcomm helping them achieve this? “We are developing an all-in-one ADA system that can not only control the microscope but also compute the images. Given that we work with a huge number of images (>50,000), we do need more efficient image processing algorithms that can run on powerful mobile processors like SnapDragon 820 and we are enjoying a very close development assistance in the same form Qualcomm,” says Dhaval.