History of Aadhaar: How Nandan's core team came together 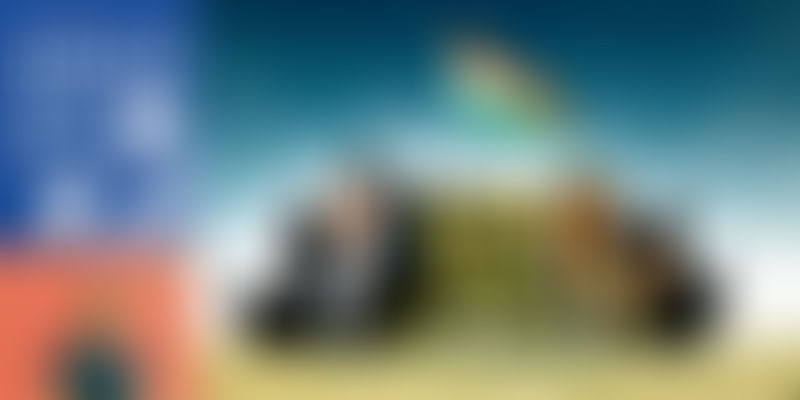 Logging out of the corporate world and into the government could have unintended and collateral consequences. On 9 July 2009, at 4 p.m., when the techies at Infosys logged out to attend the farewell party of one of the founders, Nilekani told his colleagues with candour, ‘My only identity is Infosys. I leave to lead a programme which gives identity to every Indian. But today I am losing mine.’

His new identity would depend on the kind of identity he created for UIDAI. Between his meeting with Manmohan Singh and the announcement, Nilekani spent time consulting friends like Srikanth Nadhamuni, an engineer who had spent a decade and more in the Silicon Valley and ran e-Government Foundation, T. Koshy, who ran India’s premier securities depository, the NSDL, and Sriram Raghavan of Comat Technologies, all of whom knew the challenges of inducting technology to improve the delivery of government services. He asked, ‘Is registering a billion persons doable?’ The answer was: yes.

Nilekani needed to find individuals to build the new institution. He needed people who knew government and who understood technology. Classical theory on governance lays much emphasis on the role of institutions in the development of the state. It is equally true that institutions are built by individuals. He had to choose his team from within the government – and quickly, so as to leverage the enthusiasm within the political system to be able to choose the right talent.

In government, whether it is hiring for a new programme or filling a routine vacancy, there is due process to follow. A list of probable candidates is compiled, including their curriculum vitae and confidential reports. These last are scarcely helpful – officers are usually graded as outstanding or very good without much detailing on the distinction. The exercise to find the right people demanded insight and inside knowledge. Nilekani sought out K.P. Krishnan, about whom it was said that he knew the civil list almost in its entirety. Krishnan suggested three names – for CEO, for CFO, and one for Nilekani to consider as private secretary (PS).

Nilekani first met with Ram Sewak Sharma. The postings held by Sharma, a 1978 batch IAS officer from the Jharkhand cadre, seemed straight out of a Bollywood script. He had been posted in the badlands where people and officers are frequently brutalised by political and other bandits. Sharma’s hobby: writing code.

Sharma acquired his first computer in 1985, as District Magistrate (DM) of Begusarai, and a year later he introduced the district to a DCM 10-D computer and wrote a code to track down lost-and-found weapons. Later, as DM of Purnea, where he was looking after the treasury, Sharma wrote a code to enable a public grievance system. Then, as deputy commissioner at Dhanbad, he used it to manage elections. When he learnt that government personnel on election duty were co-opted by the political parties, Sharma deployed his code-writing skills to randomise the posting of people at booths. In 2000, at the age of forty-five, Sharma went to the University of California to acquire a Masters in, well, computer science.

At first look, Sharma is the quintessential bureaucrat, polite yet foreboding. Sharma says that he had been transferred nine times in seven years in Jharkhand. Luckily, for four of those years he had additional charge of information technology, so the experiments continued. He recalls his first meeting with Nilekani at the Maurya Sheraton hotel on 1 July vividly. ‘I had heard of the new project. I knew it was going to be tech-driven. For me, it would have been another posting – one where I would work in an area of my interest.’ He told Nilekani, ‘If you have left everything to do this, have taken such a risk, I do not think there is any risk for me.’ Sharma was concerned about work division. ‘I asked him, how do we do this, and he was lucidly clear. He said, ‘Ram Sewak, you will execute the project. I have to manage the ecosystem.’

The second person Nilekani met was M.S. Srikar, an IAS officer of the Karnataka cadre and a gold medallist from the National Law School of India. Srikar was doing the mandatory mid-career training at the IAS Academy in Mussoorie when he was told his name had been put up as private secretary to the chairman of UIDAI. He jumped at the opportunity to work in a new and unique project.

UIDAI now had a chairperson, a CEO, a PS. What it needed was that all-critical component of CFO, not just someone qualified to be a chief financial officer but one who understood the intricacies of oversight and accountability within the multi-layered systems that make up the government.

Enter Ganga K., liberal arts major and a technology buff. Way back in 1989–90, as senior deputy accountant general in Chennai, Ganga had been involved in the computerisation of Provident Fund accounts in Tamil Nadu. Those days, the AG’s office had vintage Ascota accounting machines, the ones with keyboards and the kind that add and print out a sheet to be stapled to the ledger. ‘When the systems were changed,’ she says, ‘I was tasked with overseeing its implementation – it was quite an experience and converted me into a tech hobbyist.’

Ganga had just shifted to Shimla in May 2009, as the principal accountant general in Himachal Pradesh. She had heard about the UIDAI project. ‘I was intrigued and fascinated but I didn’t expect to be asked.’ Then Krishnan called her and asked, ‘Would you like to meet with Nilekani?’ A week later Ganga drove down from the hills to meet the UIDAI chairman. Nilekani reviewed her CV in detail and asked her, ‘Can you give five years to this project?’ She said yes, ‘with one caveat. I didn’t want to be just the CFO. I wanted to be involved in the conceptualisation and implementation of the project.’ Nilekani agreed instantly.

Between them, Sharma and Ganga provided Nilekani with a formidable combination. They understood technology and bureaucracy. They knew the punctuations that can free or freeze projects – the procedures, processes and pitfalls of operating in government. Old-timers will validate that allocation means nothing in government, merely a prayer, unless followed by sanctioned clearances, which is akin to the grant of a boon. Frequently, pilots and projects get stranded between these two points. The duo navigated the catacomb of words to ensure that UIDAI had, within weeks, the necessary powers to proceed and would not be held hostage to the clearance regime.

This is an excerpt from Shankkar Aiyar's book Aadhaar: A Biometric History of India’s 12-Digit Revolution, which traces the history of this ambitious and controversial project.