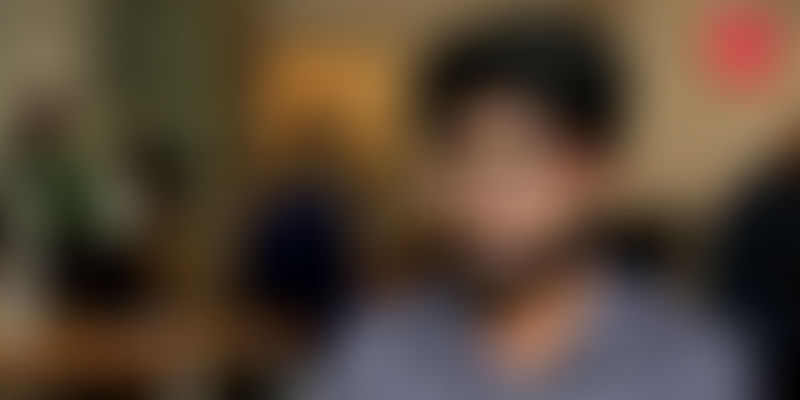 If you think that young entrepreneurs in India are only interested in doing more of the same thing—e-commerce, foodtech, and hyperlocal—then you could not be further from the truth.

This bunch of engineers, who have just graduated from IIT Madras, are setting their sights on a niche sector. Twenty-two-year-old Daniel Raj, who is the Founder and CEO of Detect Technologies, along with a 40-member team of hardcore techies, is building an innovative solution for heavy industries, especially the oil and natural gas industry.

Their artificial intelligence (AI) and machine learning startup is a drone-as-a-service company focussed on helping manufacturing industries ensure asset integrity and proactive monitoring, thereby ensuring that they cut huge losses of around Rs 6-9 crore (daily) by way of shutdowns.

Incubated at IIT Madras, the team spent five years in research and development to come out with two market-ready products as of now. The first is a sensor (with a patent technology) to detect any leakage in the oil and gas pipeline, while the other is an industrial drone (with proprietary algorithms) that inspects and assesses large volume assets like boilers and stacks. They also have the ability to generate a report on the same day.

The team had raised a seed round from IIT Madras and are in the process of closing a pre-Series A round soon.

“We are already making revenues with our drone technology,” says Daniel. Narrating his experience of pitching to potential clients, he says that has been one of their biggest challenges. “I had to grow a beard so that I could appear older,” he says smiling.

However, the team has successfully signed a deal with Reliance Industries following which it has become easier to approach others in the industry.

Daniel says that getting access to mentors in the field is also difficult, but the fact that they were incubated at Axilor helped them get connected to “some good people in this field.”

Besides the Indian market, the team is aiming to go international. “More than India, for us the bigger market is in the Middle East and Southeast Asia,” says Daniel.

Considering they have just graduated, Daniel says, “We are slowly realising the realities of life as an entrepreneur. The real world is far from a life in a lab.”

Nonetheless, the young entrepreneur is raring to go and believes that with the enthusiasm and high energy of the team they can ride high.

Watch Daniel talk about his product and the problem they are solving with their patented technologies in the video below.