Is sexual harassment at the workplace a result of power dynamics? 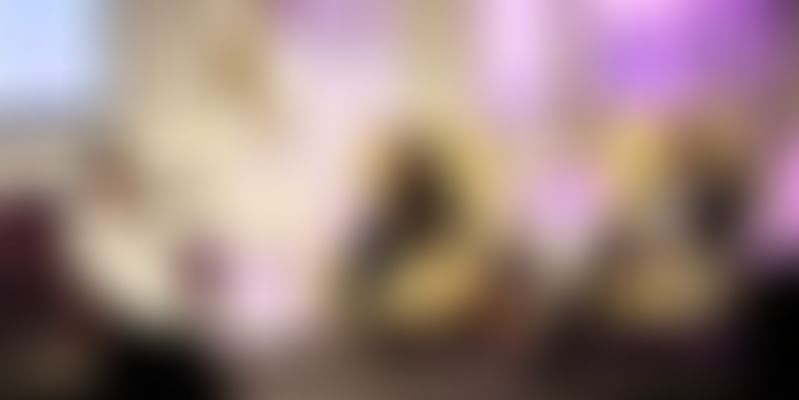 Kalaari Capital and YourStory came together recently, rounding up a panel of experts to talk about workplace harassment and the onus on companies to foster a work culture that encourages and supports women employees.

The Indian Constitution provides equality of opportunity for all people, irrespective of gender or religion. But we still live in a country, and a world, where these rights are not always practised. Women joining the workforce is no longer a rarity anymore, but workplaces continue to be places of sexual harassment.

We have learnt to endure what we cannot change, not just in office but at home and school too. Kalaari Capital and YourStory came together to spread the message that we should not tell the next generation of women to endure harassment at work. They need to take action. At the event ‘TogetherForChange’, Kalaari Managing Director Vani Kola engaged in an interesting conversation with Nivruti Rai, GM of Intel India, and D Shivakumar, Chairman of PepsiCo.

The event saw participation by a surprising number of men too. As Vani observed, for many attendees, it was probably their experiences that have led them to work for this cause. She did not deny organisational responsibilities. “But we cannot look at it just from purely an organisational role; this is really about a personal journey rather than an organisational one alone,” she said.

It takes conversation, reflection, and dialogue for change to happen. Most of such issues happen due to lack of understanding of what the other feels. Looking at it with sensitivity rather than bias is the only way, Vani elaborated. In the following tête-à-tête, both Nivruti and Shiva shared some interesting insights.

The basic question: How do you define and prevent sexual harassment? Shiva said: “A lot of it passes as great camaraderie. When you are 50 people, you don’t need rules and policies, but things change as the company grows.” According to him, when investment and ambition are involved, one can turn against the other. “That’s why these frameworks exist. Informality without discipline leads to a causal atmosphere,” he added.

So where do you draw the line?

Shiva believes that interpersonal behaviour at workplaces is going to be one of the most defining topics of workplace in the coming decade. “We were a traditional, government-led economy until a couple of decades ago. There were little private giants. Choices were very little and company was the king. Employees at the time often faced emotional harassment. Now that sectors have opened up, there is such a free flow of talent that you are not slave to a company or a system.

On the other hand, society is getting freer but the workplace is getting more formal. It is a challenge for youngsters who are used to an environment where being physically casual and free is accepted. At the workplace, everything is suddenly under scrutiny – your language, jokes etc. You are in a bipolar system today,” he explained.

PepsiCo has at least 40 percent women in senior roles. This is significant because policies are not enough to prevent harassment. Building a culture to nurture and encourage women is more important. Shiva says that the tone from the top is very important to the rest of the management to say that this is the mandate for the company.

“People change, so you have to go back to the core of the company, and keep on reiterating. I have been a CEO for 14 years. There is no end to saying this is the culture we want. The top 10 percent of leadership is absolutely important – if they listen to the other point of view, they will get a different culture,” he said.

Nivruti believes that raising an issue is important, and to do so together even more crucial.

But is it better to change your organisation or wait for things to change if you don’t fit in? “Find one person who will support you. Shirley Anita Chisholm, the first black Senator woman in the US in the early 1970s said, – 'I am more often discriminated against as a woman, than as a woman of colour.' Four decades later, Indra Nooyi said – 'Women cannot have it all.' When we wait, another generation is passing by, dreaming that some change will happen someday. We have to make the change. We have to start now, and create an environment that lets us blossom,” Nivruti said.

She stressed on the significance of the power of networking. “Half the people live with that gender bias; the rest should get together for change. If I lose the right to be different, I lose the privilege to be free,” she said.

Vani put in her two cents: “If one person speaks up, others get the courage. Be that one person, and drive the environment of change.” Nivruti added that getting a mentor in this scenario would be hitting jackpot. “For mentorship, you need to look at someone with value, somebody who is willing and believes in your capabilities,” she said.

A leader should do what is right for the company first, team second and themselves third. When you give it any other way, according to Shiva, the culture is toxic. A question from the audience was about the feasibility of setting targets in terms of number of women employees. While hiring is important, Shiva warned that retention is more pertinent. “We don’t want to lose talented women. Just getting a pipeline of women is not enough. We have to make sure that they feel comfortable in the company. Leaders should be responsible for this,” he said.

Shiva believes that women are bright and emotionally stronger than men, and should be hired for those reasons too. “If you don’t have emotion, you don’t have any feelings for the business. For any point of view, a woman is willing to change whereas a man is not,” he said.

According to Shiva, seeing harassment as a gesture of ego and insecurity of the male, or a response to a feeling of strong discomfort around ambitious women goes back to classic stereotypes. “It is not about ego and ambition. The only danger is that when you wear your ambition on your sleeve, everybody will pull you down. The trick is to give people credit and getting credit too. It is not really male versus female. At a more fundamental level, it is senior versus junior. When the man is senior and woman is junior, these questions get mixed,” he says.

Nivruti agreed that there is a power equation in play here. “Between equals nobody will even try to be abusive, because they know they can’t get away with it – that’s how it is from kindergarten to corporate,” she says.

History has taught us that changes do not happen overnight. In issues like workplace harassment, generational changes have to speed up. With dialogue, a world of equality need not be a utopian idea if we come together for change.