With funding from Chinese investors, LoanMeet is trying to build a loan book of Rs 100cr 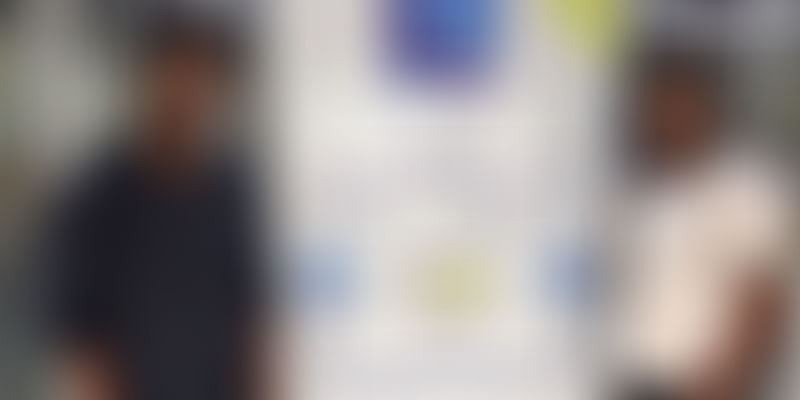 Big cities have many things going for them in terms of all kinds of services, while smaller cities have to make do without most of them. Sunil Kumar realised this while living in Baroda with his parents upon returning from the US in 2014. He noticed that banks did not give collateral-free loans in smaller cities like Baroda. This made him come up with the initial idea of starting a peer-to-peer (P2P) lending platform.

In 2015, he started LoanMeet in Bengaluru—a platform for retailers to get short-term loans for purchase of inventories. This was similar to platforms like Prosper in the US for which Sunil was an active lender. In 2016, the company pivoted into the retailer capital market.

“Once you take a deep dive, you get a better understanding of how the retailer thinks. There are definitely risks, but we think the retail market is big enough,” says Sunil.

At present, LoanMeet provides ultra-short-term loans of (15, 20, and 30 days) to retailers to buy inventory and repay them. But while being purely in inventory financing, there are two verticals for distribution.

The first entails giving the loan directly to the retailer who buys inventory and repays the loan after selling the goods. The second model revolves around tying up with distributors from whom retailers procure their goods. This helps bring in even more retailers as consumers of loans.

It is a relatively new player in the segment which has older and bigger players like Capital Float and Loan Frame.

Currently, the firm is running operations in Bengaluru with an initial investment of Rs 25 lakh raised from friends and family.

So, how does it work?

LoanMeet has a retailer (consumer) app which allows businesses to upload their Aadhaar number, business registration proof, PAN number as well as bank statement for the last three months.

Further, the app asks questions around a retailer’s monthly sales, previous loans history, collaterals as well as the year, the business started.

The loan application is reviewed and the loan is dispatched 48 hours after the inquiry. The average ticket size of loans is Rs 50,000 with an interest rate of almost 18 percent. Sunil adds,

“We have our own credit algorithms behind it, with close to five percent of the total cases needing manual intervention.”

However, the founders agree that most of their customers could be sub-prime borrowers who don’t get loans from online platforms or banks. This means that the platform sees a rejection rate of roughly 50 percent for loans, with close to 10 percent of the applicants having bad credit history.

There are also cases of retailers rejecting loans in certain cases, according to Sunil.

On the revenue front, the firm charges an average of 1.5 to two percent as commission on the loans disbursed. The startup sources capital from three non-banking financial companies (NBFCs).

LoanMeet also charges a one-time registration fee of Rs 1,000 from the loan applicants which goes directly to the firm.

Speaking on NPAs or bad loans, the founders claim that at present LoanMeet has zero percent NPA. However, the number can rise to two percent in the future. They add,

We see that there are payment delays, so we have put in a mechanism to inform retailers in advance about their oncoming payments. Usually retailers pay on time, because they want to avoid legal notices or having the recovery person come to their shops. It tarnishes their image in the market.

The making of the team

Kumar had his sights set on finance while he was studying engineering at IIT Bombay. After passing from there in 2001, he went on to work as a product manager in the US. He finally made the transition in 2011 when he enrolled for MBA at Cincinnati, Ohio, and chose finance for specialisation. In 2014, Sunil returned to India to start LoanMeet in 2015.

Within months of starting, Sunil met his Co-founder Ritesh Singh. Both happened to be working in the same working space TechHub, in suburban Bengaluru.

Ritesh was running his commute startup Migo, and enjoyed a good reputation as the co-founder of another fintech startup, NyuPay, a QR-based payment system company which was sold to ICICI Bank in 2013.

Migo was a startup trying to work around the concept of pooling cabs. But the idea went bust when both Ola and Uber entered the segment. Hence, Ritesh left the startup and joined Sunil in his venture.

Getting investors to invest

In May 2017, the firm raised an undisclosed sum from two Chinese investors. The founders claim that the funds were raised to grow their sales team and to provide first-loss default guarantee (FLDG) to the three NBFCs LoanMeet sources capital from.

In financial terms, an FLDG makes the guarantee provider liable to bear certain losses up to a specified limit on the portfolio.

In the coming fiscal, the firm plans to build a total loan book of Rs 100 crore, while diversifying their loan products to short-term financing of three to six months' duration.

The team is currently made up of six people, and the plan is to expand it to 10 people over the course of this fiscal.

Just last year, Indian startups in the lending segment attracted a massive $343 million in investments, almost three times the $124 million seen in 2015. This included a mixture of pure-play transaction platforms like Lendingkart as well as NBFCs like IFMR Capital.

Apart from LoanMeet, there are other players like Loan Frame and Capital Float which are aggressive in SME loan segment and have bigger loan books of Rs 1,000 crore and above.

According to a 2016 Credit Suisse report, the Indian consumer and SME loan market is expected to grow to $3,020 billion (from $600 billion) over the next decade.

Government initiatives like Jan Dhan Yojana, Aadhaar and the Unified Payments Interface (UPI) and rising mobile penetration would be the drivers of this growth.