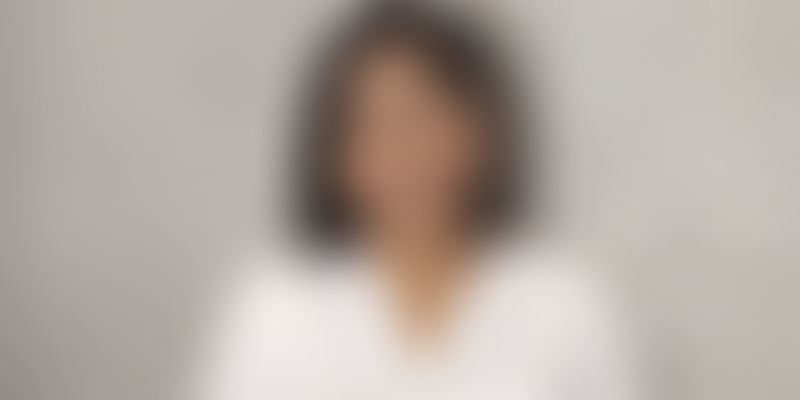 "The decision to have a baby is momentous. It is to decide forever to have your heart go walking around outside your body."

The experience of holding her newborn in her arms for the first time is a thrilling moment for all mothers. However, it goes without saying that pregnancy and childbirth push the envelope both physically and psychologically for the new mother. Very often, while the baby gets a lot of pampering and attention from its near and dear ones, the mother is suddenly relegated to the role of a caretaker, and enough attention is not given towards her recovery and well-being.

Thanks to the prevalence of Ayurveda for hundreds of years, new mothers in Kerala undergo a treatment called prasava raksha which loosely translates to delivery protection. Midwives, who are well-versed with traditional massage, are hired to massage the mother and baby for two months. The ritualistic bath for the new mother includes a soothing massage with warm, medicated oils and then a bath with water steeped in herbs and leaves. It is believed that this treatment, which continues to be religiously practiced, would help the woman recover from the stress of delivery and also help her cope with the fatigue that comes from caring for her baby.

Rekha Babu’s Soothika brand of oils are helping rebrand the traditional dhanwantharam kozhambu and murivenna and making them accessible across India. Rekha says,

According to Kerala’s Ayurvedic heritage, the 36 weeks of pregnancy and 42 days after delivery are very crucial. Soothika is taking this tradition out of Kerala to new mothers all over the country.

Established in 2012, Soothika became a private limited organisation in 2016. Though it was started as a pure online brand, in order to achieve scale, the Soothika team evolved to a B-B-I-C (Business-Business-Influencer-Customer) business model in November last year. Sourced from multiple traditional Ayurvedic suppliers, Soothika oils reach the final customer through pharmacies in several Indian cities thanks to endorsement by gynaecologists who are their influencers.

Gynaecologists are often wary of Ayurvedic and Homeopathic practitioners who prescribe oral medication. Since Soothika only offers topical oils, doctors have no qualms in recommending the brand to their patients. Rekha says,

In Mumbai alone, there are 80 gynaecologists who are actively recommending our products.

Kerala is not the focus market for the brand and they are making inroads into new geographies like Gujarat, Karnataka, and Punjab. Despite that, the number of online orders from within Kerala is quite high since the ease of e-commerce is new in this sector.

Currently Soothika sells around 6,500 units per month. From annual revenue of Rs 15 lakh in 2015-16 to Rs 35 lakh per month, Rekha claims the growth has been exponential thanks to the switch to the offline model. They are also a lean organisation since Rekha believes investing in a manufacturing plant or brick-and-mortar stores is a waste of valuable capital. Instead, she has made use of existing resources and focused on networks and partnerships. The team hopes to sell 10,000 units this year and reach the Rs 1.5 crore mark per month.

Rekha (44) is ably supported by a team of 14, most of whom work in Cochin. However, the sales heads who network with doctors and pharmacies are based in Mumbai, Bengaluru, and Chennai. The branding is spearheaded by Co-founder Hemant Prakash, Rekha’s former colleague, who hails from an advertising background.

Also read: At 81, Krishna Lal is doing things most of us can only dream of

These women undergo 30 days of basic training since this massage is not an intensive kind with emphasis on pressure points like other forms of deep tissue massage. Rekha says,

In fact, this is touch therapy and I would describe this form of massage anointing the new mother with ayurvedic oils.

Rekha has trained women all over Kerala through a partnership with the well-known women’s empowerment organisation Kudumbashree as well as training women in Bengaluru and Chennai through tie-ups with Portea and Sangopan.

After a stint with TATA Motors, Rekha had dabbled in real estate along with her sister. However, the impact of recession inspired her to turn towards a recession-proof sector like health care. Her own experience after the birth of her twin boys helped her recognise the significance of a new mother’s well-being.

Across the globe, women use various kinds of oils during and after pregnancy period which include sesame oil, coconut oil, and other essential oils. Rekha believes that if Ayurvedic oils are easily available in pharmacies, women everywhere would opt for the same.

Rekha plans to further the focus on healthcare service vertical by training a lot more women as Soothika therapists in association with National Skill Development Cooperation (NSDC). Rekha says, “My dream is to reach the home of every new mother through this empowered network. I also plan to increase customer lifetime value through the introduction of new line of regular bath oils that all women can use for skin care.”