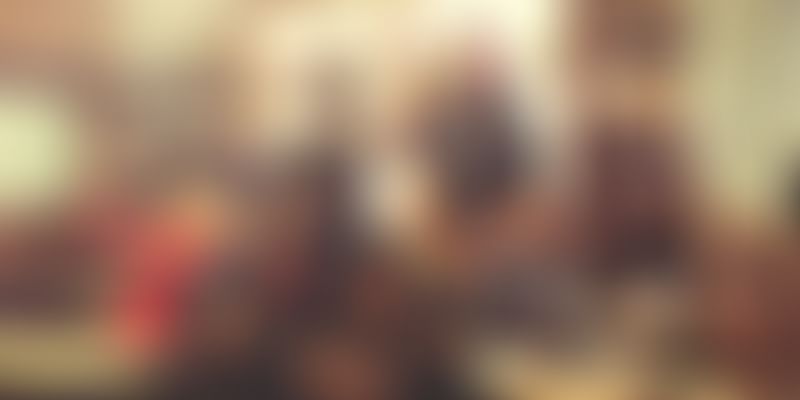 SHA was built to provide free education to underprivileged children. Apart from tuition, it also covers the cost of their books, clothing, and food. The school opened its doors in 2003 and remains the only private school in Sikkim’s Jorethang district.

It was in 2003 when MK Gurung and a few volunteers founded the Sikkim Himalayan Academy (SHA), located in the remote Bariakhop village of West Sikkim.

Most children studying in the school belong to homes facing a financial crisis. Currently, the school has 62 students, where 31 are hostellers and 31 are day scholars, most of whom live four to six km away from the school.

GS Gurung, the school principal, joined the academy as a teacher of maths and science in 2003. “Back then, I was looking for a position where I could help the kids by teaching for a while, but my attachment to them got the best of me and I never left,” says GS.

In its initial years, it wasn’t difficult for the academy to get children to enrol and the village panchayat took active part in this. The school has classes from kindergarten to Class V. Sponsors are found for most of the students after they complete Class V and they get to join good schools in and around Sikkim. Students who don’t get sponsorships join the government school situated close to SHA. The government school charges no fee, although students are expected to fund their books and uniform.

Since the time it started with a batch of 40 students, SHA has seen a steady enrolment with 60 to 80 students joining every year. Gurung speaks proudly of SHA alumni who are now studying in cities like Kolkata and Bengaluru. “Some students who did not want to study after Class XII are training to become primary school teachers while others are pursuing higher studies in Sikkim University,” he rejoices.

Puja Uchil, Managing Director of the school, says that the “kids are very curious, they have doubts, and they want to know things.” According to her the children stay motivated and there have been no cases where the child left school midway. “That happens only when we find a sponsor for a child and they get to study in a better school. We are happy to do that for them,” she says.

In the near future, the school strives to each out to more students, improve its facilities, and expand the size of the campus. SHA’s fundraiser proposal claims that according to their observational data, between the government school and SHA students, the latter fare better in reading and comprehension. SHA students, who end up joining the government senior secondary school, stand among the top rankers, thereby upholding the effectiveness of SHA’s teaching methods.

The flow of funds

Puja, who had volunteered with the school for two months in 2016 before she became the MD, had helped the school raise funds worth Rs 2 lakh. The school’s current fund-raising efforts are focussed towards finding long-term donors and tapping corporates who can take this up as a CSR activity. For this reason, they have started an online fund-raising campaign.

The school is equipped with a library, has four permanent teachers and two cooks, and from what Puja says, it appears that it never has a dearth of volunteers. The school even had a volunteer artist paint it for free.

The school spends a total of Rs 2 lakh each month on salaries, meals, and maintenance. It is built on a rented land, spread over an area of roughly 0.43 acre and the rent paid rounds off to around Rs 48,000 a year.

A day in the life of an SHA volunteer

Manish Vyas (25) volunteered with SHA in June 2017 and is working on their fund-raising campaign.

During his volunteering days, Manish used to wake up between 5-6 am every morning and brushing his teeth in the balcony he would spot a few kids cleaning up the school ground daily. While he would be struggling to get active in the morning, the kids would start their day with hard work. “Seeing this, I noticed their collaborative efforts,” he says.

The school follows strict discipline, which also shows in the way their meals are planned for a week’s time. “Everybody sits down for breakfast at 8:30 am, including the principal, the teachers, the volunteers, the kids, and the school’s four dogs,” Manish adds.

Breakfast is followed by a 15-20-minute-long assembly, after which lectures are held until 3 pm with a lunch break in between. While most day scholars go home after the last lecture, some decide to stay for the remedial classes.

Manish has previously fundraised with Teach for India for a children’s football tournament and maintains that he is excited about raising funds for SHA.

Once almost on the verge of shutdown, SHA now has a team dedicated to fund raising through which they hope to continue giving the children of Sikkim a better future.