This 15-year-old has removed 12,000kg of trash from Kashmir's Wular Lake 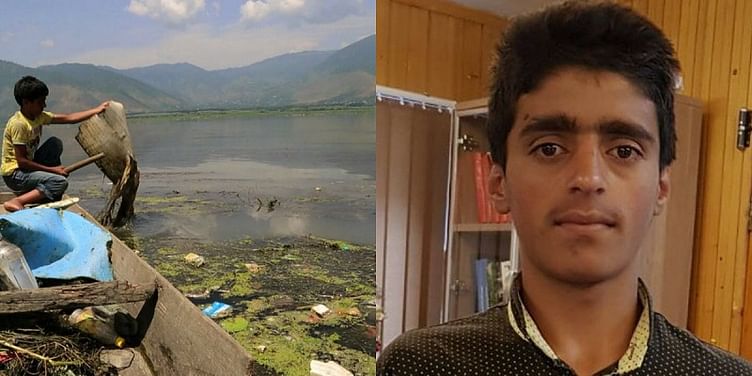 A 15-year-old rag picker, Bilal Ahmad Dar from Bandipora district of north Kashmir, has taken the onus of cleaning Wular Lake on himself. Over the years, the lake has become infamous for its toxic debris, littered with everything from plastic to animal carcases.

The young lad, who was appointed the brand ambassador of the Srinagar Municipal Corporation (SMC) on July 15, has reportedly cleared approximately 12,000 kg of trash from the lake. In a conversation with the Hindustan Times, Dr Shafqat Khan, SMC commissioner, said,

He will be our brand ambassador. He is an inspiration for everybody. He has been earning his livelihood by cleaning Wular Lake and removing garbage, used bottles, and shoes, among other things, for many years now.

Khan says that Bilal will be presented with a unique uniform and a transport vehicle. It is been over five years since he has been actively involved in collecting this garbage, which he sells for a meagre sum of Rs 150–200 per day. The responsibility of supporting the family—his mother and sister—lies on his shoulders.

I found plastic and polyethene going into the Wular lake from Srinagar, I took the initiative to collect the trash from the lake, I thought this will clean the lake and become a means of earning a livelihood for me, said Bilal in a video captured by Ultimate Horizons.

After the death of his father, who was also a ragpicker, Bilal took up the role of sole breadwinner of the family, says The Quint. Prior to cleaning the lake, he worked as a mechanic at a garage and as a helper at a local tea shop. He was also featured in a documentary, ‘Saving the Savior—Story of a Kid and Wular Lake', which was directed by Jalal-u-Din Baba, a Kashmir-based documentary maker.