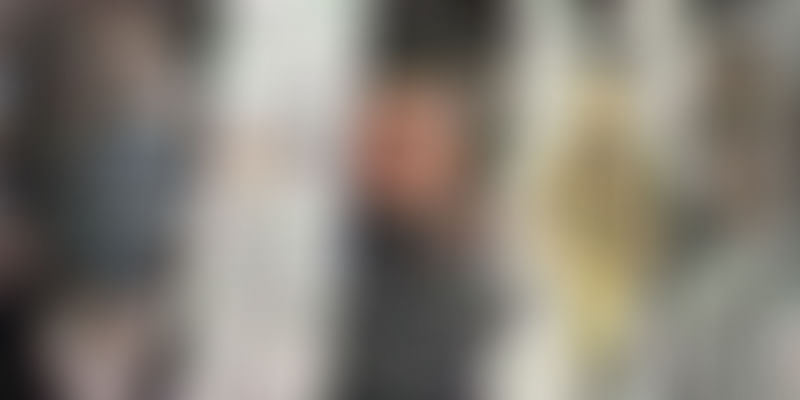 “By far, the greatest danger of Artificial Intelligence (AI) is that people conclude too early that they understand it.” - Eliezer Yudkowsky, AI reseacher

What most of us laypeople understand of AI is barely the top layer of a high-wielding intricacies, something that our race is yet to completely fathom. AI researchers across the board would go on to say that, it is criminal to limit AI’s potential to just automating processes and robots taking over our jobs and lives. In fact, as Yudkowsky placed it, it cannot be quantified under one cellular segment and ‘understood’ as a whole figment – by the ordinary man at the least.

However, through the years, there have been many attempts to present the concept of AI, its bristling potential and its undermining consequences through popular forums – especially through cinema and literature. Scores of movies and books, centred on the AI theme have become known classics and have helped people read or visualize the extensive prowess of the phenomena.

While movies like the Matrix series (1999-2003), the Terminator series (1984 onwards) and iRobot (2004) are associated to be advocates of on-screen AI depiction, there are several other masterpieces depicting variations of it, that all enthusiasts, especially those building startups based on artificial intelligence, should not miss.

The debate around ‘humanising’ a robot has been in the cards for a while now. Can a robot feel human emotions and react accordingly, if they are built a certain way? Or do they express emotions as they are taught to? Steven Spielberg’s 2001 blockbuster ‘A.I. Artificial Intelligence’, precisely examines that narrative.

Based on Brian Aldiss’ short story “Super-Toys Last All Summer Long”, the narrative runs around the character of David Osment, a child-like proto-type ‘Mecha’ – an advanced cybertronic humanoid that is taught how to project and be capable of love. David is adopted by a woman, whose own son is suffering from a seemingly incurable disease. While the latter undergoes treatment, David forms a strong bond with his “human mother”, and in a sense, becomes indistinguishable for the woman.

However, things fall apart the moment the actual son recovers and returns home. This sets David on a journey, where he discovers fellow humanoids, who have been disposed by society.

For those who have watched the nail-biting series, centred around a Utopian world inhabited by android ‘hosts’ – who are to act and react as per their (human) guests, it would come off as a surprise that the series is based on the 1973 film of the same name. Westworld, the movie, was written and directed by American novelist Michael Crichton. Without mentioning spoilers, let’s just say that the android hosts do not remain passive and controlled for long.

In a sense, we are all in a relationship with our phone. It’s our first hello and last goodnight. Spike Jonze’s ‘Her’ takes this concept to another dimension altogether. Through a dramatic and bizarre eye-opening narrative, ‘Her’ depicts the relationship that Theodore Twombly (excellently played by Joaquin Phoenix), develops with Samantha (voiced by Scarlett Johansson), an intelligent computer operating system and how it costs him his reality. This romantic drama is sure to unsettle and shake you out of your screen-spawned daze, and make you to question the allegiance that you have formed with the device.

This may have been the directorial debut of Alex Garland, but it managed to bag a ton of nominations at the 2016 Oscars. A young coder is given the luxurious opportunity to spend a week at his boss’ mountain retreat, only to find that he is tasked with evaluating the human qualities of a spectacular new breed of AI, housed in the body of the beautiful robot girl Ava. If you’re a sci-fi thriller enthusiast, this movie, with its cleverly crafted plot, will take you for a ride.

This 1968 Stanley Kubrick masterpiece tells the story of how human evolution, from being cavemen to star children, has been aided by a strange alien force. A sentient computer of a rocket ship, ‘Hal’, deigns out of control and decides to double-cross the humans on board. The story reflects the mentioned idea of ‘humanisation’ of robots, which in several cases, may just have the opposite effect from what its creators had hoped for. This much-touted classic is a representation of human survival instincts which could be imbibed by AI.

Modelled around the lives of Silicon Valley techies, ‘The Circle’ is based on company cultures echoed by the three big tech players – Google, Twitter and Facebook. Starring Emma Watson and Tom Hanks, the movie is an unmasking of the many dangerous consequences that take place when you ‘share’ too much information on real-time, the concept of becoming ‘transparent’ that is so highly encouraged by the companies mentioned above. It is a reflection on how this leads to a complete loss of privacy, the basic right to any human entity. The movie lays the imagery of tangible future, where the practice of chronicling our lives by using AI will prove fatal, unless we stop now.

This is a story of an experiment gone wrong, when two gifted AI scientists have their research hijacked by the powerful Ministry of Defence (MoD), who use it to train their first ever self-aware AI machine to kill and capture people and carry out other illegal activities as per their orders- even helping wage war against China.