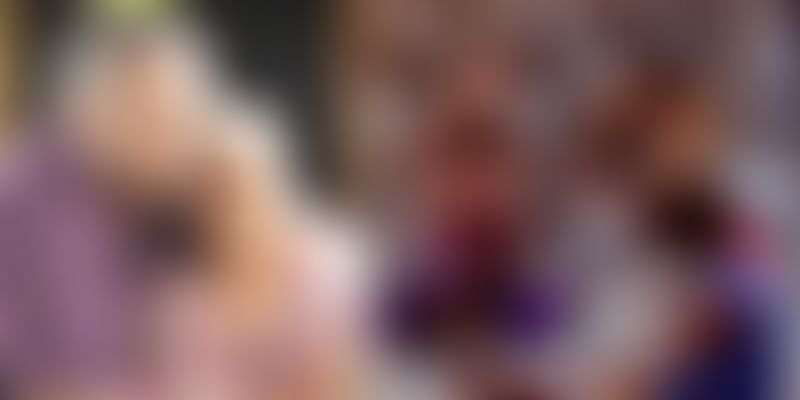 From a petty thief to a good Samaritan – T. Raja’s life underwent a transformation when he realised that true happiness comes from helping others. He started the Home of Hope 20 years ago to rescue, shelter and feed the destitute.

Every time we step out of our comfortable homes, we see children and adults begging to make ends meet. Many turn their heads away, some spare a little change but only a few actually try to spend some time to listen to them and lend a hand. One of them is T. Raja, 49, who strongly believes, “We should not wait for another Mother Teresa to come from a foreign country; we should help each other in times of need.”

From rogue to saviour

Raja began stealing, drinking and gambling from an early age. When he stole from his family, they disowned him and kicked him out. He lived on the streets for two years like a beggar, sleeping on the pavement, among garbage bins and rabid dogs that constantly whined around him. He moved from Bengaluru to Chennai and continued his old ways. He got caught for his crimes, and was sent to jail. It was during this time that he began seeking the purpose of his life.

After leaving prison, Raja came back to Bengaluru and asked his family to help him build a new life. He began driving autorickshaws and taxis to support himself. He even worked as a bodyguard to the autorickshaw union leader.

He had found his purpose and this realisation led to the formation of the New Ark Mission of India (NAMI) with the aim of helping the dying and destitute.

Raja started NAMI in 1997. His first rescue was a lady from SP road, half naked, covered in fleas with maggots chewing on two of her toes. He got her home in his auto and from there began his journey. He would pick up the destitute from the streets and bring them home in his auto. He would then shave, bathe and clean their wounds, provide them with new clothes and a filling meal. Thus, NAMI began functioning in a 5’ x 6ft passageway outside Raja’s single room house.

“It’s not easy approaching the destitute. Passers-by suspect me of luring these people into hospitals and stealing their organs. The destitute are taken aback because they have never been approached by anyone before. In fact, they are only used to people throwing stones at them, and abusing them,” says Raja.

“Some are so weak that they can barely move. Those who manage to, have to compete with street dogs over leftovers in the trash. Most of them, rejected by their families, are living the most inhumane lives. When I come across such people, I bring them to the Home of Hope, a hospice under NAMI.”

Born out of compassion and empathy, this home now feeds 700 people, three meals a day. It provides medical care, shelter and education to homeless and destitute children. It survives on donations from the public and gets no support from the government.

The biggest problem faced by Raja right now is the unavailability of water at the Home of Hope. He spends approximately Rs. 40,000 to Rs. 50,000 a month to buy water.

“While reading a newspaper article a few weeks ago, I learnt about the water woes faced by the Home of Hope; and the exorbitant amounts spent on procuring water. I wanted to try and help, and met Raja to discuss this issue. At the meeting, he told me that the borewell at the home was drying up and he had been buying water from tankers by paying a huge sum every month. I realised that the need of the hour was to resolve the water issue”, says Reji Koshy, 45, Consultant for Real Estate and Photography.

Reji started a donation drive called ‘The Water Project’ hoping to raise money through crowdfunding to help solve the water problem by helping HOH dig a new borewell in a property near a lake.

Once the water problem gets resolved, NAMI plans on expanding its reach to ensure that there are no more destitute on the streets of India. “It gives me immense purpose and joy to help the needy and see them happy. Their happiness gives me the strength to face the obstacles in the journey ahead”, says Raja.