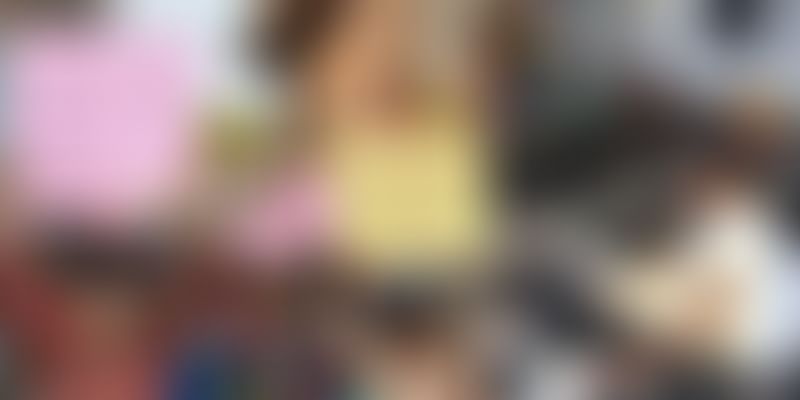 “ChildFund strives to ensure that deprived, excluded, and vulnerable children have the capacity to improve their lives and become young adults, parents, and leaders who inspire lasting and positive change in their communities,” says Rashmi Kulkarni, a communications officer with ChildFund.

ChildFund as the leader

ChildFund International is one of the world’s leading child development organisations, operating in 25 countries reaching over 17 million children and their families. It is a member of ChildFund Alliance, a global network of 11 child-centred development organisations working in 63 countries to implement long-lasting and meaningful changes for millions of children and families living in poverty.

Rashmi further shares, “ChildFund, formerly known as Christian Children’s Fund (CCF), which began its journey named as China's Children Fund in the 1930s, started its work in India in 1951 by supporting an orphanage located in Alwaye Settlement School in Kerala and in subsequent years, the support extended to many more schools and orphanages.”

In 1989, ChildFund changed its name from Christian Children's Fund to ChildFund International to position itself as a non-profit, non-sectarian, non-religious, and equal-opportunity organisation.

Since 2006, ChildFund has introduced the theory of change, wherein programme interventions are integrated in a way so as to work with children at each stage of their lives for their critical development.

ChildFund’s extensive national geographic coverage allows it to reach the most remote populations. It works in the rural belts of the country, now slowly expanding its focus to urban poverty where child-protection issues and violence against children are prevalent.

ChildFund’s programmes are aligned with age-specific and contextual needs, utilising a unique life-stage approach based on children’s experiences of deprivation, exclusion, and vulnerability:

ChildFund’s holistic interventions foster an enabling environment where children can grow to their fullest potential. It works in tandem with communities, relevant district, state, and national government bodies, academic institutions, media, funding agencies, and corporates to strengthen child protection systems in order to prevent violence against children and protect them from abuse, neglect, and harm.

The organisation also works with women’s groups by helping them develop into SHGs and federations. Women are educated in the skills of decision making, advocating, and participating in the various forums at the village level. Many women in ChildFund’s project areas have become vocal leaders in their communities. At present, the organisation has trained approximately 50,000 women for active participation in community processes, especially those related to education.

Taking this experience forward, ChildFund is implementing another poultry-rearing project in MP in association with Citi Foundation. The goal of the project is to have “One thousand women demonstrating entrepreneurship and leadership skills and becoming contributing members of the family. Women participants who do not have bank accounts open one and at least 800 women change and maintain changes to their financial behaviour, build or preserve financial assets, and create 800 new jobs.”

Till date, ChildFund India has been able to assist 500 tribal women from low-income communities in the target areas with training on poultry management, market assessment outline and scope of poultry markets, backward and forward linkages, about chickens’ production, sales and marketing of chicken products, as well as chicken and poultry feed to initiate poultry farming. Eight training centres have been established in eight strategic locations. Forty poultry farming groups have been formed in 33 targeted villages, and on completion of the training of the first two batches, the beneficiaries are being provided with support to construct poultry sheds and chickens to start their enterprises.

One success story is Narmada’s. An 18-year-old living in a village of Jhabua district, she is the second oldest of 10 siblings. Rashmi shares, “Narmada belongs to Bhil tribe and as per their culture, the girls are married off quite early. Narmada had to face the same pressure and fight with her family and community. She informed her parents about the consequences of early marriage, which she had learnt through ChildFund India’s village-level interventions.” The ChildFund team supported her while she firmly stood against this evil practice and since she was made to drop out of school as soon as she completed eighth grade, she requested her parents, both labourers, to allow her to study further. But due to poverty, she couldn’t resume her education.

Through ChildFund India’s systematic sensitisation programme in the Jhabua area, she learnt about the poultry entrepreneurship programme. She immediately enrolled herself and started attending the training sessions.

She desires to set up a poultry shed in her backyard and earn good profit from the poultry business. She wants to become a successful entrepreneur not only to support her family but also to change her community’s perception that women are lesser than men. She wants to educate all of her sisters and even resume her education.

Today, her parents are proud of their daughter and are very supportive of her dream. About early marriage, they said, “We are glad that Narmada stood up against becoming the victim of this age-old evil tradition and now we do realise that a girl must be married at an appropriate age; hence, we will not make any of our daughters get married before they want to.”

In most parts of India, children from BPL families are engaged in child labour, for financial reasons as well as due to illiteracy. The children get involved in labour from a very young age, which can be as early as seven years, a tender age when they should be studying, playing, and enjoying their childhood.

There are over 4.35 million child labourers aged between five and 14 years in India (Census 2011).

Children between 14 and 17 years engaged in hazardous work account for 62.8 percent of the child labour workforce, 10 percent of whom are hired in family enterprises. Over half of working adolescents do not study (according to ILO World Report on Child Labour 2015).

Shakuntala is an eighth-grade student who lives in Firozabad, UP, popularly known as the city of bangles for the glass bangle industry it houses. She was just seven years old when she had to join her parents in bangle- making work to help them earn additional income for the family.

But things started to change when she was enrolled in ChildFund India’s remedial classes, where she was encouraged to study and introduced to various child-protection issues. She started attending training sessions and workshops conducted by ChildFund.

She joined the children’s club and rose to become its president. She stopped working as a labourer and took it upon herself to encourage other children to do the same. Shakuntala formed a group that pays daily visits at least 10 households in the area to sensitise them on issues of child protection, immunisation, and hygiene. Last year, the group was able to help 12 children enrol in school. This year, it has a list of another 14 children.

She led a rally on the prohibition of child labour, organised in the eight Firozabad slums where ChildFund works. All children’s club members from the areas participated in the rally.

Today Shakuntala has emerged as an inspiration for other children in her community. Under her leadership, the children’s club has helped the municipality of Firozabad resolve several community development issues. Because of their efforts, theirs is one of the cleanest slums in Firozabad.

“I want our club to work harder and make child labour history while addressing other community-based issues too,” Shakuntala says. “We will keep organising rallies to spread the message and ensure that children do not get trapped in labour but are free to focus on their studies.”

ChildFund India’s vision is to work for an India where children lead dignified lives and achieve their full potential. Throughout these six decades, it has made a difference in millions of lives even though a large portion of its target population resides in far-off locations. Having a remarkable track record and understanding that development takes time, its programme models have been designed till 2030.

With this ambition, ChildFund in India has recently developed its country strategy 2020, with the focus of its interventions in line with the Sustainable Development Goals to be achieved by 2030.