Behind the scenes at FreshMenu – how the Indian foodtech startup serves up 12,000 orders a day 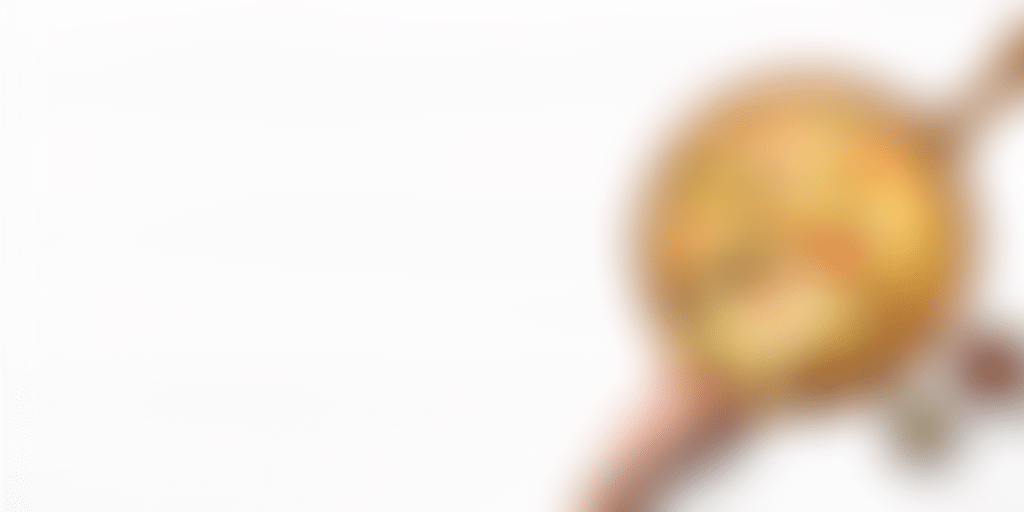 YourStory takes you behind the scenes at FreshMenu to give you a glimpse of what it takes to keep a foodtech company running in a market like India.

On a Monday morning, five chefs kick off their work week by abandoning their kitchens. They gather around a table at FreshMenu’s Innovation Kitchen and for the next few hours talk food. They dive into their memories, debate global food trends and discuss new dishes.

The Innovation Kitchen is where every fresh menu is actually born. Once tested and tasted, the best recipes are served to hungry customers across Mumbai, Delhi and Bengaluru.

Chef Tilak Vel, director of the team of chefs who form the New Product Development team at FreshMenu, says his team is “working at the pace of (creating) 60 new main course dishes every month”.

That’s a lot of freshness on the menu. But it’s these daily fresh menus that have helped food-tech startup FreshMenu get ahead in the online food-ordering companies’ race.

I meet Chef Purushotham Vadamalai on a cool Tuesday afternoon at the startup’s Domlur kitchen, one of its 18 kitchens across Bengaluru. Across the large space, staff is hot-footing around as lunch orders pile up.

“The goal is to prepare each dish in seven minutes,” Vadamalai says. He received the menu for that day a week ago, and ordered his meat and vegetables two days ago. Late on Monday, he prepared marinades, tried out recipes and ran his team of 23 through the next day’s menu.

FreshMenu keeps a low inventory. Staples such as rice and noodles are delivered twice a week, while fresh produce, vegetables and meat arrive once in two days. Special ingredients like lobsters and salmon are ordered in limited quantities, depending on upcoming menus.

For Vadamalai, who has worked in five-star hotels such as Le Meridien and Taj Vivanta, the pace of the FreshMenu kitchen is an incomparable experience.

“This online business is unlike anything else. I cook 24 new dishes daily,” he says. He compares it to the standard a la carte menus at restaurants: “I would probably have to pick up and perfect four new dishes in a year in a big hotel!”

The kitchen space he works in is used by three departments who work cheek by jowl. The kitchen staff works along the length of the studio, preparing orders; the dispatch team tucks them into boxes on the dispatch table. Across the room is a waiting area for delivery personnel. Connecting the kitchen and delivery personnel are three Order Managers. This go-between staff prints out kitchen order tickets (KOTs) or bills at lightning speed, and sends them to the chef. Once the order is ready, they call out names of delivery staff to pick up orders. The delivery personnel swiftly double-check orders and disappear on their bikes to deliver meals.

A different restaurant each day

FreshMenu founder Rashmi Daga, says the food service industry is “a $50-billion market”. The vastness of the segment enticed Rashmi, a vegetarian, who saw it as a safe ground to start a business. “It was foremost a business decision,” she confesses.

She knew the food space would never run out of demand; she just needed to figure out how to get customers to order often instead of once in a while. She zeroed in on the idea of a new menu daily to keep customers coming back.

“It’s like visiting different restaurants each day,” she reasoned.

Rashmi was on point. The compact ever-changing menu had people hooked. In a span of three years, the company has grown to 27 kitchens: 18 in Bengaluru, 5 in Mumbai and 4 in Delhi/NCR. Its staff of 550 members and 700 delivery personnel (hired through an agency) together fulfil about 12,000 orders every day.

“Demand is growing at 10-15 percent month on month,” she says. Rashmi declined to share revenue details.

Innovating with the menu

The demand for creating new dishes all the time keeps the team on its toes. The chefs need to work out intriguing combinations and master new tricks, like cooking a new sauce, at short notice. Procuring new ingredients at good quantities and prices is another challenge.

To keep the menu interesting, the chefs have added exotic vegetables such as kale and imported ancient grains such as quinoa along with new pastas such as orzo and bucatini. Their meat cart puts expensive baby lobsters, Norwegian salmon and New Zealand lamb on the menu at least once a month at a higher price tag (Rs 750-900 a dish).

Our customers are the kind who want to try new things. We give them fine-dining standards at a fast-food pace,” Vel explains.

New flavours and herbs inspired by world cuisine constantly make their way to the menu. The list of chilli peppers will give you an idea: harissa, bhut julukia or ghost chilli, bird’s-eye, Carolina reaper, habanero, guajillo and chipotle among others.

As FreshMenu grows, a major challenge is to standardise quality and taste across kitchens. Unlike quick service restaurants (QSRs), food isn’t just “assembled” in different kitchens; it is cooked by chefs and there can be a degree of variation in the outcome without proper training.

One of the ways FreshMenu is trying to achieve consistency is with special spice mixes sent to all kitchens. In the last year alone, the product development team has created 60 new base spice mixes such as woodfire smoke, hickory BBQ, gochujang, sriracha, apple wood smoke, blackened Cajun and ras-el-hanout.

“These spices can change the game. They can, for example, turn a basic tomato puree to a wood-smoked tomato puree,” Vel says.

We travel once in 45 days to kitchens in other cities. Senior chefs in other cities oversee how our recipes are implemented. Apart from this, we do regular training calls,” Vel says.

The chefs smuggle new flavours into familiar, comforting forms. Rice bowls with curries, wraps and rolls, sandwiches, burgers, pastas and pizzas with unusual mash-ups of flavours are on the menu.

But despite innovating, the company plays it safe when it comes to staples.

“We do a lot of rice bowls because we know rice is a staple here (in South India),” Rashmi says.

In Delhi, lamb dishes feature on the menu throughout the week because lamb is popular in North India. In Bengaluru, lamb dishes are available only thrice a week; the rest of days, it’s chicken and vegetables. In Mumbai, the company has a replacement dish for the Bombay sandwich, simply because it’s available in restaurants and food stalls in the city.

FreshMenu is learning what works for it along the way. A dynamic menu means there’s always room to change what doesn’t work.

“I wanted to try something other than the same old white or red pasta,” he says.

“I thought the healthy asparagus would be well accepted while creamy spaghetti is known territory, but it didn’t do well,” he admits.

When it comes to the pricing, the company has hit a sweet spot with rates hovering around a modest Rs 200. Adventurous gourmands won’t think twice before trying something new at this price.

FreshMenu operates on a Cloud Kitchen Concept where food is cooked and home delivered. It saves on rentals and other high operating costs that restaurants endure and is able to pass on the benefits to clients.

The company manages 99 percent of its own delivery, staying away from third-party logistics. Operating out of hyperlocal kitchens means its food and customers are always in a 4-km radius. The current delivery time averages between 30 and 45 minutes.

The fleet of delivery personnel is 700-member strong and works three shifts – 7am to 10am, 10am to 3pm and 6pm to 9pm. This internal delivery team helps the company optimise deliveries, reducing per delivery cost and time. It also allows better control over processes such as coordinating with the kitchen, clubbing orders for efficiency, tracking orders and solving delivery related queries.

FreshMenu began its journey as an app-based food-tech company in 2014 in Sarjapur, an area well connected to Bengaluru’s IT clusters. The positive response led the startup to open a second kitchen in Indiranagar in early 2015. This was a rite of passage as even in Indiranagar, Bengaluru’s gastronomical centre swarming with pubs and restaurants, the startup fared well.

“In Indiranagar we rocked it from day one,” says Rashmi, which gave FreshMenu the confidence it needed to grow.

There have been more than 150 food-tech startups in India in the last three years, including well-known names such as Zomato, Swiggy and Foodpanda. However, a large number have bitten the dust, including Dazo, Spoonjoy, Ola café, ITiffin, EazyMeals, Zeppery, BiteClub and Zupermeal.

According to a report, the foodtech space saw just $80 million investment in 2016 as opposed to $500 million in 2015. But despite the steep slump, the industry grew by 150 percent with 30 million sales.

Being a company with its own kitchens has helped FreshMenu stand apart in a crowd of restaurant aggregators and third-party deliverers.

The company got its investment early on in its journey. “Money was not a limiting factor,” Rashmi says.

In 2015, it raised $5 million from Lightspeed Venture Partners. In 2016, it raised $17 million in Series B funding led by Zodius Technology Fund.

For Rashmi, the main challenge, like any new startup, is to hire and retain the right kind of talent.

The company is working hard on streamlining processes, particularly planning menus ahead of time.

Sridhar E, who manages 22 delivery personnel in FreshMenu’s Domlur office, loves the buzz of his work. But he says trainings, hyperlocal competitions and timely payments are important to keep teams perked up.

Despite the trials and struggles, FreshMenu seems to be doing well in a startup space littered by corpses.

Before Rashmi began, she bounced her idea off at least 10 experienced chefs. Rashmi says:

No one changes their menu every day, they all said. But I started anyway. Day one was a risk; day two was a lesser risk. The thing with a fresh menu is that you get new chances every day."