Go Mechanic aims to be the best of both worlds; reliable and cost-effective 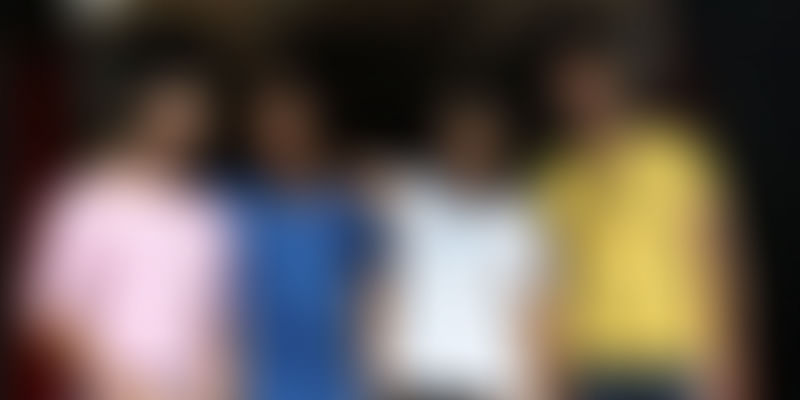 Any car owner would be familiar with that long list of service bills one receives at the end of a repair job. The lack of transparency and quality in the services of local mechanics leaves us with no choice other than going to expensive authorised service centres.

This lack of choice led two IIM-A graduates, Amit Bhasin and Kushal Karwa, to start Go Mechanic in April 2016. It is an online platform that allows people to avail hassle-free, fast, affordable and quality services with transparency as the key factor. Their aim is to be a cost-effective and reliable solution in auto repairs and services.

“It is an alternative option where people end up paying 35-40 percent less than the authorised service stations,” says Amit.

Amit had worked for Hay Group and OYO Rooms and Kushal had worked for Monitor Deloitte and Arthur D. Little, as consultants. Professionally and as car users, they saw a huge opportunity in the automotive service space. However, in the course of their findings, they realised that over 55 percent of the cars weren’t serviced at authorised service centres, due to their exorbitant rates.

Amit says, “I used to own a Chevrolet Aveo U-VA and figured that there was no easy availability of spares and services for my Chevy. I would end up splurging Rs 12,000-15,000 and not be sure of the changes made.”

When they started out, the biggest dilemma was whether to target business-to-consumer (B2C) or business-to-business (B2B) market.

Amit says, “We somewhere knew that we could capitalise on customers as we were offering them the best of service at a low cost. The price was 40 percent lower than that at the authorised service centres.”

However, they took a different route and went for the B2B model as it assured them of continuous leads. In April 2017, they expanded to B2C. At present, 70 percent of their business is from B2B clientele. They claim to have UrbanClap, Droom, Uber, and Revv as their clients.

Go Mehanic has partnered with multi-brand workshops that service, repair and clean cars. The team ensures that the workshops are standardised and provide genuine spare parts, which are directly procured from the Original Equipment Suppliers (OES).

Once the car reaches the service centre, the workshop starts filling the inventory requirements on need basis, and the details are directed to the on-ground customer representative. Post approval from the representative, the job starts. Each stage of the job can be tracked on a real-time basis.

All the billing, procedures, and service detailing can be tracked on the platform. One can access the vehicle service history and other details on the customer dashboard. For this, Go Mechanic has two applications: the customer representative app and the garage app.

Go Mechanic owns almost 70 percent of the business at the workshops. It has a twofold revenue model: one is through sales of spare parts to the workshops and the other is lead generation to them. They bulk procure and sell spare parts to workshops for a transfer price. A pre-agreed markup price for spare parts and labour charges across 100 models of cars at the partnered workshops gives them their bigger chunk of revenues.

Go Mechanic has raised Rs 2 crore in a seed round from an angel investor called Dhianu Das and from Orios Venture Partners. It has started reaching a Gross Merchandise Volume (GMV) of more than Rs 1 crore every month. Its team has 24 people working in Delhi-NCR.

“Unlike other platforms, we do not work on a lead generation model. We own the complete experience right from procurement of spare parts to quality control at the partner service centres,” says Amit.

He adds that they have partnered with over 20 workshops in Delhi-NCR and have a workshop within every five kilometres in Delhi. The partnered workshops are small players with bare minimum infrastructure and low overheads which further brings down the cost for the customers.

Amit tells that one of his biggest learnings at OYO was understanding the importance of having 10 loyal customers instead of 100 fickle ones. He thus decided to first partner with 20 workshops and get most of their business. At present, Go Mechanic services around 3,000 cars every month.

Other players in the market

As revealed by SIAM, the Indian automobile industry has witnessed the sale of passenger vehicles increase by 9.23 percent in April-March 2017 when compared with the sale of vehicles in the same months of 2016. According to CII-ACMA, the automotive after-sales servicing business in India was pegged at nearly $2 billion (excluding spare parts) in 2015; hence, Go Mechanic has a clear edge with its unique offerings.

Go Mechanic is one of several players in a segment that includes GoBumpr, MotorExpert, My Pitstop, MeriCAR, Cartisan, Carz. MeriCAR.com has had two rounds of investments from My First Cheque and Rajan Anandan (personal investment). Cartisan has raised funds from YouWeCan ventures, Global Founders Capital, TaxiForSure’s Aprameya R, and others.

SparesHub raised an undisclosed pre-Series A investment from Hyderabad Angels and Singapore-based M&S Partners. ZONNETT also raised Rs 2.5 crore as funds and has plans to raise $10 million in Series A funding.

Delhi in their belly

In 2015-16, the number of new vehicles registered in Delhi shot up to 8.77 lakh, from 5.34 lakh in 2014-15, according to the Delhi Statistical Hand Book 2016. Go Mechanic plans to stick to its home ground, Delhi, for the next six months and then venture into other cities. Referring to this, Amit says,

“Essentially, if one has succeeded in Delhi’s market, there is no stopping. In the auto parlance, we call it the beacon market because the entire country follows it. It will be easy to replicate it in the other cities.” The city of Nizams, Hyderabad, is next on their minds.