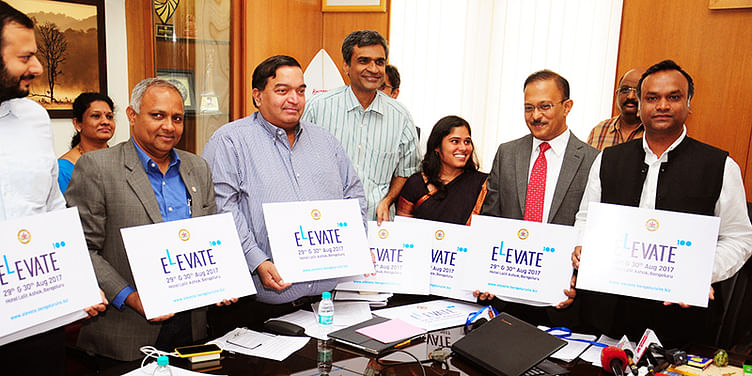 History was scripted in the startup world today as for the first time Rs 35 crore funds were made available to 100 plus startup winners at Elevate 100, a Karnataka government initiative to handhold and fast-track entrepreneurship.

Declaring the winners after a marathon two month effort where startups in diverse sectors across Karnataka made pitches to the jury, Karnataka IT and BT Minister Priyank Kharge said this was the first time anywhere in the world that so much money was being granted at one go to companies with great ideas.

Out of 1,700 applications that were received, after a gruelling three rounds, the jury consisting of industry experts selected 112 companies of the 300 that made it to the final round. But all of them are winners as we received applications from every nook and corner of the state. We received great ideas and they need to only sharpen their ideas and pitches.

Of course, not all selected companies would get the same amount. While some would be eligible for grants up to Rs 50 lakh under the idea2poc scheme, others would be able to tap into the Rs 400 crore funds available with the department under various schemes.

"There are biotech and meditech companies that have already spent some considerable time on their ideas. Such startups would get funds from designated Kitven funds where they have to part with equity and be eligible for higher amounts," Priyank clarified.

Priyank listed 27 startups in ESDM and IOT, 26 in IT and ITeS, 19 in meditech, 11 in biotech, three companies in agritech, six dealing with cleantech, and four in AVCG fields.

Among the winners were 19 startups run by women entrepreneurs and nine rural startups.

The government also inked agreements with nine companies to help these startups. Among those are Google and Amazon which came forward to give cloud credits for these selected companies, with PWC for mentoring and consulting, with Yes Bank and Kotak Mahindra Bank for banking and filing their tax credits, with Indian Law Practice for legal help and with Digital Ocean and Zoho.

Describing this selection as a very tiring but fruitful journey, Priyank said the exposure will help the government and industry to come together and lead to startups getting a better deal from the ecosystem.

The Elevate 100 winners are: