Move aside Uber and Ola, Vihik aims to transform the cab aggregator business 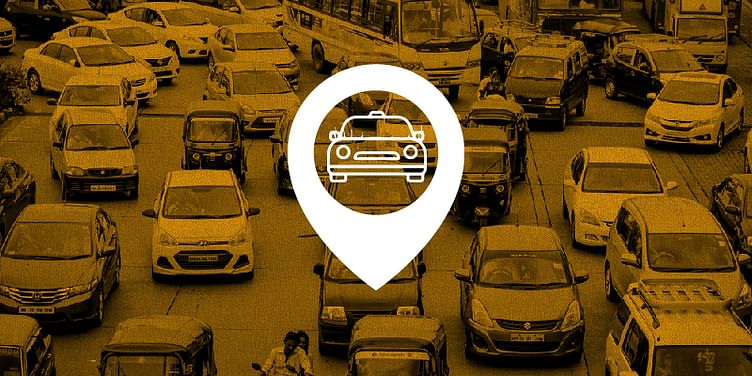 Hyderabad based cab-aggregator startup Vihik Cabs connects drivers and customers to let them negotiate prices in real time. The startup claims to have 1,000 drivers and plans to enter the auto segment in the next three months.

Ola and Uber are an essential part of life for most commuters, especially in metros. The convenience of calling for a cab simply can’t be beaten. But over the past year, cab aggregators have been going down a rocky road. Driver incentives have dropped and prices for consumers have risen to reach healthy unit economics, a shift validated by a RedSeer consulting report.

Precisely the reason that a husband and wife duo, Chaitanya Duddu and Sameera Duddu, started Vihik Cabs in T-Hub Hyderabad in June 2016.

The app, which works like a cab aggregator, is designed to allow customers to contact numerous drivers and also enables drivers to negotiate prices with customers in real time for local and outstation journeys.

“We aimed at making the commute more pocket-friendly, comfortable and safe. We also wanted to safeguard the interest of drivers by maximising their profit. It’s a win-win deal for both the parties. Opening up a bi-directional communication channel between customers and cab drivers to negotiate the price was our Eureka moment,” Chaitanya says.

Since both Chaitanya and Sameera are techies, with over 12 years of experience working with IT giants, airlines and railway companies in the US and UK, they were sure they could build a product like this.

Also read: How much hustle is too much, and other lessons from the Travis Kalanick saga

On-boarding the drivers and building the app

Vihik Cabs initially faced challenges in acquiring drivers. But a comprehensive video tutorial came in handy to achieve this purpose. The team claims to have over 7,500 customers and over 1,000 drivers, with as many as 200 drivers in Hyderabad. The team hopes to connect with over 10,000 customers by the end of this year.

“We participated in startup2day exhibition in August 2016 to get customer feedback and received an overwhelming response from people who wanted to switch from Uber and Ola as they were tired of surge pricing,” Chaitanya says.

They roped in a friend to help them design the UX wireframes, which were ready by September last year. The couple also roped in an android specialist, Chayan Chowdary, and a backend developer, Shital, by November. The Vihik Cabs team now comprises seven people and their app became functional in February 2017. The company is bootstrapped and the couple claims to have invested close to Rs 10 lakh.

The startup works like any other cab aggregator model. The customer can book a cab by entering pickup and drop locations, select a vehicle based on the price and driver rating, click on book, check total fare and submit the booking.

Riders can contact cab drivers directly, set a price and bid a trip in the app and ask the cab driver to accept that negotiated price. The booking request is sent to all drivers in 5km radius with the same price. Once a driver accepts the trip, the customer is sent a confirmation. Payments can be made in cash or through Paytm.

The customer can choose to book via chat intelligent Vihikchatbot on Facebook to make cab bidding faster and easier. Customer will be asked questions by the chatbot in 1-2 steps, after which trip requests are sent to drivers for acceptance.

“We take 20 percent commission out of each trip from drivers and settle the amount the day after the trip,” Chaitanya says.

Cab aggregators and the market

It has taken over four years for Ola and Uber to break into the market and transform consumer behaviour. But since the beginning of this year, with the drop in driver incentives, several players are looking to break into space. A cab driver who would once earn close to Rs 1,00,000 a month no longer earns that much.

Karnataka has started HDK cabs, the Modi government intends to start its own cab service and there are other players like Utoo that use a Meru-like model.

There are rumours that Reliance may enter the space, but despite that, the cab aggregator market is tough and requires players to bleed a lot of capital. Ola, valued at $4.2 billion, is already allegedly looking to raise additional capital from Tencent, and Uber, valued at $68 billion, has consolidated its presence in China and Russia and is focused strongly on India.

Although both Ola and Uber have leasing facilities and offer insurance to help their driver entrepreneurs, what attracts drivers to Vihik is the low commission rate.

Also read: Is India going to be the battleground for global cab aggregators?

But is it sustainable? Building and maintaining a cab aggregator app is not child’s play.

Ola and Uber might have cut drivers’ incentives, but they continue to give discounts to the end consumer — Ola has slashed its prices in Bengaluru by 20 percent and Uber offers 25 percent discounts on its rides. At the end of the day, the cash burns are endured for just one person — the consumer.

Vihik, however, is looking at a more fair play kind of model.

Chaitanya says they believe in a free market with no conditions imposed, and allow communication between cab drivers and riders.

“We are planning to enter the auto segment in the next 3 months and park and earn by the start of 2018,” Chaitanya says.