Despite drop in funding, edtech still presents a huge opportunity 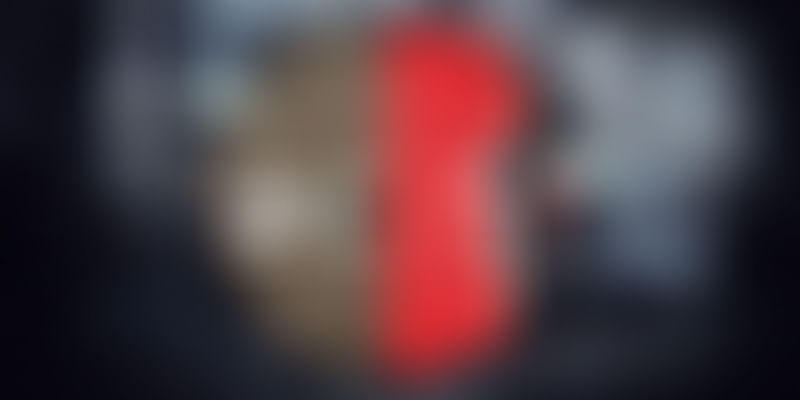 Edtech has seen a fall in funding so far this year, but investors remain upbeat about this sector.

The year so far hasn’t been one full of sunshine for edtech, both in terms of the number of deals and in the amount raised.

According to YourStory data, since January, edtech startups have raised $94.21 million through 34 deals as against $107 million across 46 deals in the corresponding period last year.

This, despite Byju’s garnering $30 million from Brussels-based Verlinvest in March, added to the funding by Tencent Holdings Limited.

In fact, Byju’s accounts for close to 81 percent of the funding pumped into the edtech segment so far this year. Despite this drop in funding, edtech still has people betting on it. While funding amounts for edtech have declined, it would be unfair to compare a sector like education with e-commerce or even fintech.

“Sectors like e-commerce consume a lot of capital. They have to lose money to dominate the market, so they need capital in hundreds of millions. But the number of deals in e-commerce is fewer, as (it is) with larger-sized deals. Money involved in Series A, B, and C will depend on the maturity of the startup.”

According to India Brand Equity Foundation, India occupies a crucial place in the global education ecosystem with its over 1.4 million schools with 227 million students.

A total of $1.1 billion has been pumped into the education sector by private equity investors since 2005, according to a Kaizen equity fund report.

Despite the fall in funding, the online education sector is believed to see exponential growth going forward. A report by KPMG and Google pegs the edtech market to touch $1.96 billion by 2021 with close to 9.6 million users from $247 million and over 1.6 million users in 2016.

Rajat Agarwal, Vice President, Matrix India Partners, believes there is still a long way to go. “I think tutoring is going to come of age. If you look at Byju’s journey, they have moved strongly into the K-12 (kindergarten to 12th standard) space. You will see more startups like them and Cuemath, but they still are just scratching the surface,” explains Rajat.

According to a government report, at present, there are close to 25 million students taking tuitions.

Also read: Why Byju’s chose to bet on Edurite and TutorVista

“While the space has been growing for a year or two, scale will grow further and even from an investment standpoint, the focus is towards tutoring,” adds Rajat.

A report by KPMG adds growth in the online education space over the last two years has been backed by a growing number of users willing to pay for online education. This base, according to the report, will move from the current around 500,000 users to 1.5 million by 2021, at a CAGR (compounded annual growth rate) of 44 percent.

While monetising the English language learning space is seen as a challenge, Rajat believes it still presents a huge opportunity. China, he adds, already has over three unicorns in the language learning market.

“India has a similar problem, there still is a large portion of the population that doesn’t know the language and many still consider the language a necessity for success. And it can easily be done digitally, but we still have to see something path-breaking in that way,” adds Rajat.

Kings Learning, a technology-driven spoken English learning startup, addresses the employability issue in India by providing spoken English classes through its offline and online channels. It provides profession-specific coaching for people in sales, marketing and the hospitality industry, among others.

“The focus of Enguru is to help people practice conversational English in a workplace setting. It caters to students and young adults who require English in order to excel at their jobs, or even just require to use English socially.”

Apart from leveraging digital technology, startups are also using different means and modes of training. LXL ideas for one, aims to take life skills to the mainstream, and create experiences for students, parents, and educators.

“The kind of work we do is opposite of what every education company does. Sadly, education in India is only focussed on academics and marks.”

Syed has been an advisor to CIET-NCERT, and is a member of the FICCI School Education Committee. He also serves as an advisor for several children’s brands, and educational institutions globally on issues related to the psychosocial development of teenagers.

There are also startups like PlayAblo that use gamification to make learning and education fun. An article in Campus Technology says gaming technology is fast becoming an immersive and interactive tool for teaching and learning.

Also read: Why investors are betting big on Byju Raveendran

“Since IIT JEE and other competitive exams are going online, there are several million people who sit for these exams, online test preparation thus will be a core focus,” explains Rajat. Matrix recently invested in Testbook, which raised an undisclosed Series A funding.

Students can purchase mock tests from the Testbook website, Android app or through offline Testbook Test Centres and Smart Labs in select cities. Testbook offers personalised guidance and detailed solutions for questions, along with an all-India ranking for select mock exams.

Since the Government of India announced its Skill India initiative, there have been several startups focussed on skill development. These include the likes of Simplilearn, UpGrad and bootstrapped Great Learning, to name a few.

Skill gaps are among the biggest challenges organisations face today. Allen Blue, Co-founder, LinkedIn, says, “In many cases, when you learn something in college, by the time you finish your course, the skills aren’t useful for job training. The educational institutes aren’t hard-wired into what’s necessary.”

Also, with the talk of AI taking away several jobs, there is a stronger push towards re-skilling and learning new skills.

Looking at this gap, Ronnie Screwvala, Co-founder UpGrad, announced Asia’s first online scholarship fund with an initial corpus of Rs 100 crore. The fund aims to garner Rs 400 crore in the next three to four years.

“We need 125 million young Indians in post-graduation studies, and not more than 30 million today are engaged in higher studies as a majority of them need to start working early in their career and so online learning/education is the real answer for India. Along with our need to upskill, we need to upsmart too, in order to make our core demographic employable.”

Companies like Facebook, Google, Apple, Microsoft and Sony that have deep pockets are looking newer and deeper forms of computer and human interactions like VR, AR, and AI.

Campus Technology says consumer-based products from these companies have already significantly influenced the hardware and software that institutions of higher education use to deliver their learning experiences.

While technology adoption is rapid, there is much to be done. Rajat adds that companies need to penetrate deeper into the market, and get more schools and educational institutions to adopt digital means to impart learning.