Eyeing the iPhone X? HappyEMI makes it easy to buy with quick financing at POS 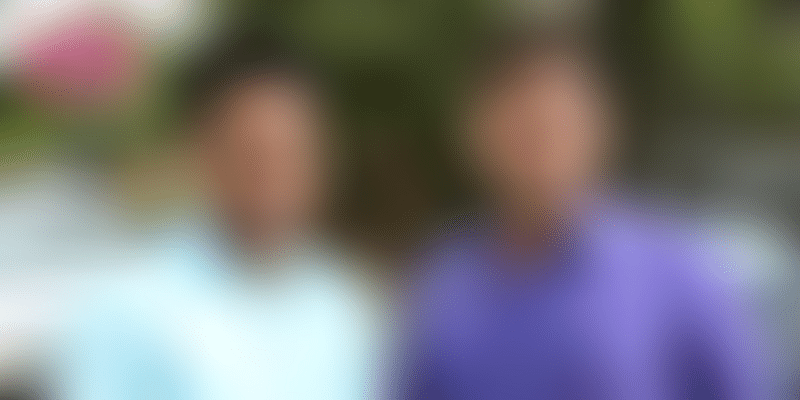 Bengaluru-based startup is a consumer financing platform that provides shoppers with quick finance at the point-of-sale in stores and on online platforms.

How many times have you delayed a purchase for the lack of immediate money? It happens while strolling in a mall or browsing through an e-commerce website. That’s where HappyEMI steps in.

HappyEMI is a people-less and paperless consumer finance platform providing shoppers with quick financing at the point-of-sale in stores and on online platforms. It helps avoid the hassles of signing a series of papers and going through multiple rounds of queries, making shopping simpler, faster and easier.

The startup was founded by friends Suhas Gopinath, 31, and Anmol Vij, 30, in May 2017. Suhas was earlier Founder and CEO of Globals Inc, an enterprise solutions company, while Anmol was Founder and CEO of KeyMind Learning, an edtech startup based out of Coimbatore.

Speaking about the beginning, Suhas says, “Both of us met Alibaba founder Jack Ma during in his visit to India. We were thoroughly inspired and realised that the future lies in an omni-channel approach. We wanted to explore something that co-exists in online and offline markets.”

The duo went on to start ShopsUp, an app that helps users discover the best stores in town for fashion, lifestyle, and other products and rewards them every time they shop. But soon, they pivoted to HappyEMI.

Anmol says, “While we were running ShopsUp we realised that traffic was coming in, but it was not converted into ultimate sales. We figured the need for easy financing options and HappyEMI was born with the help of existing mentors and investors.”

While ShopsUp is on auto-pilot mode currently, the duo’s main motivation was to solve financial and digital inclusion issues and offer easy credit to the under-served. People can use the HappyEMI service to instantly avail loans, buy their favourite product and repay in EMIs.

The Co-founders began by looking at their networks to find people interested in their vision; today, they have a team of 35 individuals based in India and China. The HappyEMI head office is in Bengaluru while the Research and Development team is in China. HappyEMI is also among the shortlisted Tech30 startups for YourStory's 2017 theme 'Make it Matter.'

How they check creditworthiness

HappyEMI analyses a customer’s creditworthiness through alternative data using the scoring engine. This data is extracted from the customer’s digital footprint, including social media, text messages and calls. The user can enter all required information via the HappyEMI app. HappyEMI then uses eKYC to verify users, seeks a digital signature for the loan agreement and taps Aadhaar to authenticate users. The settlement is processed to retailers in a two-day timeframe.

Anmol says, “At some point, we ask the users to download the app and share bank statements. We use an algorithm to track their income-expenditure using bank statements, loyalty experiences, etc. We have also partnered with a startup called Perfigos to do the same. They provide insights in the entire process of financial checks, verification and extraction of financial data.”

HappyEMI has signed up with major retail brands in categories such as mobile, consumer durables, home improvement, and car accessories. However, their current focus is on mobile phones and offline distribution.

How do they monetise?

Anmol says, “We charge zero percent interest from users, but around seven-eight percent commission from retailers and manufacturers.”

It has disbursed over 1,000 loans till date with a total loan book of Rs 10 million and an average loan size of Rs 10,000. HappyEMI has partnered with two lenders, INCRED and IREP Credit Capital Pvt Ltd, and about with 400 retailers in Bengaluru, including Sangeetha, Poorvika, Hotspot. It has also signed up with Oppo and Vivo for direct subvention.

The technical integration with retailers’ billing systems has helped HappyEMI to scale in a non-linear way.

Taking on the challenges

Anmol says, “The initial challenges were in understanding the space, especially the regulations involved in operations and conforming to regulatory norms. As we had to partner with an NBFC who would lend on our behalf, we had difficulties in convincing them about our risk algorithms.”

They started with a 100 percent First Loss Default Guarantee (FLDG), and currently claim to work with 10 percent FLDG, which the founders believe is a “remarkable achievement”.

Speaking about what sets them apart, Suhas says it is the “data-driven approach that underwrites risk beyond credit score to reach a broader consumer base by using alternative data points”.

“HappyEMI doesn't rely on the CIBIL score but has its own algorithm developed in-house and has over 180 parameters to check creditworthiness,” he says.

The startup has also developed a system called “Deep-locking” of the smartphone. During instances of a default in repayment of the EMI amount from the user-end, the phone becomes inactive and unusable. They have partnered with mobile manufacturers to do the same.

Looking at the market landscape

Recent findings from the Filene Research Institute and CU Direct on point-of-sale financing – financing at the point of sale for large consumer purchases – revealed the potential size of this market is estimated at $391 billion annually or approximately 3.5 percent of annual consumer spending. Healthcare, electronics and home goods, such as major home appliances and furniture, lead a long list of spending categories.

The fintech space has been seeing a lot of activity in India in recent times. The alternate lending platform EarlySalary recently closed $4 million from IDG and DHFL. Platforms like Slicepay, Capital float, Flexi Loans and InstaPaisa also operate in the same space.

In the future, HappyEMI plans to become India’s largest and most reliable EMI engine for any merchant to enable lending at POS.

Suhas says that with HappyEMI, he aims to offer people the freedom to buy goods with the convenience to pay at ease in easy monthly installments.