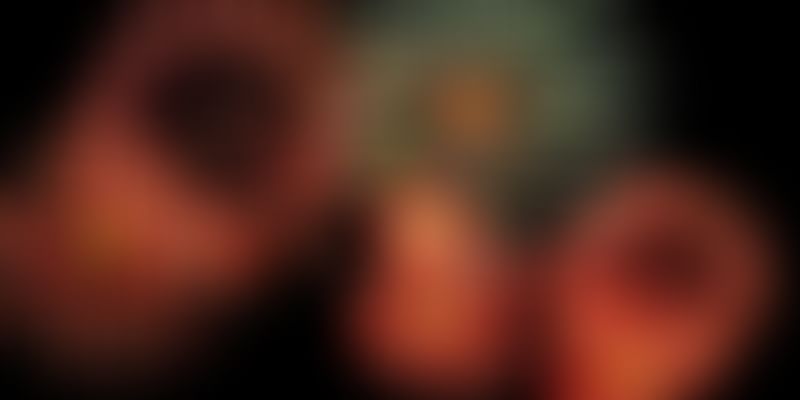 Whichever e-tailer gets the most consumers during the festive sale period is almost sure of maintaining that leadership and building on it for months.

September and October are special for most Indians as the two important festivals in the Hindu calendar, Dussehra and Diwali, are celebrated in these months. The days leading up to these festivals are taken over by an activity that most humans enjoy – shopping!

Just like the Christmas shopping season in the US, India’s festive season sales see retailers vying for customers’ attention and money with special launches and massive deals. But India never had one specific day when all retailers had a sale unlike the US where the Black Friday sale is well known. That changed in 2014 when Flipkart announced its Big Billion Days; Amazon and Snapdeal too announced their sale events during the same days. This has continued since then. This year, the sale started on September 20.

The festive season sale has become the biggest event in the e-tailers’ calendars now. So much so that preparations begin in April.

In India, Diwali is traditionally the time to spruce up homes and buy new goodies, from televisions to clothes. A number of households plan their annual purchases in such a way that items for the house and family are bought in the weeks before the festival of lights. For retailers across the country, this is windfall season.

According to advisory firm RedSeer, the one-month period of Dussehra-Diwali accounts for 20 percent of the Indian retail market’s annual business. But this season is even more important for online retailers.

All about the base

The Indian retail industry was worth $641 billion in 2016. In comparison, online retail was pegged at $15 billion in the same year. Just October generated $2.2 billion Gross Merchandise Value (GMV) or 15 percent of the year’s GMV.

India has a population of about 1.3 billion and a mobile subscriber base (uniques) of around 730 million (Source: GSMA). But only about 69 million shopped online in 2016, according to an ASSOCHAM-Resurgent India study released earlier this year.

However, active shoppers will be a fraction of this number as e-commerce is still very nascent in India.

The festive season sale is a good way to draw in those who have never shopped online. A number of Indians are still wary of online retail even after over a decade of the existence of shopping sites. The deals – discounts can go up to 90 percent in some categories – contribute to lowering the resistance. The idea is to lure a potential shopper to buy at least one product. The hope is that the smooth purchase and delivery experience will keep the consumer hooked.

This has worked in the past. The GMV during the sale period becomes the new normal.

Mrigank Gutgutia, Engagement Manager and e-commerce expert at RedSeer, says the industry run rate in Q2 of CY2016 was $13 billion and jumped to $17 billion during the festive season quarter. However, after demonetisation at the end of the year sale numbers dipped to $15 billion. But the run rate recovered during the second quarter of 2017 to reach about $16 billion. So the festive boost is very clear.

Whichever e-tailer gets the most consumers, and in turn sales, during the sale period is almost sure of maintaining that leadership and building on it for many more months. In 2016, during the first half of the year, Flipkart had lost out on momentum with Amazon outselling the former in July and August. But in last year’s BBD sale Flipkart came out all guns blazing and beat the foreign challenger. Flipkart (not including Myntra) captured 43 percent of the GMV sold, while Amazon got 32 percent.

Flipkart has been able to maintain this leadership position since. In its consolidated financial report, Naspers, an investor in Flipkart, claimed that Flipkart’s market share grew to 57 percent in March 2017 from 45 percent in 2016.

A lot of this growth has been on the back of strong sales in the mobile phone and tablet category, the largest segment in the e-tail industry.

Flipkart had lost some of the exclusive partnerships it had in the smartphone category in the first half of 2016, with brands like Motorola, Xiaomi and OnePlus launching models on Amazon.

However, Kalyan Krishnamurthy, the current CEO, began focusing on building smartphone partnerships when he re-joined Flipkart in June 2016. The results showed during BBD 2016 and in the ensuing months.

According to market research firm Counterpoint Research, Flipkart had a 51 percent share in the smartphone category in Q4 2016 versus Amazon’s 33 percent. The ratio has barely changed in Q2 2017 with Amazon’s share at 33 percent and Flipkart’s at 50 percent.

It is unsurprising then that Flipkart is bullish about its performance in this category during BBD.

Ayyappan R, Senior Director (Head of Mobiles) at Flipkart, told news agency PTI that the company is expecting 2.5 times growth in sales in the category during this year’s BBD compared to 2016.

What to expect this year

All players have spent heavily in the runup to the sale.

According to RedSeer analysis, cash burn during the festive period is expected to reach up to $400 million, up from $200-250 million last year. A chunk of this is on discounts and supply chain investments.

There is expected to be an increase in the number of unique shoppers, as mentioned earlier. RedSeer predicts a 40 to 50 percent growth compared to last year. Many of these shoppers will opt for lower priced products in the fashion and home categories.

Reliance Jio will be a big driver of growth this year. The mobile network launched by one of the largest conglomerates in India in September 2016 has seen millions of Indians getting access to the Internet at extremely affordable rates. When it launched, Jio offered free 4G services, including unlimited voice calls and data, to all subscribers for almost four months. The company announced it acquired 16 million subscribers within a month of launch. The network had acquired 123.36 million subscribers by end-June, according to Telecom Regulatory Authority of India.

Mrigank, of Redseer, feels the Jio effect will be very strong during the sale.

This year too, the mobile category will be the largest, followed by fashion and large appliances. It will be a close fight between Flipkart and Amazon.

The two e-tailers are almost evenly matched in terms of money power, with Flipkart having raised a massive $4 billion funding this year.

Amazon, on the other hand, has a stronger presence among the more mature consumer base, thanks to its Prime membership programme.

“Flipkart will do better among new consumers and Amazon among the more mature consumers. If the Jio effect is very high, then Flipkart could have a major advantage,” Mrigank predicts.

The unknown element is Paytm, which is doing a festive season sale for the first time. It has promised consumers assured cashback offers worth a little less than $80 million (Rs 501 crore). Can it play spoilsport for either Flipkart or Amazon?

Paytm will most likely just unseat Snapdeal as the third largest player in the market. However, this will be an important test for the Alibaba-backed e-tailer and everyone in the industry will closely watch how it performs in terms of GMV and the delivery experience.

Considering that all sales will close in a few days, we will know the winners and losers pretty soon. Stay tuned for updates!