While discussing the women warriors who fought with valour for India’s Independence, the person we remember the most is Rani Lakshmi Bai of Jhansi. A deeper dive into history brings us to Queen Velu Nachiyar from Tamil Nadu. She was a valiant warrior who fought the oppressors much before Lakshmi Bai. Her chronicles, however, are not documented with the same vigour, as history too lies in the eyes of the beholder.

Given that the story of the Queen is lost in obscurity, it is hardly surprising that Kuyili, a commander in her army, also remains unknown. Not many of us are aware that Kuyili was the first suicide bomber in the history of India’s battle for freedom.

In the war that took place in the 1700s, Queen Velu Nachiyar’s husband was killed by the British. To avenge her husband’s death and to protect her kingdom from invasion, she built an army and fought the British imperialists. With the support of neighbouring kings like Gopala Nayaker and Hyder Ali, she also built a women regiment which was part of her army according to Nappinnai. The women were well-trained and known for their bravery and discipline.

Despite their high preparedness, Velu Nachiyar’s army and weapons were not a match for the guns that the British carried. Their guns could kill people from distance even before the combat began. Determined to protect her army in the battle, Kuyili volunteered to destroy the ammunition that the enemies had.

The ammunition was stored in a temple and only women were allowed to enter, assuming that they were harmless. Using this prejudice to their advantage, Kuyili, accompanied by the fellow women warriors of her regiment, entered the temple under the pretext of worshipping. All of them carried lamps filled with oil and passed unnoticed. Once inside, all the women came together and poured the oil they had brought on Kuyili.

Drenched in oil, Kuyili entered the storehouse filled with ammunition and set herself on fire. Eventually, the Queen's army fought and won the battle and Kuyili went on to become the first woman martyr to willingly sacrifice her own life for India’s freedom struggle.

Centuries later, in 2008, a postage stamp was released in the Queen’s name according to The Times of India. Kuyili was promised a memorial which was never built. 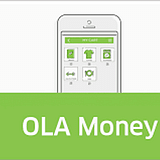