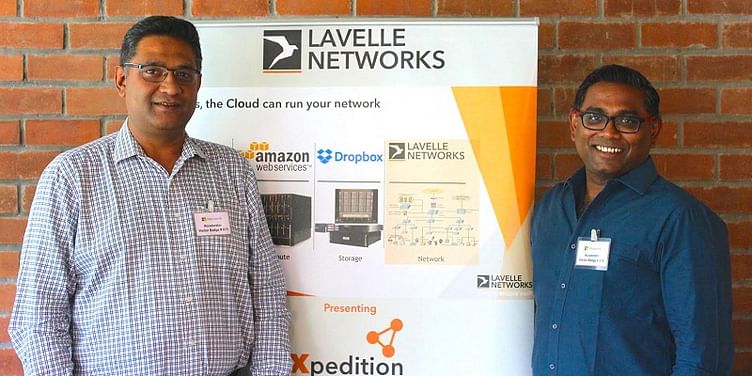 Imagine driving the Mercedes GLC-220D, which has the Mbrace app that connects you to the retail ecosystem in every suburb and vicinity you travel in. The Narrow AI-based algorithms allow the user to connect with the telematics unit, which in turn interacts with multiple cloud/telecom operators. The system dynamically decides to provision what is important for the consumer while driving, keeping safety the highest priority. These multiple nodes across retailers, cloud and internet providers, car manufacturers and dealers are connected by Lavelle Networks.

A company like Mercedes or BMW will be handling thousands of dealers across the world; each of them will be on multiple cloud networks.

Going back to the example of the automobile company, when the sales team logs into a CRM application that needs to be reported to the head office, both teams will be connected by points of presence (PoPs) in public cloud networks in South Africa and Mumbai. The entire communication is managed by Lavelle without any disruption. If one PoP fails, it can always connect to another in Bengaluru or in Namibia to keep the conversation going.

The technology Lavelle has built creates multiple PoPs by using public cloud networks across the world and makes enterprise communication faster and cheaper.

This summer, the company signed an agreement with one of the largest ecommerce companies in the country to run its nationwide sales over 150 warehouse locations.

Karthik Madhava, Co-founder of Lavelle Networks, says: “Each of their warehouses was on different networks and during a sale, period bills were provisioned manually with delays in presenting a real-time single view of the day’s sales.”

The stitched-up network allowed the ecommerce company to provision tasks for its warehouse managers to execute bill cycles on a real-time basis rather than consolidating everything by the end of the day.

How do they differ from traditional networks?

If one went to a traditional network provider, say Reliance or Tata, they would take two months or more to provision a centre as they will configure a network stack that sits on the premise of each location. These individual stacks do not communicate with other centres of the organisation, which may also be on other networks like Airtel or Vodafone.

What more you need is a network integrator to set up all stacks across locations, who will charge consulting plus integration charges. This cost may run into millions because these are Cisco and Juniper Networks boxes. But, Lavelle Networks software uses a self-serve box – about 50 cm by 50 cm – that is shipped to every location of the enterprise. All the administrator has to do is connect the internet port – of the remote centre – to the Lavelle box. The software immediately integrates the communication of the entire organisation where their box has been plugged regardless of the communications network that one is operating on.

Lavelle is funded by IdeaSpring Capital, which has boosted the company with a $500,000 investment.

Naganand Dorswamy, founder of IdeaSpring Capital, says: “The company’s tech is not only disruptive but is taking on an industry that has been dominated by incumbent legacy players. The software stack, which integrates multiple networks, is the USP of this company.”

The company has signed deals with several retailers in India and its annual revenue run rate is heading towards $1 million.

It all began at a coffee shop on Lavelle Road in Bengaluru when Karthik Madhava and Shyamal Kumar worked for a technology company. They realised that there was no new-age networking company that used the cloud and software to deliver high-speed enterprise networking.

“We wanted to build a technology and product company with the unique identity of Bangalore,” says Shyamal, Co-founder of Lavelle Networks.

Just as Cisco and Juniper identify themselves with innovation in the Bay Area – Cisco is from San Francisco, while Juniper was named after juniper trees found all over Silicon Valley – Lavelle Networks pays homage to Bangalore’s innovativeness.

Shyamal is a 1999 BITS Pilani graduate, while Karthik graduated from University of Mysore in 2000. The two dealt in networking technology for over 15 years before the entrepreneurial bug bit them in 2015. When enlightenment struck them one day in a coffee shop on Lavelle Road, famed for its urbane restaurants and British heritage, the duo put down their idea on a piece of paper and soon made a trip to the Bay Area in the US to pitch their idea to prospective clients.

Today, two years on, Lavelle is an extremely valuable company in Indian innovation, working towards the future of enterprise network management.