How Obopay came back after closing down in 2012 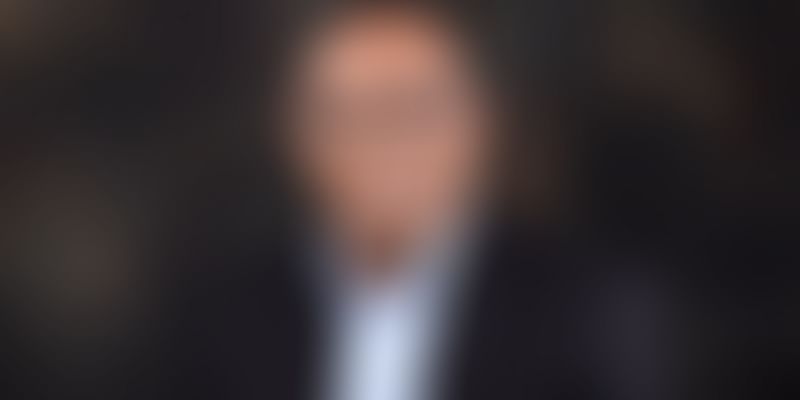 According to FICCI, the Indian fintech industry can reach $20 billion as more banks began to look at digital banking solutions, Obopay stands to benefit from this trend.

December 2012 - Carol Realini and John Tumminaro, the founders of Obopay, were shutting shop after being on top of the food chain for close to seven years.

Obopay, a pioneer in SMS based technology that allowed quick payments, transfers and withdrawal of money, had raised over $144.76 million in funding and yet, was unable to scale up due to its dependence on Nokia Money, where most of its revenues were locked. At the time India was a big market for Obopay because of Nokia Money. But, that wasn't to be for long.

When Nokia lost out market share in its devices business to rivals, the natural step was to offload non-core assets, and the fintech business was the first to go.

Even as it closed down, it had just signed operations contracts in at least five East African countries and with a large bank, but it could not continue servicing clients due to the cash crunch.

As the company sold its assets, its technology was picked up by two ex-Infosyians, B Padmanabhan and Rajiv Kuchhal who saw that they could use it to revamp the business to help financial institutions to ramp up their fintech capabilities. They bought the entire software assets of Obopay and registered it as an Indian company, which essentially meant it started up again in 2013.

“The business had potential because the technology was there to ramp up any form of fintech service for a financial institution wanting to enter the digital world,” says Shailendra Naidu, CEO of Obopay.

According to the Registrar of Companies, Obopay morphed into an Indian entity with a fresh capital infusion of Rs 9 crore. When it did, it had only two clients in Africa, and they had to be convinced the technology would help them track credit history of customers, and also allow customers to move money from bank accounts to wallets, and to make payments to multiple parties.

“Any fintech business that focuses on core technology and has paying customers has the potential to scale up fast in India,” says V Ganapathy, CEO of Axilor Ventures.

Obopay is essentially an alternative to a core banking solution and a payment gateway. Shailendra had to build trust with several companies and win clients. He did so by piloting the technology, which was a slow process. In every pilot, the company had to show financial and banking clients that the technology had no glitches.

Today Airtel Money in Africa, and 45 banks use the Obopay platform across 21 African countries. “Every financial institution, including banks, is looking towards a future in new solutions like wallets. So, we have also applied for a prepaid license, which will also allow us to build wallets and other fintech technology for any banking institution which has no licence,” says Shailendra.

The Obopay platform powers all payments forms for an institution, including QR Codes, NFC, Unstructured Supplementary Service Data, wallets, and apps. The technology is beyond payment gateways and allows movement of money between customers of a large institution or any institution (when different institutions have partnered with each other).

Now that Africa is a set business, and payments have been regular, the company has turned profitable (it, however, does not disclose revenues) and has set its sights on India. They work on three different models which include license fees, annual maintenance contracts, and revenue share with institutions. India, the company believes, will be its biggest business because banks here are looking at software products that can scale up payment solutions. Being a B2B company, it is already working with an Indian health insurance company for micro-insurance where groups of individuals in villages will deposit money to an agent, who will use the Obopay platform to transfer money to the institution and the individuals get their policy as an SMS.

“India is a big business for technology in the banking space to integrate different payment platforms. The only issue is that banks have to look at a digital strategy more seriously in India,” says Naganand Doraswamy, CEO of IdeaSpring Capital.

According to a State of the Industry report on mobile money by GSMA, annually, 43 million financial transactions take place globally, of which Obopay claims it powers 11 percent.

According to Nasscom, the size of the fintech industry in India is more than $500 million. However, since Obopay is after the core banking system, its market opportunity is well over several billion dollars. Consulting firm E&Y puts it, “After a RBI mandate on core banking, banks moved forward with large core banking transformation programs. The focus was on automation and significant progress was made in reducing manual processes specifically at the branch. Customer data was centralised, teller operations were streamlined, and networks were established to connect branches to a common platform.”

An EY report on Indian banking adds this initiative by banks has been inwardly focused. Many adopted a "lift and shift” approach of moving processes as is with "workarounds” rather than a holistic business process re-engineering approach. In many cases, this has resulted in sub-optimal implementations with dubious business cases. In the current scenario, most banks use their core banking system as a “transaction platform” without getting the full benefit of enterprise customer insight and process integration. This is where Obopay offers an alternative to banking and its thousands of channels. “We believe India can be a large business for us for the sheer scale,” says Shailendra.

The competition, for the company, and partners – in many cases – are large core banking solutions companies such as Oracle, Temenos, Infosys Finacle, Fiserv and TCS Financial Solutions. But Obopay believes it can complement many of these solutions to interact with customers in the digital economy.

The company itself has come back from the dead, waking up to an era where the banking market is moving digital. Its technology has finally come of age and scaling up is only a matter of time.