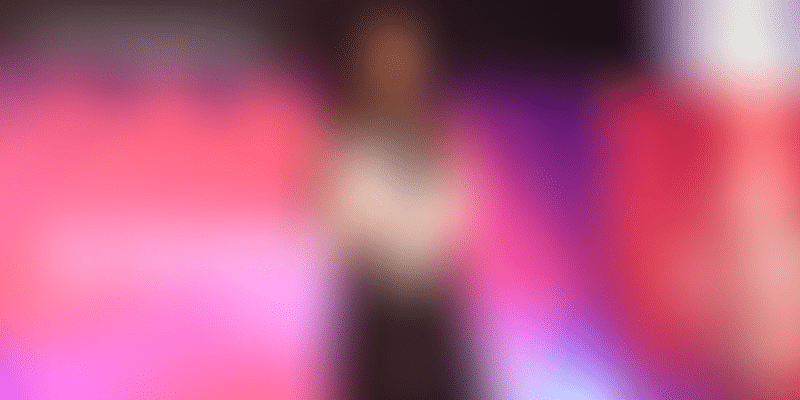 Who are you, if your current business context is taken away from you? Meeta Malhotra, Co-founder of Varana Design, put forth the hard-hitting question at TechSparks this year.

“If you take me out of my current business context, who am I? My identity had merged with the company’s identity. The answer to this question could have been ‘nobody’. "

Meeta Malhotra, Co-founder of Varana Design, put forth the hard-hitting question at TechSparks this year- do you possess an identity outside the one given to you by your company?

Referring to instances from her own journey, Meeta explained the need to possess a personal brand, one which is characteristic of you as a person and one that you can utilise in all aspects of your life. Having thrived as a leader and partner at Ray and Keshavan for over a decade, Meeta realised that her identity had become aligned or, rather, merged with that of the company she was running. This glass-shattering moment took place when she realised that while she was carrying out a series of extra business roles that entailed running the company, the minute the company was acquired by WPP and the management changed hands, she didn’t understand what identity she could represent for herself.

In the midst of her confusion, she sought out a crossroad- she could either not care about the fact that she didn’t possess an identity outside her company or she could take control of her own narrative.

“Every one of us already has a brand,” she said, speaking about how it just takes a lot of introspection and a fair amount of time to cultivate it to its best possible version. She asked,

“Think about it, if your current business context is taken away from you, who are you.”

Finally, after a decade of working at a top level for Ray and Keshavan, she decided to leave and embark on a journey of soul-searching. Before anything else though, she realised there was a kind of algorithm in terms of this as well.

It connotes the evaluation that one can make of themselves in terms of the experience of the identity they had adopted during their professional stints. Simply put, the most effective way to streamline your personal brand is to:

“We never drill deep down to ask ourselves what are our granular perpetual strengths that make us different from everyone else,” she said.

After employing this process to figure out her own personal brand, she realised that she was actually a “jaded closet geek with good execution skills”. In terms of this, she realised that she had been cultivating this brand in a sense because she had always managed to keep a connection with technology, even though it wasn’t a part of her former daily job.

The people who would benefit from this personal brand of hers, would be ‘digitally forward firms’. How she got to these people was: she approached investors, and she set up a website. This helped her greatly because the investors introduced her to portfolio companies she then began to work with and her website made her work credible for the same, especially for the young amateur companies looking for consultancy services.

On a closing note, Meeta asked the audience to think up even one or two personal strengths today and begin a practice of discovering their personal brand in this way. They should pledge to create, uphold and honour an identity that is separate from an official role they may represent at the time. She said,

“Commit to one thing today: commit to understanding what your strengths are. We let other people define who we are; we are so negative about ourselves. That needs to change.”