Only 30pc startups give back bulk of returns to investors: Rahul Chowdhri 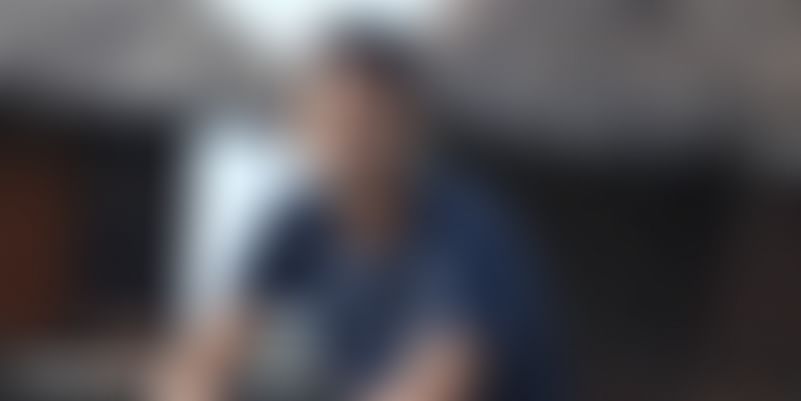 In Conversations at YourStory, Rahul Chowdhri, partner at Stellaris Venture Partners, tells the investor’s side of the startup story.

Over the last eight months, YourStory has been providing a platform for our readers to interact with the who’s who of Indian startup ecosystem. Entrepreneurs like Radhika Aggarwal of ShopClues, Zishaan Hayath of Toppr, Girish Mathrubootham of Freshworks, Shashank ND of Practo, Swati Bhargava of Cash Karo, as well as investors like Ronnie Screwvala of Upgrad, Bharti Jacob of SeedFund, and Sahil Kini of Aspada were among them.

Yesterday, it was Rahul Chowdhri, partner at Stellaris Venture Partners, who interacted with our readers. Launched in late 2016, SVP is bullish on companies that use technology to solve India specific problems and the SaaS businesses being built for global markets. These could be across any sectors, be it healthcare, financial services, education, retail, transportation, logistics, etc. Rahul elaborated on his observation of the evolving startup ecosystem of India.

The last four years have seen billions flowing into Indian startups. This year alone, the startups have already pumped in $8.5 billion. But this ‘capital dumping’ phenomenon is being criticised on the grounds that it causes unsustainable growth of startups.

When it comes to capital dumping, Rahul believes that there are certain spaces where the moat is market leadership. “Once you see PMF (product market fit), it makes sense to capture the market ASAP. At the same time, using discounting as a tool to capture market may not be a good idea since there is a risk of the consumer getting spoiled or someone else playing same trick on you few years down the line,” he says.

In fact, when asked which Indian unicorns – who have raised billions and burnt millions – will be the first to go IPO, Rahul says that companies that are clear market leaders and have a path to profitability should be in line first. “I hope Flipkart, Ola, Paytm and others will soon show us the way,” he added.

However, he adds that there are several areas or business models that are yet unexplored in consumer internet. “Data-driven online brands, social commerce, b2b2c models, healthcare delivery, vertically-specialised lending, vernacular and UGC content are either not explored or are in a very nascent stage,” he says.

But on the other hand, how can a new entrant survive in a business domain with multiple players? Rahul is positive that not all opportunities in the startup space have been taken.

“We have till date created less than $35 billion market cap for all tech startups combined in India. With the way technology is penetrating all sectors, we feel that in the next decade, this number can become $500 billion,” he says, adding that part of this value will get captured by existing startups/global companies, but a larger part will get captured by companies not yet created.

“As a startup founder, one needs to find areas that are large niches and defensible in long term. While competition is tough from existing large tech companies, they are also early adopters and hence will be your pilot customers/partners. This was not possible five years ago,” he says.

Dilemmas of an investor

According to Rahul, a Series A investor will ideally want each successful company to return 75-100 percent of their fund at the time of taking the investment call. “Practically speaking, 30 percent of portfolio will end up returning bulk of the returns,” he adds.

Biggest stress for an investor is to see a portfolio company fail. Rahul inherently believes that success or failure of his portfolio companies is not in his hand. “I think 80 percent of success/ failure can be attributed to external forces. This way I don't get too happy if something succeeds and don't get too stressed if a company fails. Obviously, if there are only failures in my portfolio over a period of time, that means I am in the wrong profession,” he says.

For Rahul, the criteria to evaluate potential investment opportunities are the team, the space they are in, defensibility of the solutions they have or are planning to build, and financial attractiveness of investment versus the size of outcome.

In e-commerce, Rahul is expecting to see investments in online brands, B2B2C models and omnichannel-oriented investments in 2018. “The pace is likely to be slower compared to what we saw three to four years back,” he adds.

Rahul is expecting the coming year to see the following trends:

It is no secret that women-led startups have not been able to create a mark in India yet – the exception being ShopClues. However, Rahul believes that women founders can be better leaders than their male counterparts, especially in understanding the customers.

“Given that we have low female participation in the corporate workforce, it is reflected in the number of women founders we see as well. Fortunately, that is changing as we speak. While raising fund, I have not seen a bias against or for female founders,” he says.