How the Barapullah drain turned into a sewer 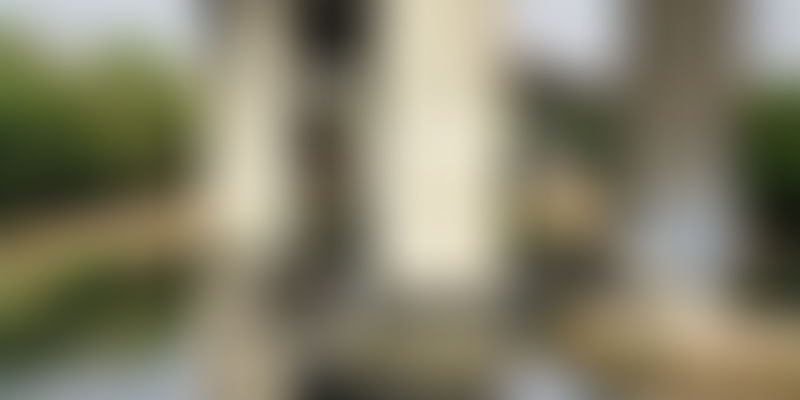 Barapullah drain, which was once a major drain in Delhi, is being clogged with human waste, thanks to the rapid growth the city is witnessing.

Originally a darya (creek), locally known as Nizamuddin darya, Barapullah is a key drain in Delhi. Barapullah gets its name from a pul (bridge) built across it by the then emperor Jahangir's chief eunuch, Mihir Banu Agha. The bridge has 10 piers and 12 pallahs (columns) and hence, the name, Barapullah.

The author of Delhi that no one knows, R.V. Smith, in a historical account of the city’s quaint bridges notes how, in the year 1628, the road between Barapullah, the best-looking bridge in Delhi and Humayun’s Tomb was a wide tree-lined path. The bridge now stands amid a makeshift market near the Nizammuddin railway station. And, the Barapullah drain that flows below was one of the 10 streams in the city that drained eastwards into Yamuna.

According to a report by Danny Cherain for Massachusetts Institute of Technology, the drain, which is 100m wide, was fed by Shah-i Nahr, Khilauli Bagh Nallah and Naulakha Nallah and traversed over 16 km. Today, the drain takes a circuit through the densely-populated built-up areas of south-central Delhi.

While some claim that the drain came alive during monsoons, Manu Bhatnagar of Indian National Trust for Art and Cultural Heritage (INTACH) says, “On the map of the city drawn in 1807, the drain is shown in blue indicating perennial flow. With the deforestation of the southern ridge, the flow of the stream became seasonal, restricting to rainy days.”

With time, the city’s complex medieval hydraulic constructions that allowed groundwater tables to get recharged by a network of nahrs (canals), baolis (step wells), bundhs (embankments),nallahs (drains) and hauz(lakes) got affected by its rapid expansion.

A report on mega events and hydrological systems in Delhi by Massachusetts Institute of Technology attributes the decline of the city’s water systems to natural causes. It says that "the ebb and flow of water in the nallahs have been affected by the natural discontinuities in the soil and the terrain.” Whatever be the reason, Barapullah has now disappeared under the load of Delhi’s sewage.

A receptacle of sewage

Barapullah is a trunk drain in the engineering parlance. It discharges around 1,25,000 kilolitres of domestic sewage into Yamuna. It receives much of its water from high-density residential neighbourhoods which are not connected to a sewage network, like the slums and unauthorised colonies from Mehrauli till Sarai Kale Khan.

“Urbanisation of the catchment has seen a surge in the storm-water flow due to the increased runoff. However, the lean season flow or the dry season flow consists of polluted water from unsewered areas in the catchment. This polluted flow further contaminates the aquifer,” says Bhatnagar.

The drain does not carry much industrial effluents as it does not flow through the industrial belt of the city. But the sewage of the unsewered areas makes its way into the storm-water drain, not meant for carrying sewage. “This is because there is poor understanding and appreciation amongst the authorities of the necessity and usefulness of maintaining the integrity of the Barapullah drainage system,” notes Manoj Misra, a retired Indian Forest Service officer and the convener of a river conservation group, Yamuna Jiye Abhiyan.

Debris in the nallah

Last year, 10 out of 12 channels of Barapullah got blocked. Sewage water flowed back and gushed into the houses in low-lying residential areas in the belt. The attempts to desilt the nallah which had tonnes of debris piled up in it ended up in a blame game between the South Delhi Municipal Corporation and the Public Works Department, with each holding the other responsible. “Encroachment into the drain’s floodplain is common, aggravating the problem during floods,” says Misra.

“Construction debris of the Barapullah flyover project was dumped into the nallah. We made repeated complaints to the agencies that the drain is getting choked and needs to be cleaned up. But, they failed to carry out the work in time and we were at the receiving end during the last monsoon.

There was backflow into our colony’s drains,” says Chaman Lal, a resident of Siddharth Nagar, a nearby locality. “What's more, the garbage dumping obstructs the flow and creates cesspools, which are breeding grounds for disease vectors,” notes Bhatnagar.

Where sewage treatment plants dot the cityscape, all this has meant little. The sewage plants are not being used to capacity. And there lies the problem. “Illegal discharge of sewage even from sewered localities into the drain is a big issue,” Misra says.

Going by a report by UNESCO, over 70 percent of the pollution in Yamuna is caused by the dumping of sewage in these drains. “Barapullah and some of its tributary drains flow through stretches, such as Defence Colony, collecting a lot of muck below. Even the National Green Tribunal had imposed a stay on covering of drains in Delhi in 2014. Additionally, the elevated flyover constructed in the lower stretch of Barapullah has robbed it of the character of an urban stream,” notes Bhatnagar. Earlier the Archeological Survey of India had raised its objection to the corridor project as it came close to the monuments, especially the Humayun's Tomb which is a Mughal-era structure that is a world heritage site now.

Drain as a greenway

The Delhi government has recently presented a ‘Yamuna turnaround plan’ to central government’s Ministry of Water Resources to ensure that untreated water does not enter the river.

The comprehensive plan expected to be accomplished over the next two-and-a-half years has mapped every single sewage and pollution sources in the city into the plan. The plan focuses on river cleaning, development of the river bank as a biodiversity zone and treating the drains.

The School of Planning and Architecture had earlier proposed “uncovering the stretches which have been capped with cement slabs, clearing encroachments, beautifying adjoining monuments and building green paths and cycle tracks” for the revival of the drain.

Concretising and covering the drains reduce groundwater recharge. A heritage trail and an eco-mobility corridor were in the pipeline before the Commonwealth Games of 2010 but have not seen the light of the day. Attempts are underway to reimagine and develop the huge unused open space along the natural drainage of Barapullah.

“Indiscriminate and irresponsible concretisation and covering of some of the link drains as well as portions of the main Barapullah drain are a big threat to the drain system,” Misra notes. The National Green Tribunal (NGT) has in its judgement on January 13, 2016 directed all authorities in Delhi to ensure that “all the natural and manmade drains in Delhi are kept clean and free of obstruction and dumping of any material or municipal waste, in or around them should be strictly prohibited".

“Both the NGT and the Delhi high court have upheld the government policy that prohibits any construction and covering of drains in the city,” notes Misra. He is now opposing the recent move by the South Delhi Municipal Corporation to construct a dhalao or receptacle to collect municipal waste in the Nizamuddin West Basti in Sunehri drain, a sub-drain of Barapullah.

Delhi’s drains may become a sore point with residents in south Delhi this monsoon, with waterlogging and traffic snarls as in previous years. The city’s civic agencies like South Delhi Municipal Corporation (SDMC) and Public Works Department (PWD) have completed their targets for desilting of drains, informs their official website. As per a contractor, this time the focus is on cleaning of drains in unauthorised colonies where sewage and storm-water drains get mixed.

Huge investments in sewage treatment plants at the mouth of the river do not improve the state of its dirty drains. Will the Delhi Development Authority’s latest plan to develop a wetland on Yamuna’s floodplains at the drain’s mouth serve any good? Is this really a case of integrating green approaches into the storm-water management process?

“A wetland system for treatment keeping in mind the original drainage pattern of the Barapullah mouth will go a long way in helping both the river and the drain itself,” notes Misra. Around 300 acres of land has been identified near the drain’s mouth, on both sides for the wetland system. Untreated water will be diverted through channels to interconnected ponds and swales where aquatic plant species like algae and grass will oxidise the waters and treat it before releasing it into the river.

Some say that the intention of such a scheme is good, but the implementation needs to consider several aspects. “The drain meets the river at its western bank, where the river is higher and the floodplain spread limited. Has Delhi Development Authority identified sufficient land for this? Since most of the land is under cultivation, have farmers been consulted on this? Will they be provided treated water for irrigation?” asks Bhim Singh Rawat of South Asia Network on Dams, River and People.

According to Rawat, the plan is akin to treating the entire load of pollution at the end point. If that is the case, it is not different from any of the sewage treatment plants. “In case the Delhi government decides to go ahead with this, it should implement it all along the drain and not in a few stretches to bring down the level of pollution just before it reaches Yamuna,” adds Rawat.

"We have to avoid laying concrete over the drains and take up eco-friendly options. A long term solution is to treat polluted waters at the source through decentralised sewage treatment plants, including several unconventional treatments such as soil biotechnology plant and constructed wetlands,” sums up Bhatnagar.